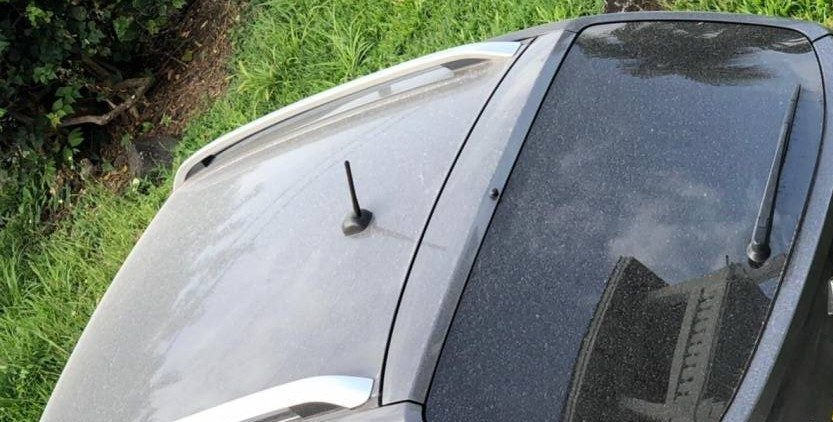 This story was posted 1 year ago
in Environment, Weather
2 min. read

Grenada is not only affected by a layer of Saharan dust which is expected to last until midweek, but also by ash particles from the eruption of La Soufrière volcano in St Vincent. The island of St Vincent is located 68.5 miles (110 km) north of the island of Grenada.

Nationals throughout Grenada woke up on Sunday morning to vehicles, vegetation and homes covered with ash particles. The Meteorological Office at the Maurice Bishop International Airport (MBIA) said this occurred because of low-level winds. The statement explained that while the forecast is for the ash to move off to the east and northeast of St Vincent, it is possible for minute ash particles to spread southward and deposit over Grenada.

“These small and light particles can be carried over Grenada by the low-level winds as they descend through the atmosphere. Ash deposition is likely to increase with periods of precipitation especially across northern parts of the state,” said a statement issued through the National Disaster Management Agency (NaDMA). 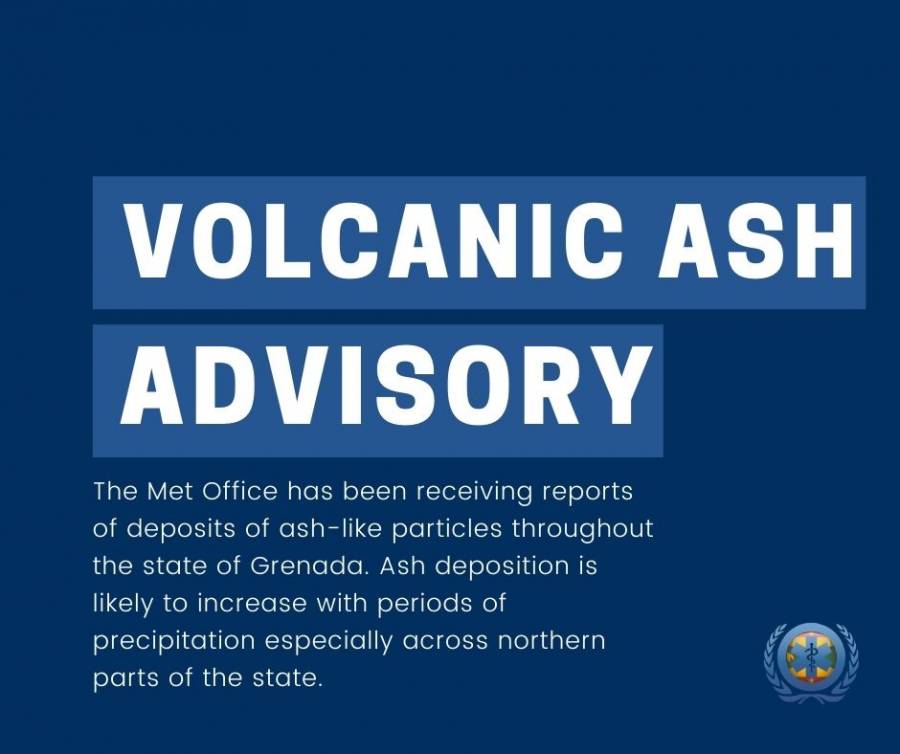 The Met Office said that observation of the Saharan air layer shows that there is a fair amount of Saharan dust in and around the Lesser Antilles including Grenada. “In addition, model guidance of Surface Dust Concentration indicates that a significant concentration of dust is expected to persist for the next day or two,” said the statement.

Grenada has issued a marine advisory for people venturing out at sea as a combination of volcanic ash and Saharan dust is expected to reduce visibility.

Several explosive eruptions have occurred at the volcano since Friday. Satellite imagery, according to NaDMA shows the volcanic ash plume spreading well to the east and northeast of St Vincent, and to Barbados.