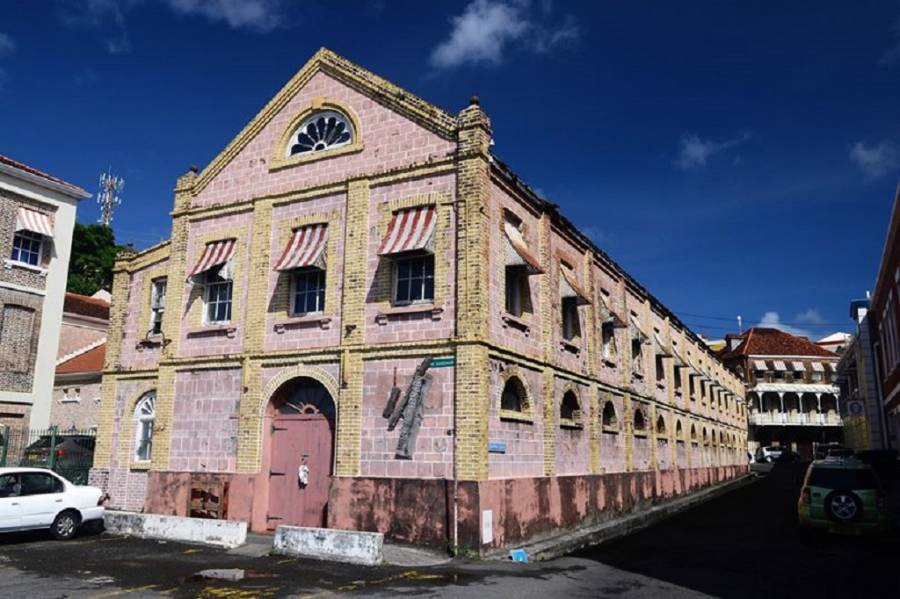 This story was posted 1 year ago
in Education, History, Video
6 min. read
Share

The National Archives of Grenada are at risk of being lost forever, warns Historian and Certified Archivist John Angus Martin, if authorities continue to do nothing to preserve and adequately archive its historical records.

Grenada’s National Archives are the country’s official repository for records of historical and institutional significance, which provide valuable insight and knowledge of Grenada’s history. The average Grenadian cannot easily access them as many irreplaceable archival materials are locked away and left to rot. It is believed that the country’s national archives are either inside the Public Library, formally known as the Sheila Buckmire Memorial Library, in St George’s, which remains closed, or in compartments at Fort George.

Local scholars or students wishing to conduct research must travel to access archival historical information and documentation on Grenada held overseas or search online for information that can sometimes prove quite limited.

This reality was expressed by Martin, who uncovered valuable information about the country to complete his publications A-Z of Grenada Heritage (2007) and Country Caribs and French Settlers in Grenada: 1498 – 1763. For this very reason, Martin, in the early 90s, developed and proposed that the Government of Grenada explore the establishment of a Grenada National Archives & Public Records Management Programme to preserve our national identity.

The 20-page Archives Plan 2013 document shows the need to implement such a programme and outlined a 5-phase process towards achieving its creation and management. The document also provided information on the legislative framework that must be put in place and possible international agencies willing to assist countries in implementing such a system by possibly providing funding and or technical assistance by way of professional archivists and curators.

In the introduction of the document, Martin stated that “the continued neglect of the establishment of a national archive to house our collective memory could lead to a national identity crisis in the near future”. In an exclusive interview via Zoom, the historian related his experience of gathering information about Grenada from outside sources, having travelled to France, the UK and the United States, which sadly contains a wealth of information about Grenada which is not easily accessible or available here.

“Grenada does have specific documents that lots of people would love to see, but because we do not have an archive, then there is nowhere to access that. The documents that Grenada has are locked away in the back of the library and those have been inaccessible for quite some time and even if they were accessible, the problem is that a lot of the documents need preservation,” he said.

Surprisingly Martin said information on Grenada’s historical births and deaths are accessible through genealogy research centres across the US and the UK which are run by members of the Latter-day Saints or the Mormons after they received permission in 1989 to copy these documents. This he said has proven quite useful since many of these documents including deeds in the Supreme Courts Registry office are now lost forever. Furthermore, it seems that authorities have relinquished their responsibilities as public stewards to third-party organisations such as Google, Ancestry and Internet Archive, which store and distribute copies of some documents on remote servers. However, for these documents to become available online, they must first be copied and digitised, a venture that can be quite costly for researchers.

Martin hopes that the Government of Grenada will move swiftly to implement such an initiative before Grenada’s archival documents are lost forever. “The French documents in Grenada were probably destroyed in a fire. We haven’t been able to figure out exactly but most likely because we had some fires that destroyed St George’s… the French documents are not in Martinique or anywhere else. Like births and deaths during the French period, those are nonexistent, which is sad because if something like a fire should happen to that one building in St George’s where these documents are then it’s gone because there are no copies anywhere else. And that’s why we need a national archive,” he said.

Funding such a project can be quite costly. However, in the age of the internet where information can be used to generate revenue, Martin believes if the archiving facility is set up correctly then it should be able to fund its own operations since there is an increasing demand for historical documentation by researchers who are willing to pay to obtain them. Another avenue for revenue generation is the increasing demand for genealogical research to trace family ancestry. Once the government can understand the economic potential that can be created by establishing a national archive, there might be more significant effort soon to preserve and restore the country’s historical documents.

Meanwhile, public access to important archive information continues to be a challenge. Concern citizen and entrepreneur Emmanuel Duncan has lamented on this very issue after having experienced the frustration of having to navigate through a labyrinthine bureaucratic system in search of national archives only to be told that they are locked away in the Public library which cannot be accessed by the public.

“Learning that [National archive] is not accessible is a bit disappointing but I am pretty sure that there are people who possibly know better and can point us in the right direction”. Duncan said he is unsure of its present state or where the country’s national archive is located but is quite certain that Grenadians must be made aware as a matter of national importance. “I think it is interesting to know where is our history…The importance of the national archive or that repository of documentation that reflects our history is extremely important to us and it must be kept in a manner that is accessible and well cared for.” He continued, “a bit of investigation is needed. Is it really in that condition or is it perfectly safe and accessible somewhere, which we all want to hear.”

Educator and Activist, Kwabena Amen said, “The majority of our documents from 1979 to 1983 was taken by the US, scanned and sent back to us and they are now buried under Fort George. Our library has documents and books for our people’s intellectual development [and] is closed…If we want to research anything about Grenada then we would have to go to Europe, America or England to find information relating to us.”

Head of the University of the West Indies (UWI), Open Campus, Grenada, Dr Nicole Phillip-Dowe also sees the establishment of the National Archives & Public Records Management Programme as a matter of national importance. “On the matter of a national archive, it’s imperative that a common space that would facilitate research and writing be established in Grenada. People doing research on Grenada in particular the colonial period have to travel to the UK to access colonial office documents. With a national archive, arrangements can be made for interlibrary loans or copies of some of these documents to be housed in Grenada. Papers and documents of noteworthy Grenadians like George Brizan can find a home in special collections. This space should also be equipped with computers and printing services for youth who do not have access at home to complete their School-Based Assessments (SBAs). It should be staffed with competent librarians and technical staff to assist its users,” she said.

The government previously mentioned an initiative to digitise public records, however, efforts made to contact officials at the government ministry requesting information on the whereabouts of the national archives proved futile. 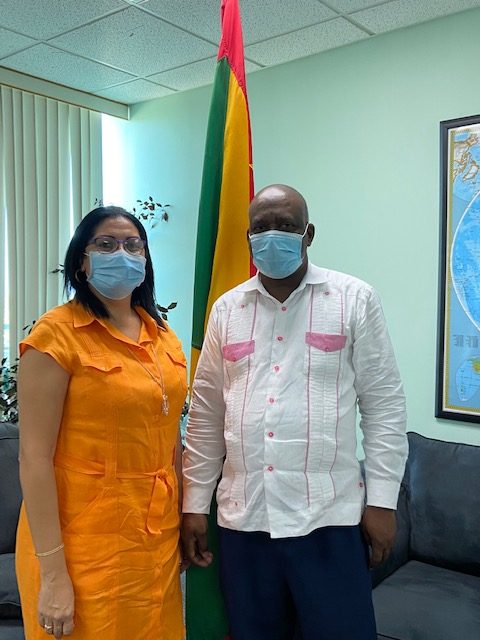