Prime Minister, Dr the Right Honourable Keith Mitchell, met with executive members of the Grenada Trades Union Council (GTUC) this week, to discuss concerns raised by the GTUC regarding the recent questioning of a trade unionist by officers of the Royal Grenada Police Force (RGPF).

Dr Mitchell assured the union officials that the RGPF operates as an independent body, with no interference from him in his capacity as Minister for National Security.

He said, “I do not get involved in police operational matters relating to breaches of the law. The RGPF is independent and the law is clear, therefore I expect them to be guided by its provisions. Some people actually feel my position is too liberal but I stand by it. I am not always happy with the actions or decisions of the police and I have expressed my opinion sometimes, but I do not interfere.”

Dr Mitchell cautioned that those who perpetuate the view that the Minister of National Security dictates the actions of the RGPF may have ulterior motives. He said, “There seems to be a deliberate attempt to feed the perception that I control the police force or give instructions on how the force operates. I get the impression that persons may be using this for political mileage. Therefore, I would encourage you as trade unionists to be very discerning in your operations. Do not allow persons to use trade unions and your membership to create political mischief.”

The GTUC team, led by President André Lewis, expressed concern that the decision to question the President of the Grenada Union of Teachers (GUT) appears to relate more to the tense industrial relations climate, rather than the failure to adhere to Coivd-19 protocols. They also indicated that the approach to summon one union representative was a departure from previous instances, where the union leadership was invited in to talk to the police.

In bringing clarity to the situation, Commissioner of Police Edvin Martin said it appears to be one created by a misunderstanding of what obtains under a State of Emergency.

He explained that under ordinary circumstances, the RGPF simply needs to be notified about any planned protest action. However, given the current State of Emergency, the regulations call for permission to be sought for any activity involving more than 20 persons.

In the particular instance for which the GUT President was questioned, the requisite permission was not sought. However, for subsequent similar actions, due process was followed and the Commissioner acknowledged this.

Both the Prime Minister and the Police Commissioner commended the GTUC for the diligence displayed in executing the 1 May Labour Day celebrations that were fully compliant with existing protocols. The Prime Minister further commended General Secretary of the GTUC Bert Patterson for his positive position on vaccination shared during a recent forum organised by the Ministry of Health.

Referencing the ongoing industrial action by some teachers, the Prime Minister reiterated his position that while he does not agree with the action, they are within their right to do so. He also restated Government’s commitment to honour the 4% increase as soon as the fiscal situation allows.

All parties present agreed that communication and collaboration are critical to maintaining good relations, while recognising that everyone has a specific role to play in the country’s democratic process.

Dr Mitchell said, “I thought this was an excellent meeting. This is the approach we need to take when there are issues to be resolved. Our country continues to do reasonably well and that’s the result of our collective work. We must continue to work together as we combat this pandemic and forge ahead with development.”

NOW Grenada is not responsible for the opinions, statements or media content presented by contributors. In case of abuse, click here to report.
Tags: andre lewisbert pattersoncoronaviruscovid-19edvin martingisgrenada trades union councilgrenada union of teacherskeith mitchellpolicestate of emergency
Next Post 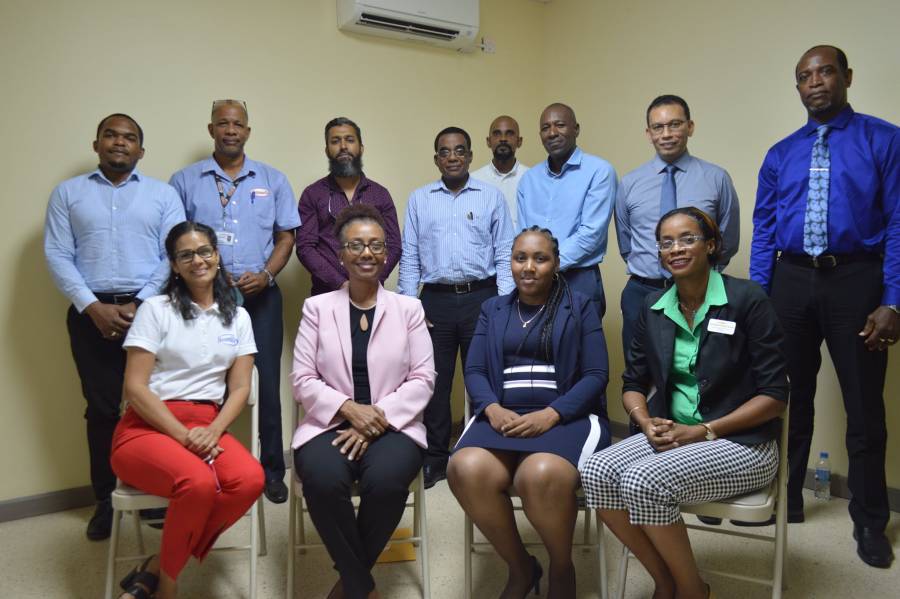