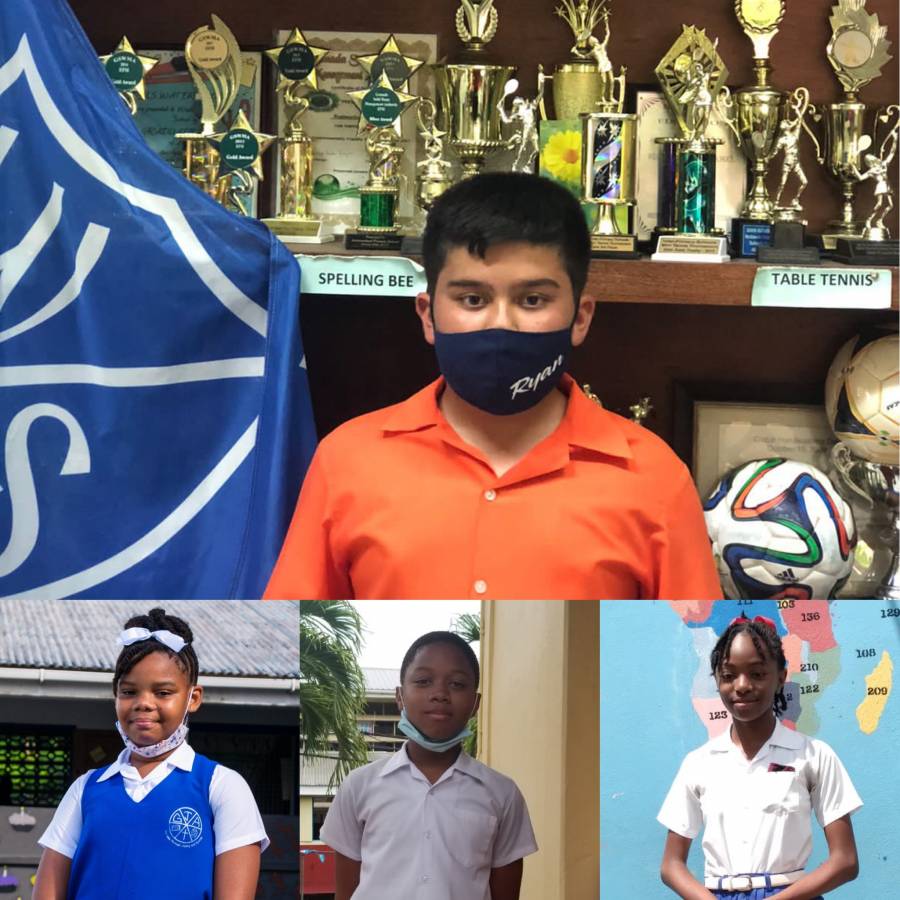 This story was posted 1 year ago
in Education
4 min. read

Chow Chung scored 488 points in the exams and is an average boy with love for technology and video games; board games and cards with his granddad; football with his schoolmates and occasionally tennis, in his spare time. His love for his 6 dogs and 5 birds prompted him to pursue a career as a vet. “I want to be a veterinarian to care for small animals like dogs, cats and hopefully some exotic animals like snakes and lizards,” he said.

Like many other students throughout the island, 11-year-old Chow Chung sat a high-stake exam during the Covid-19 pandemic that significantly disrupted normal school operations and forced schools to transition to a virtual learning format. He recalled the difficulty faced when preparing to sit the exams and adapting quickly in preparation. “We had to be distant from the teachers whether it be online or physical. Online sometimes there will be internet problems so we couldn’t hear the teacher properly, and physical, since the teacher will be so far away.”

Despite the odds, he persevered, topping the island and making his school proud. He said the CPEA exams did not prove too much of a challenge, and he found Mathematics and Science to the easiest subjects to complete since this is where his strength lies. In September he will attend Presentation Brother’s College (PBC) and looks forward to his new life at secondary school.

“It’s going to be much harder than grade 6, but all I need to know is just to pay attention and just keep pushing,” he said, welcoming the challenge.

Chow Chung was followed by 11-year-old Tiana Mitchell of the Grenada Junior Academy, who scored 485 points on the CPEA exams. She too experienced challenges in preparing for exams, especially during a global pandemic, but performed extremely well. Like many students, Mitchell faced poor internet connection while attempting to learn via the Zoom platform, and the school’s temporary closure made adjusting to learning from home difficult. She said, “Mathematics was the easiest because that’s my favourite subject but the Social Studies was a little hard for me.” But despite those challenges, Mitchell was among the top 3 performers. Mitchell has 2 career goals in mind, one being within Marine Biology and the other as a Hotelier. In September, she will attend St Joseph’s Convent, St George’s. Mitchell loves to sing and dance in her spare time and describes herself as being creative with her hands by building stuff from scrap objects.

Meanwhile, not every student has fully mapped out their future career. Kheun Smart of St Andrew’s Methodist school tied for third place in the CPEA with 12-year-old Ashiel Jessamy of St Martin de Porres Roman Catholic School, with a total score of 483.

Smart knows that he will become the CEO of his own company one day but has not yet decided on the type of business. He said, “I do kind of have a career goal, I aspire to be a CEO of what I do not know, but I aspire to be one as well as I have the hobby to become maybe a YouTuber on the side for maybe some fun and relaxation as well as to make money.” Despite his youthful indecisiveness, Smart plans on becoming successful.

Smart’s love for video games and electronics is equally matched in his spare time, and he enjoys swimming and basketball. Mathematics, Social Studies and General Science were the most exciting subjects for him.

In preparation for the exams he said, “I studied each subject every day, and I also did like past papers as well. I also got more past papers online from like Cuba, some from America. I don’t there were any subjects I found difficult, but they were a little challenging.” Smart will attend St Andrew Anglican Secondary School (SAASS) in September.

Though Ashiel Jessamy has a high expectation for attending a new learning institution, the St Joseph’s Convent, St George’s in September, she said she will miss her old school. “I felt confident, but I am going to miss this school and the children, but it’s a new beginning and I am excited.”

A lover of mathematics, the 12-year-old said the exam was quite easy. When asked about her career goal, Jessamy responded confidently to being a medical doctor. “I would like to be a doctor however this might change because I want to work in curing viruses and diseases, mostly cancer,” she said. Jessamy said the change to living during the Covid-19 pandemic didn’t affect her learning much apart from the occasional challenge. 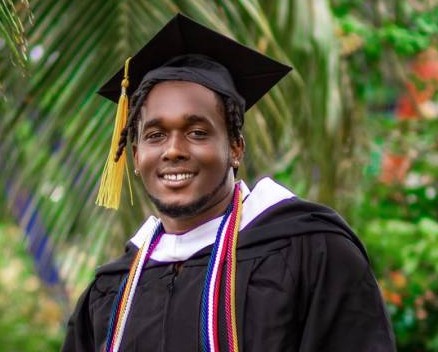