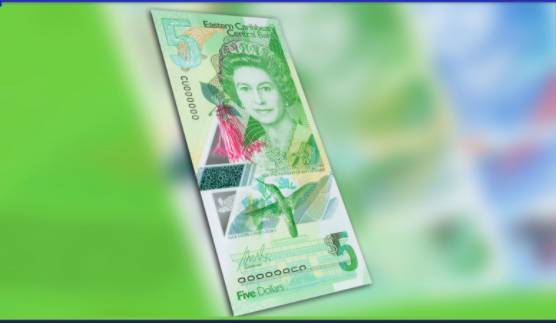 Banknotes are most used currency in ECCU

Banknotes are most used currency in ECCU

This story was posted 12 months ago
in Business
2 min. read

By the end of the first quarter of 2021, the recent DCash initiative of the Eastern Caribbean Central Bank (ECCB) accounted for 0.03% of the money in circulation.

“The aggregate currency in circulation at the end of the financial year reflected an increase of $18.91 million (1.49%) above the total in the previous financial year,” said the report which became publicly available as of 5 July 2021.

The Bank in May 2019 launched its new EC polymer banknotes starting with the $20, $50 and $100, and by March 2021 the Bank issued the $5 polymer which was the last note to be placed on the market to complete the circulation of the full family of EC polymer notes.

“Throughout the financial year, the Bank works closely with the financial institutions and vending machine operators in getting their ATMs and other currency apparatus to enhance the efficient distribution of polymer banknotes,” said the report.

Under the subtopic currency management, the report also confirmed that the Bank continued its participation in commemorative coin programmes with the Commonwealth Mint and Scottsdale Mint, which realised significant receipts in royalties during the year.

During the year under review, the ECCB recorded an expansion in its foreign reserve portfolio to approximately EC$4.6 billion. “That was primarily due to an increase in the market value of fixed income securities. Reserve levels were about 5.0% above its 12-month average, with valuation changes responsible for most of the adjustments,” the report explained.