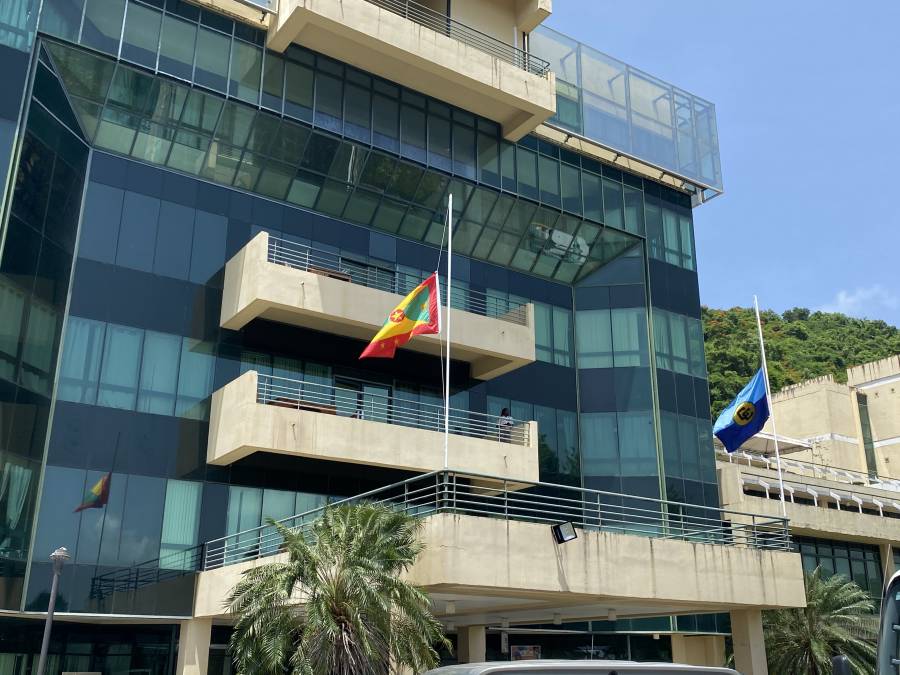 The Caricom Standard is being flown at half-mast on the Ministerial Complex in Grenada as a mark of respect, following the assassination of Haitian President Jovenel Moise on Wednesday.

An emergency meeting of Caricom leaders on Wednesday afternoon agreed that “As a mark of respect, the Member States of the Community and the Caricom Secretariat will fly their national flags and the Caricom Standard at half-mast for 3 days beginning immediately, as well as on the day of the funeral.”

In keeping with this agreement, the national flag on all Government buildings are expected to be flown at half-mast for the stated period.

Caricom leaders, including Grenada’s Prime Minister Dr the Right Honourable Keith Mitchell, also expressed condolences to the family of the late President and the Government and People of Haiti.

Prior to the Caricom meeting, Dr Mitchell led his parliamentary colleagues in observing a minute of silence during the meeting of the House of Representatives.