This story was posted 11 months ago
in Business, Law
3 min. read

Weeks after announcing that it will take the Government of Grenada to the World Bank’s International Centre for Settlement of Investment Disputes, the owner of the Kimpton Kawana Bay Hotel project officially registered the matter on 9 July. It is now labelled as one of the pending matters on the Centre’s website as ICSID claim case number ARB/21/37 https://icsid.worldbank.org/cases/pending.

Under the Centre’s rules, the Government will be obligated to comply with any ICSID ruling from the arbitration proceedings, which is regarded as a tribunal of final resort in sovereign investment disputes.

True Blue Development asserts that the arbitrary and unlawful conduct of the Government of Grenada has thwarted the successful completion of the Kimpton Kawana Bay Resort on the island, which the Government approved in 2017. It is one of the Citizenship by Investment (CBI) projects which provides for investors to receive citizenship of the country after an investment.

The arbitration request has been made under a binding 1986 Treaty between the United States and Grenada concerning Reciprocal Encouragement and Protection of Investment, which was signed 2 May 1986 and entered into force 3 March 1989.

The 4 main objectives of the treaty provides for foreign investors to be accorded treatment in accordance with international law and are to be treated no less favourably than investors of the host country or no less favourably than investors of third countries, whichever is the most favourable treatment (national or most-favoured-nation treatment) subject to certain specified exceptions; International law standards shall apply to the expropriation of investments and to the payment of compensation for expropriation; Free transfers shall be afforded to funds associated with an investment into and out of the host country; and Procedures are to be established which allow an investor to take a dispute with a Party directly to binding third-party arbitration.

Consistent with Article II paragraph 1, each Party reserves the right to maintain limited exceptions in the sectors or matters. The limited exceptions sectors for the USA are air transportation; ocean and coastal shipping; banking; insurance; government grants; government insurance and loan programs; energy and power production; custom house brokers; ownership of real estate; ownership and operation of broadcast or common carrier radio and television stations; ownership of shares in the Communications Satellite Corporation; the provision of common carrier telephone and telegraph services; the provision of submarine cable services; use of land and natural resources.

According to the treaty the limited exceptions for Grenada are Air transportation; government grants; government insurance and loan programs; ownership of real estate; use of land and natural resources.

This will be the third time that the Government of Grenada is taken before the ICSID. In the 2 previous occasions Government won one matter, while for the other matter the claimant had a settlement of US$63 million.

Newfield was assigned as an Ambassador at Large and Consul General for Grenada but resigned from those posts on 20 May 2021 claiming the Government has adopted “an anti-business regime” that disregards investors’ rights, and breaches agreements. 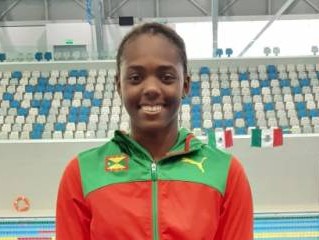