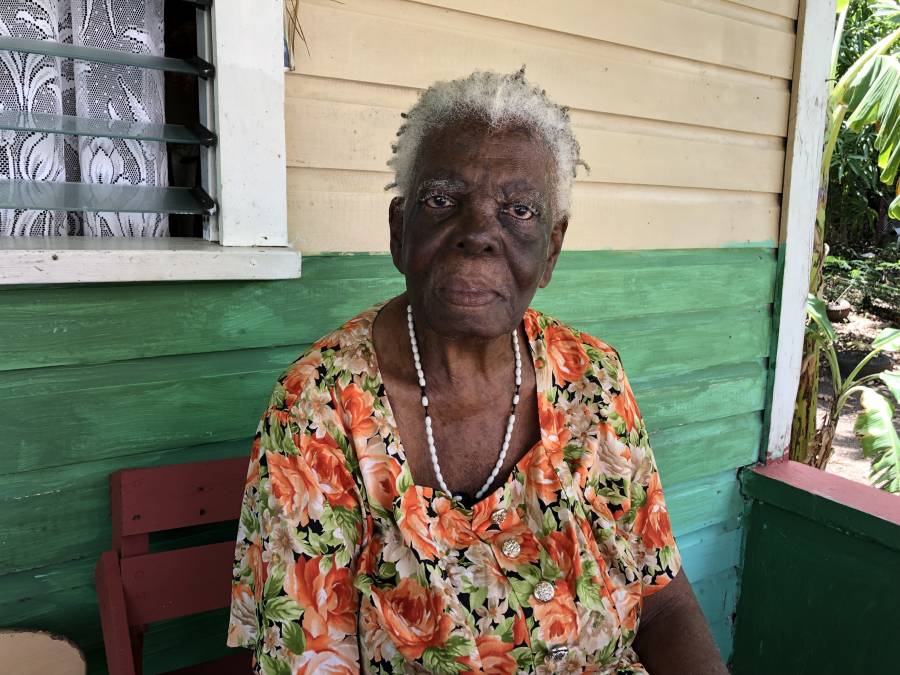 Margaret Catherine Lewis, affectionately known as the Queen of La Baye Town (Grenville), continues her rich family legacy of producing homemade confectionery which was started by her great-great-great-grandmother.

86-year-old Lewis is among the last original market vendors in the big parish, and after almost 70 years of vending on the streets, she still feels energetic enough to get up before 6 am every morning to manufacture her delicious goodies. Then, with a box of confectionery on the top of her head, she would sell in the local vendors market.

Lewis’ products bear the name Aunty Maggie’s and comprise sugarcake, ginger sweets, coconut candy, coconut fudge, tambran (tamarind) balls, chip chip and her secret recipe of peppermint sweets. She holds the family recipe for Grenadian homemade sweets which was passed down to her by her mother Annie Lewis.

At her home, the aroma of candy extends beyond its modest structure on Seaton Street, Grenville, St Andrew. She was recently featured on Grenadian Women Inc Facebook page for her 85th birthday, where they attributed a comment made by an American tourist who tasted her sweets and said, “If she was living in America her recipes would have been locked up at the Smithsonian Museum.”

A very soft-spoken, petite woman, Aunty Maggie has a keen eye for making sure that exceptional quality and consistency are the norms for making her confectionaries. She remembers the family legacy that started decades earlier and was taught to her by her mother. “From the time I know myself, my mother and I used to make potato pudding, man and horse, sugar cake, ginger sweets, peppermint; and from there we had an oven where we used to bake on Jubilee Street until my mother bought a house and moved here,” she said.

Although having to sell her mother’s creations from a very young age, Aunty Margaret started to learn the family’s trade at age 13 and quickly fell in love with the tradition. Lewis remembers briefly leaving the family business in her 20s to pursue employment at Chichester’s Nursing Home, but she would continue to sell on weekends whenever she had time off from work. After almost 29 years at the nursing home, she returned to continue the sweets tradition.

She said that confectionery making is extremely hard work that requires patience and technique in order to produce her sweets. “The groundnut cake, for instance, you have to parch it, clean it and then you have to boil the syrup with the different spices.” Lewis’ confectionery is very popular with the Grenadian diaspora, especially those who grew up eating her sweet delights.

Having experienced many wonderful years of a consistent customer base who have grown up on her sweets, Lewis has been around long enough to see the town of Grenville transform but in recent times the town of La Baye has since changed dramatically amid increasing competition from other vendors looking to cash in on the same trade.

“Sometimes things good and sometimes things bad, but for now I think now is the worse [for business] for all my years, sometimes I go in the market and I not even selling…and the thing is that it has more people selling the same thing.”

Over the years she has remained dedicated to selling at every event in Grenville from the old days of horseracing in Telescope to modern-day school sports. Aunty Margaret remains committed to continuing the family legacy by teaching her daughter Natasha Clyne the family recipes and techniques. And although her daughter has chosen another career route of becoming a teacher, Lewis hopes that the family legacy can continue long after she is gone. 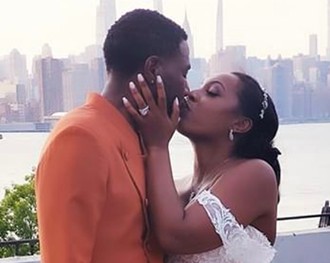