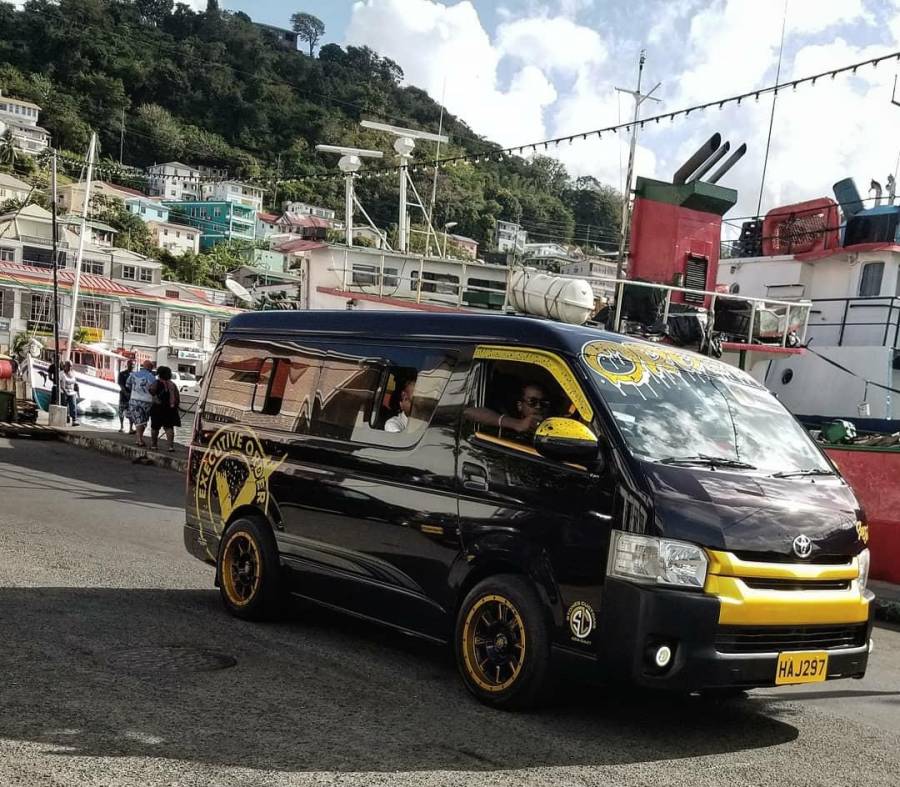 A Grenada bus on the Carenage. Photo: Christopher Bancroft
Share

Changes to bus fares, routes, and fuel costs, are expected to be some of the recommendations when the Caribbean Development Bank (CDB) completes a comprehensive transportation study in Grenada that will commence in September 2021.

“The Caribbean Development Bank is embarking on a full pledge study of the transportation sector, the type of energy that should be used, the number of routes that you should have, the expenditure per route and what the consumer should be paying,” Finance Minister Gregory Bowen recently disclosed to the media during a news conference.

“The busmen will be consulted; the users, the private owners of vehicles and the commuters using the public transport, they will also be consulted and after that they will recommendations from the consultants on whether there should be an increase.” Bowen explained that a market study must first be done to determine the rate of bus fares through the island.

“The busmen are aware of this, so it is not like their voices are not being heard and attended to… That is why you have a sort of standstill period now while this is being undertaken,” Bowen said as he justified Government’s decision to halt an increase to bus fares. The National Bus Drivers and Owners Association has been seeking Government’s agreement to a 50¢ increase on each route.

Explaining a component of the study, Bowen said that one component is the process of moving to non-fossil fluid in the transport sector. “That is how we will be able to look at the long-term cost and put a model in, that you will not have to pay as much for fuel for a period of time,” he said. Transportation Minister Norland Cox said that study will be no more than 12 months.

In the last quarter of 2020, members of the Houses of Parliament amended the Road Traffic Act to create the Grenada Transport Commission. Its purpose is to advise the Minister for Transportation on all matters pertaining to road transport and traffic. These include transport rates, fares, tolls, dues or other charges; licence duties and fees in respect of motor and other vehicles; the needs of any area or areas in relation to traffic (including the provision of adequate, suitable and efficient services and the elimination of unnecessary or unremunerative services) and the co-ordination of all forms of passenger and goods transport; road safety; the regulation and control of traffic; regulating road transport and measures for controlling public, private and commercial transportation and establishing conditions under which they may operate.

According to the legislation “No rates, fares, tolls, dues or other charges charged by public service vehicles shall be increased except with the prior written approval of the Minister in consultation with the Commission.”

Any owner, driver or conductor of any public service vehicle, or any other person on their behalf, who knowingly demands, collects, or attempts to collect any increase in the rate, fare, toll, due or other charge charged by such vehicle when such owner, driver, conductor or other person knows or ought to know that such increase has not had the prior written approval of the Minister in consultation the Commission, commits an offence.