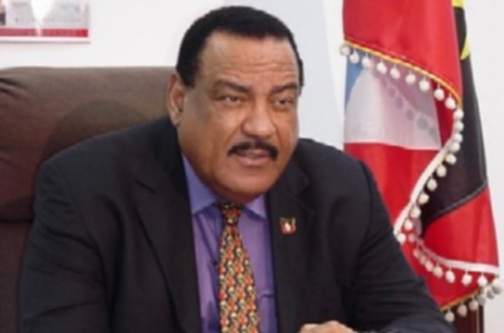 Dr Mitchell who is the current Chairman of the OECS Authority, said the Caribbean has lost one of its illustrious sons.

The late Sir Lester Bird was first elected to the House of Representatives in 1976 and was appointed Deputy Prime Minister. In 1994, he led the Antigua Labour Party to victory in general elections and became Prime Minister. He also served 2 terms as Chairman of the OECS.

Reflecting on his interaction with the former Prime Minister, Dr Mitchell described Sir Lester as a ready and willing source of advice and inspiration, particularly when he was first elected as Prime Minister.

Dr Mitchell said, “Sir Lester made a valuable contribution to regional discourse on numerous issues. For me personally, he was a welcome and readily accessible source of advice when I first became Prime Minister of Grenada. In the ensuing years, we shared a very close relationship, he was very approachable and I will be forever grateful for the many conversations we had and the advice he selflessly imparted. As he takes his departure from this life, I can only extend deepest condolences to his family and to the Government and people of Antigua and Barbuda. Our sister nation has lost a hero and the Caribbean has lost one of our most renowned leaders. May his soul rest in eternal peace.”

NOW Grenada is not responsible for the opinions, statements or media content presented by contributors. In case of abuse, click here to report.
Tags: antiguagiskeith mitchelllester bird
Next Post