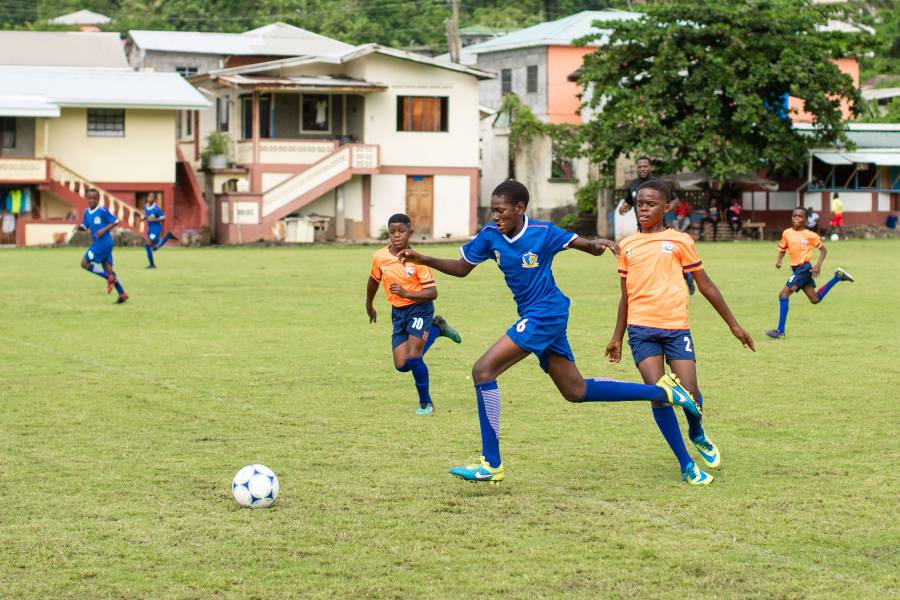 GFA U13 Boys Competition off to great start

GFA U13 Boys Competition off to great start

St Andrew Big Parish Stars, St George Royal Cannons, and St Patrick Crown City Strikers all walked away with wins in the first round of matches of the GFA U13 Boys Competition.

The tournament was launched on Saturday at the Alston George Park with 6 teams representing each parish on the mainland. Players were upbeat with the excitement of competing at this level being very visible. Speaking at the opening Technical Director Jerry Alexis said, “One of the objectives of this tournament is to look at U15 players for the CFU level next year and the Concacaf U15 Competition the following year. We believe if we can push the young players in the right direction, developing the proper technique and discipline now, eventually football in Grenada will grow.”

GFA Director for St Mark Wayne Francis, and Director for St Patrick Jester Noel both welcomed the U13 Competition as a major step in the right direction for the organisation in developing players at a younger age. Francis also hinted, “The GFA is planning a U10 competition in the coming months for even further youth development.”

Match 1 was keenly contested by St John Dolphins and St Andrew Big Parish Stars. In the end, St Andrew was triumphant, 3 goals to 2. Scoring for the Dolphins were Amelio Stanisclaus and Kewione Francis, while Delron John scored all 3 goals for the Big Parish Stars.

Promising young goalkeeping prospect for the St John Dolphins Tayden Bernadine said, “It was a great experience playing against other teams. I would like to go further and make it to the Champions League in the future.” Devonte Wilson of Big Parish Stars was equally excited saying, “I had fun and I am excited to play the next match. My hope is that my team wins this competition.”

The competition will run for 5 weeks in which each team will play each other once. The winning team will go over to Carriacou to play a U 13 team there during the final weekend in August. Matches continue in River Sallee on Saturday, 7 August 2021.