This story was posted 1 year ago
in Health
4 min. read

Of the over 1.2 million species we have identified so far that inhabit the planet that we have affectionately come to call Earth, we – humans – have decided to give ourselves the Latin name Homo sapiens.

Homo is the Latin word for ‘man’ or ‘human’ and sapiens can be translated as meaning ‘wise’ or ‘astute.’ Thus, in a nutshell, of all the species that share this planet, we deem ourselves to be the wise ones.

The latest IPCC report, however, seriously challenges this self-appointed title. In their latest report, the Intergovernmental Panel on Climate Change has just shown Homo sapiens a red card! Of the estimated over 8 million species other lifeforms that exist on this planet, there is only one species and one species alone that has been found not to be playing very nice with the other tenants. Indeed, not only has this species singular been found not to have been playing nice, of even greater concern, this one species is now threatening the very survivability of all the others!

In 1988, the UN set up the IPCC to assess the science around climate change. In a way, they sort of monitor and check to see that human activities do not adversely affect those of the other live forms as they too go about their activities. This week they released their 6th report, and let’s just say, the report card on humans is pretty damning.

Whereas in past reports the IPCC has repeatedly shown homo sapiens the Yellow card, this time around, they have decided to pull out the Red card. Why? Well, due to basically the very rough way homo sapiens have been ‘playing,’ this has threatened one of the planet’s core systems which is absolutely vital to the survival, and hence existence, of all life on this planet, namely our climate.

It doesn’t take someone with a PhD to be able to clearly see, and now in more and more cases, actually feel, that things are clearly out of whack with our planet’s climate. Whether it is the ‘rare’ Category 3 or higher hurricanes that has now become multiple annual events, or the once in a century Biblical flooding that occurs every time it rains, all now clearly realize that Climate Change is not just some fancy term academics talk about at stodgy conferences, but a real nightmare phenomena they have personally experienced as they watch their cars and crops get washed away from the perch of their flooded homes’ rooftops.

The latest IPCC report leaves no doubt as to who is responsible for all the ‘natural disasters’ currently pummeling the planet. Whereas in their past reports they have somewhat hedged in their assessment of blame (for example, is this all just part of the natural cycles seen in nature or can one clearly deduce man’s figure prints as the true genesis of these disasters). Their latest report now states unequivocally that humans are the one and only species to blame.

Grenadians make up less than 0.001% of the humanity inhabiting this planet and so our contribution to the current situation, where not only our survivability but that of all species is severely threatened, is likely miniscule. This, however, should not allow us to assuage our consciences into abdicating our efforts to try and make every effort possible to ‘right this wrong’ since we have played part, albeit small, and owe it to other players to change our ways.

Climate change has been primarily driven but our insatiable consumption of fossil fuels to literally drive, light up and sustain the present high energy consumption type lives we have come accustomed to. No, it is not being suggested that we revert to our alleged ‘caveman’ days, but rather, that we wean ourselves off completely all fossil-derived types of energy. Coal, oil, and natural gas must all go the way of the dodo bird.

A firm and nonreversible conversion to renewable sources of energy is needed since yesterday. Policies that help us convert to electric cars for transportation, and help power wind, solar, thermal and wave energy to generate power should be enacted. Concomitant with such policies should be taxes and penalties that make the use of fossil-derived energy more and more costly and eventually untenable.

So the referee has given us the Red Card. In football, that typically means you miss the next 2 games. Given that climate change is an existential issue, that is, our very continued existence on this planet is at stake, we cannot simply afford to go off to the locker room sulking and just wait until we are allowed back in the game. There might not be a game to return to if we adopt such an asinine disposition. Rather, let’s decide to really live up to the meaning of the Latin name we anointed ourselves with and prove that we are truly wise.

NOW Grenada is not responsible for the opinions, statements or media content presented by contributors. In case of abuse, click here to report.
Tags: climate changehomo sapiensintergovernmental panel on climate changemartin forde
Next Post 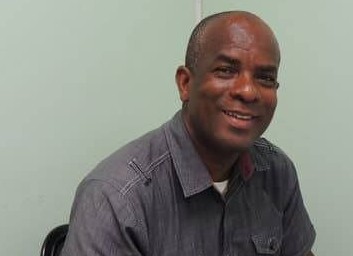