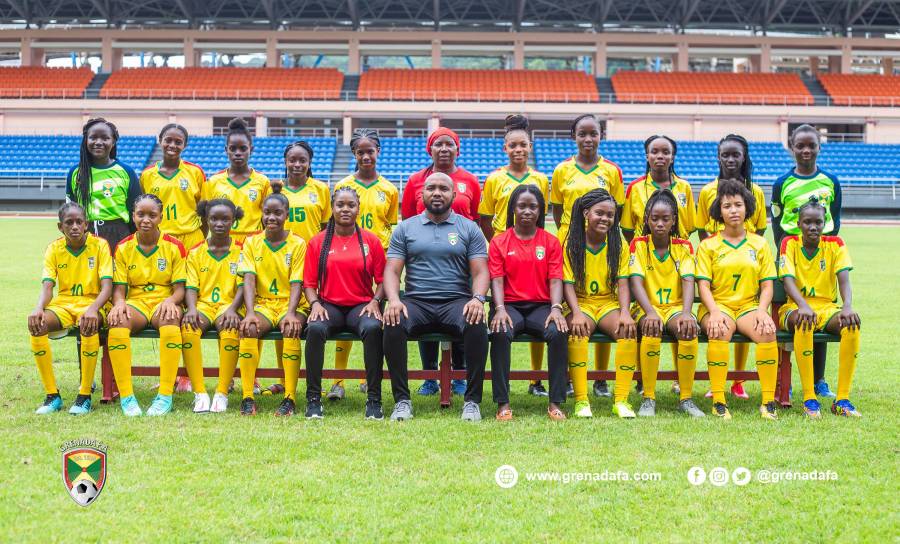 Spice Boyz U14 and Spice Girlz U14 teams are among 19 teams in the hunt for regional youth football supremacy.

The Grenada Football Association officially announced the National Boys’ and Girls’ U14 teams on Wednesday ahead of the 2021 Caribbean Football Union’s Boys’ and Girls’ Under-14 Challenge Series, which will take place in the Dominican Republic from 22-29 August 2021.

This year will be Grenada’s first time entering the U14 Girls’ category. In the 2018 edition of the series, Grenada’s U14 Boys finished second in their group stage behind Jamaica.

The developmental competitions give budding players and referees, including coaches, much-needed practical skills to advance to the next level. It also provides a platform for players to engage in friendly competition while showcasing their skills, grasping the laws of the game, and underpinning the spirit of the game.

For both competitions this year, the teams are divided into two tiers. Curacao, Dominican Republic, Grenada and Haiti are drawn into the Boys’ Tier 1, while Aruba, Bonaire, Turks and Caicos Islands, and United States Virgin Islands are in Tier 2. For the girls, Grenada, Dominican Republic, Haiti, Jamaica and Puerto Rico make up Tier 1. Tier 2 is comprised of Aruba, Curacao, St Kitts and Nevis, St Lucia, Turks and Caicos Islands, and US Virgin Islands.

Spice Boyz U14s will face host Dominican Republic on 22 August, while Spice Girlz U14s debut match will be against Jamaica on the same day.

Both teams leave Grenada on Friday, 20 August. The Grenada Football Association congratulates all the players and officials selected to represent the Spice Isle and wish them the very best in their new football experience.

The National Boys’ and Girls’ U14 teams rosters and fixtures are as follows:

SPICE GIRLZ U14 ROSTER AND FIXTURES:

SPICE BOYZ U14 ROSTER AND FIXTURES:

NOW Grenada is not responsible for the opinions, statements or media content presented by contributors. In case of abuse, click here to report.
Tags: grenada football associationspice boyz u14spice girlz u14
Next Post

Ministry of Finance prepares for Budget 2022