This story was posted 9 months ago
in Health
2 min. read

Police have confirmed that clerical staff at its headquarters were requested to remain at home until the PCR result of the Covid-19 test conducted on a member of staff determined whether she is positive or not.

It is understood that between Sunday, 22 and Monday, 23 August 2021, some members of the clerical staff were called at home and instructed to stay away until they are told to return to the workplace.

When asked to confirm via Whatsapp message if the clerical staff was sent home or asked to remain at home, the Community Relations Department responded with confirmation but did not provide details.

It is understood that the staff who is attached to the “typing pool” was tested positive following a rapid test after displaying flu-like symptoms. As a precaution, those who were in close contact were asked to isolate themselves pending the result.

The instructions to the clerical staff were ordered the same day that the police confirmed one of its clerical staff who is an Imani at the Gouyave Police Station had tested positive for Covid-19. The news release issued on 21 August 2021 said that: “On Thursday 19th August 2021, an Imani Trainee attached to the Western Division of the RGPF started exhibiting symptoms synonymous with Covid-19. As a result of this, she was tested by health officials and ordered into quarantine. The Division also commenced its response mechanism to curtail the unfolding situation.”

Elaborating on the positive confirmation the release said, “On Saturday 21st August 2021, confirmation was received from the Ministry of Health of her positive status. Therefore, several persons with whom she was in contact with were ordered to isolate and officials are presently conducting rigorous additional tracing to address this new development.”

That news release on Sunday, 22 August 2021, coincided with a voice note which claimed that contact tracing of Covid-19 cases had proven that Grenada was compromised because there were a lot of cases. The voice said that carnival activities had unleashed the virus in Grenada. “A number of police officers and their families are coming down with this thing,” said the voice note, which many believed was the voice of Superintendent Vannie Curwen, Head of the Community Relations Department.

“The RGPF is presenting investigating the circumstances that led to this very unfortunate occurrence and encourages the public to desist from transmitting this recording,” the release said.

On Monday, Superintendent Curwen was on several media houses denying that it was him who sent out the voice note.

NOW Grenada is not responsible for the opinions, statements or media content presented by contributors. In case of abuse, click here to report.
Tags: coronaviruscovid-19linda strakerpolicevannie curwen
Next Post 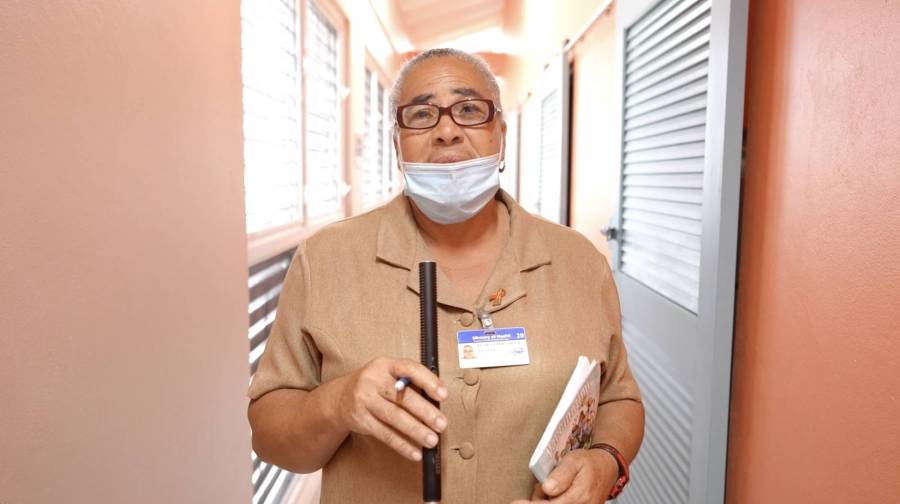