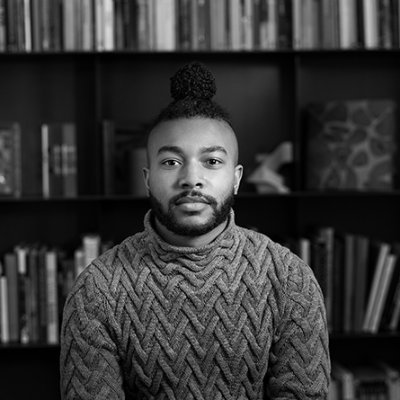 Pre-Columbian Polychrome pottery fragments — some dating around 300-600 CE — were illegally removed from Grenada during the 1960s and 70s and were being sold on the e-commerce website eBay.

However, the zoomorphic Amerindian ceramics was purchased from the seller by a good samaritan Russell Royer, a UK based Architect who has shown great interest in revolutionising how the architectural visualisation of historical artefacts are showcased in museums, essentially replacing tangible artefacts with 3D rotating models, so that the actual artefacts can be sent back to the place from where they were stolen.

Royer gave the artefacts to the Grenada National Museum (GNM) after stumbling upon them online while researching for his thesis. “As an architect, I want to design spaces in which people can observe and handle their objects with a push to return all cultures, regardless of how it entered ethnographic museum collections. Part of my thesis while at university looked into artefacts from the Caribbean that exist in museums in the UK — the main items being the Boutous — currently at the Ashmolean Museum in the UK. I believed that these could be returned through the creation of a sport similar to Bois or stick fighting. I then looked at the pottery fragments found across the Caribbean islands, and alongside my search results, multiple auction listings from eBay appeared. This was early last year and, prior to the pandemic, I intended to return them during the summer (2020). Instead, I was able to visit this July/August, organising to meet with one of the museum curators to return the objects, as well as to see if anything more could be done,” he said.

News of Grenada’s indigenous pottery fragments being sold on eBay was brought to the public’s attention by Archaeologist Dr Jonathan Hanna, in a NOW Grenada article entitled “Sale of Grenada Pre-Columbian pottery fragments on eBay sparks outrage” published in February 2020. In that report, Dr Hanna criticised sellers of these artefacts for deliberately attempting to falsify the date of excavation of these items in order to mislead potential buyers into thinking it was discovered before the 1970 UNESCO convention which prevented the illicit trade of cultural artefacts.

“Russel honourably donated some adornos (zoomorphic Amerindian ceramics) that were for sale on eBay. This was another case where the seller specifically said “Pearls, Grenada” in the listing, which is rather brazen given the potential violation of the UNESCO accords. I would like to write a formal letter to eBay, on museum letterhead, requesting takedowns of any Amerindian artefacts from Grenada being sold,” said Dr Hanna, Curator of the Grenada National Museum.

Grenada is also a signatory to several conventions including the 1970 Convention on the Means of Prohibiting and Preventing the Illicit Import, Export, and Transport of Ownership of Cultural Property, the 1972 UNESCO World Heritage Convention, the 1995 UNIDROIT Convention on Stolen or Illegally Exported Cultural Objects and the 2001 UNESCO Convention on the Protection of the Underwater Cultural Heritage.

Royer indicated he was able to purchase these items from a seller residing in the United States who, through his description of the items, stated that they excavated them at Pearls airport in St Andrew. “I spoke with him through eBay’s messaging service. He states in the description of his items that he took them over the course of 20 years, during which he took 17 trips to Grenada and carried out excavations at Pearl’s airport, paying people to give him what they found. When I asked him to return all the items, he stated I should pay him as he needed the money. It shocked me he did not understand the gravity of the crimes that he had committed. It seemed it was not enough to enjoy the beauty of Grenada and its people. He also had to take something away,” he said. “I paid around $60 US for 2 of them, the rest I did not send the money to the seller upon receiving them. I did not think he deserved it.

“They were all fragments of pottery, many of which have been found around the island, they may have been broken into smaller pieces by the seller but it would be hard to tell. The seller had mostly pottery pieces but also some pieces made from greenstone, most of which could fit in the palm of your hand. These items were taken from Pearls Airport in the 1960s and 70s according to the seller himself,” Royer continued.

Being an advocate for the return of “pilfered cultural property” based on human rights law principles, Royer strongly opposes the colonial idea that has led to British and other museums being the depository of indigenous stolen artefacts.

“I am less interested in the preservation of the artefacts,” Royer said. “I am far more passionate about the preservation of communities and the continuation of their cultural practices for as long as possible. Although many people in the Caribbean may not have direct relations to the people who produced some of these objects, they are their inheritors. With all that has been taken in the past, we are owed these objects, to help us understand how people before us best utilised the land, how they navigated the adverse weather, how they maintained their communities and crafts. These objects should not just be used for academic texts and studies, where there seems to be no visible benefit to the present-day Caribbean community, this information should be in the hands of the people in ways that they can use it and make it relevant to how they live and relate to each other today.”

The young architect was also disheartened because “neither the government nor the museum board cared much for artefacts.”

“I was incredibly disappointed,” Royer said, as he recalled his experience in Grenada. “I do not profess to have all the answers. What I will say is that a distributed model may be more fitting for Grenada. By that I mean, having a museum in each parish rather than centralising it in one place, would mean more people moving around the island. That does not have to just mean tourists or researchers, but young people, craftspeople. It could also mean that people who care about these artefacts from different areas can become custodians, younger children will have local access and/or be more likely to visit exhibitions or engage with this past. The museum boards could comprise local people with a passion for storytelling rather than appointed by the government and these spaces could be energetic places for accessing and passing on crafts.”

Meanwhile, Royer is encouraging Grenadians to take pride in their cultural heritage through its preservation. “Reclaim the culture! It’s yours and it’s ours. Generating respect through reusing and integrating these images and symbols can ensure respectful use of them. The opportunities are endless and they are a part of the island’s legacy,” he stated.

“To ensure they are not sold on the internet, the Government also needs to step in. Look at people like Vijay Kumar from the India Pride Project, who has successfully seen multiple Indian gods returned, mostly using a network of people connected through WhatsApp. It doesn’t have to be a difficult operation, it just requires care. The issue with telling a website like eBay to stop allowing sales is that the objects themselves do not get returned, they still end up in the possession of people who are only seeking profit and do not understand the cultural value they had and are yet to have!” he continued.

Royer, a graduate of the Architectural Association School of Architecture, was the recipient of the Ralph Knott Memorial Prize 2020 Architectural Association Honours. He was nominated for the RIBA Silver medal 2020 for ‘The Choreum’, a project that promotes the shift from thinking of museology as strictly linked to place, space and assets, towards an emphasis on how these elements create meaningful and sustained interactions with people and communities. His work surrounding museums has been published as part of the Museums of the Future report. He is also the founder of OnetoOneThousand.com, a beta website of diverse cut-outs for architectural visualisations.

NOW Grenada is not responsible for the opinions, statements or media content presented by contributors. In case of abuse, click here to report.
Tags: amerindiancurlan campbellgrenada national museumindigenous potteryjonathan hannarussell royerunesco
Next Post

Government embarks on series of consultations on Covid-19