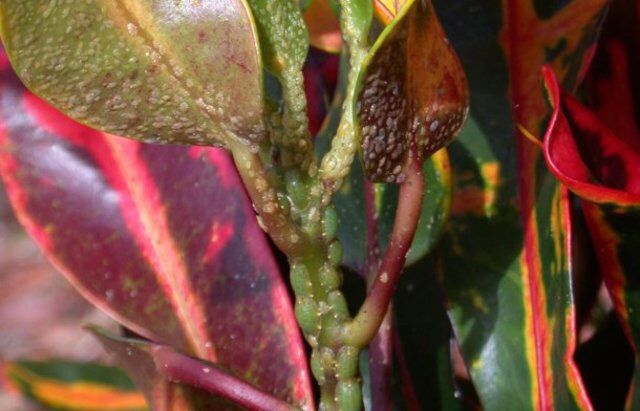 This story was posted 11 months ago
in Agriculture/Fisheries
3 min. read

The Ministry of Agriculture will implement a similar strategy used in the early ’90s to combat the invasive mealybug, but this time to combat the infestation of exotic soft scale insects currently plaguing a variety of plants in Grenada.

First identified in October 2020 by an entomologist at the Florida Department of Agriculture from samples submitted by the Ministry of Agriculture, the Croton Scale insect (Phalacrococcus howertoni) has infested several crops including croton, soursop, sugar apple, mango, plums, guava, and wild coffee. Croton scales are greenish-yellow, oval-shaped, soft-bodied sucking insects, 4–5 mm that infest over 70 plant species. They infest areas of the plants like the shoots, leaves and fruits and are normally accompanied by ants in some cases.

There is also excessive growth of sooty mould and fungi since scale insects suck copious amounts of sap from the host plants while excreting viscous liquid called “honeydew” that contains a lot of sugars. When this honeydew spreads out on the leaf surface, it provides an ideal layer in which fungi can grow, resulting in poor growth and making the plant more susceptible to other diseases. Horticulturists and Agriculturists are now being alerted to be on the lookout as short-term efforts are being made to control the spread while the long-term solution of introducing the ladybird beetle, (Cryptolaemus montrouzieri) as biocontrol agents that are natural predators of the Croton Scale Insect.

“Infestation is severe, especially on soursop, mango, and plums. It has spread throughout the St George parish, some areas in St John. The other parishes also have limited infested areas,” said Thaddeaus Peters, Pest Management Officer. The public has been advised that if they find this pest, they should first report the infestation to the Ministry of Agriculture’s pest management unit. The ministry also advises farmers and horticulturists to cut and burn infested branches and or treat infested areas with horticultural oils, insecticidal soaps and contact or systemic insecticides.

“A number of farmers and householders have been assisted by MOA field teams with a spray application of insecticides. One team of 5 is currently engaged in this activity, and another will be deployed shortly. The long-term approach is to obtain biological control agents such as ladybird beetles,” said Peters.

The Pest Management Officer is also advising people to refrain from transporting infested plants to other parts of the island. “Removal of infested fruits and shoots and destroy by burning or tying in garbage bags; Do not move infested plant material to other areas; observe plants regularly for signs and symptoms of the croton scale. It’s difficult to put a specific timeline. Control activities will be implemented during the coming 5-6 months and reviewed periodically,” he said.

NOW Grenada is not responsible for the opinions, statements or media content presented by contributors. In case of abuse, click here to report.
Tags: croton scale insectcryptolaemus montrouziericurlan campbellflorida department of agricultureladybird beetleministry of agriculturephalacrococcus howertoni
Next Post 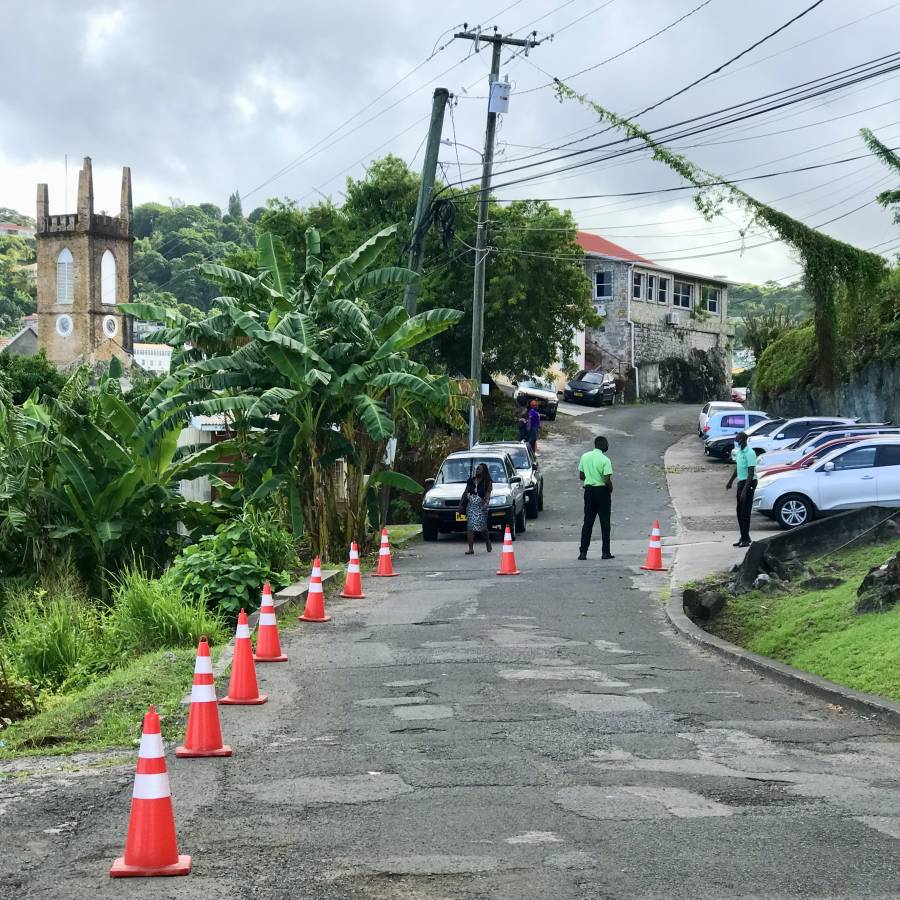