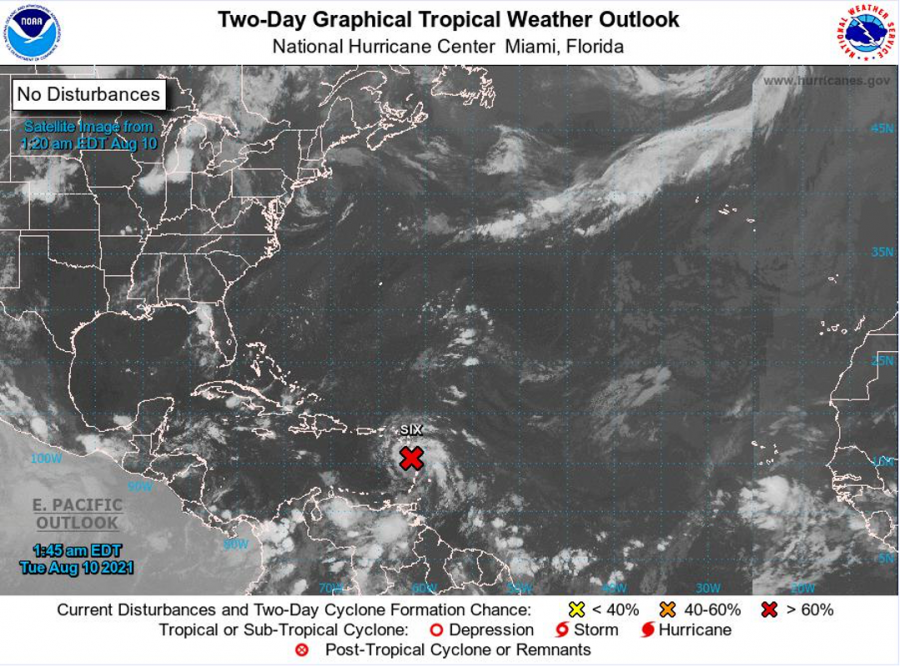 Potential Tropical Cyclone 6: At 2 am, Potential Tropical Cyclone 6 was centred near latitude 15.5° North, longitude 61.5° West, approximately 197 miles north of Grenada. The system is moving toward the west-northwest near 16 mph. On the forecast track, the system is expected to move across the central Lesser Antilles early this morning and intensify to a tropical storm. Maximum sustained winds are near 35 mph with higher gusts. Model guidance is indicating an increase in moisture and instability across Grenada today as a result of Potential Tropical Cyclone 6. Mostly cloudy skies, with occasional showers, some of which may become heavy, and a medium chance of thunder can be expected. In addition, there is a low chance of flash floods. This system has a high (90%) chance of cyclone formation within the next 48 hours.

The Meteorological Service will continue to monitor this system.

Elsewhere, tropical cyclone formation is not expected during the next 2 days. The next update will be issued at 8 am.