Grenlec and the case for renewables

Grenlec and the case for renewables

This story was posted 9 months ago
in Agriculture/Fisheries, Business, OPINION/COMMENTARY
9 min. read

As humans advance, we have moved from fire, coal, steam, fossil fuels, natural gas, nuclear to renewable energy such as solar, wind, hydrogen, tidal, biomass and geothermal energy for our energy sources.

At present, scientists have stated that due to the use of fossil fuels (coal, coal, petroleum, natural gas, oil shales, bitumens, tar sands, and heavy oils) we are experiencing climate change with the ensuing global warming, rising of the seas, wildfires with 2019 being the “second warmest year on record.”

The reality is that climate change can and would have a significant negative impact on Grenada, Carriacou and Petite Martinique according to the report from the Integrated Climate Change Adaption (ICCAS) Programme. The time to act is now! Each individual needs to take responsibility to help decrease and manage climate change as we did to save the ozone layer. On 12 December 2015, 196 countries signed The Paris Agreement which is a United Nations climate change legally binding agreement with its mandate to address climate change.

The great shift as I always say, miracles do happen. British Petroleum, a company renowned for oil and gas has made their intent public to shift to green, renewable energy to harness wind and solar power. This is the same company renowned for the 20 April 2010 Deepwater Horizon oil spill in the Gulf of Mexico where the negative effects are still present. When one thinks of oil, the Arab states such as the United Arab Emirates (UAE) come to mind. But the UAE wants to buck the trend with its Sustainable City, “with a range of projects aimed at having more than 40% of the country’s energy come from renewable sources and cutting consumption by the same margin by 2050.” In Grenada, we are a sunshine island, blessed with the sun and wind to produce energy. The International Energy Agency has stated that the “share of renewables in global electricity generation jumped to 29% in 2020, up from 27% in 2019.”

We have all jumped on the bandwagon for solar energy as a renewable source of energy, which to be honest is great as we are trying to improve and make positive choices. But as we “advance” we need to realise that sand is a finite resource like fossil fuel, meaning at some point we would run out of sand. India, a global giant in the solar industry has stated that they do, “not have any known deposits of silica suitable for producing solar panels.” Pundits have stated that this has stymied India’s quest to become the global leader in solar production. The Guardian in the article, “Is the world running out of sand? The truth behind stolen beaches and dredged islands” provides an in-depth analysis regarding the issues of sand-silica-solar panels. Essentially, as a finite resource sand, after a while would become scarce and with less supply expensive. So, this would increase the cost of the solar panels unless we are able to find a viable option. Today, they are cheap. In the next 25 – 30 years which is the average lifespan for a solar panel, we can anticipate that they would become more expensive. In addition, can we recycle solar panels?

The Dutch were onto something as for hundred of years they have used windmills and so wind power for a number of industrial uses. Today, windmills or wind turbines are a clean, renewable form of energy. The majority of wind turbines are made using fiberglass, but metal blades are an eco-friendly option. At present, we are faced with the conundrum of finding a use for the huge number of cars that litter our beautiful island, Grenada the Beautiful.

A possible solution would be to use the metal from the cars strewn on the roadside to create blades for our “Made in Grenada” wind turbines. This also creates employment and skill development for our youth. I hear the common phrase, ‘duh government doh do so and so”, the reality is that entrepreneurship stems from individuals, the government’s role is to provide the framework to assist, with the creation of statutory bodies such as the Grenada Investment Development Corporation. I recently travelled to Petite Martinique and saw a village shop being run solely on wind and solar power. We are a small island with limited resources, but we like Africa, are blessed with a large youthful population of human capital. Human capital has always been a driver for change and development. Our children live in an internet age where knowledge is at their fingertips, so Google, “how to make a windmill” and when it works please contact me (473) 403-1697. We need to encourage our youth to be innovative, create a youth campaign and provide prizes for our youth in the key areas of economic growth; technology, science, education, agriculture, tourism, finance, health, construction etc. The Nobel Prize is coveted and a key driver for innovation and development.

Several individuals are up in arms regarding the repurchase of Grenlec shares, so to fully understand the issue I had to do some research. The article, “Why Grenada had to nationalise its electricity for $60m to pursue renewables”, sums up the situation. The reality is that Grenlec was and still is a monopoly in regards to electricity (generation, transmission and distribution) and until recently it was foreign-owned by a privatisation deal done 30 years ago. The very nature of a business is to make a return on investment even at the expense of social and development cost to a nation like Grenada. As a monopoly this means that users here in Grenada were at its mercy in regards to the high price paid for electricity. Hopefully, with a key component of the repurchase being a policy drive for renewables we would see a decrease in the cost of electricity.

Electricity is a key component of manufacturing where we can use all the mangoes on the side of the road to make juice and other products. This high price stifled economic growth for manufacturing and development. In addition, the German-based development agency, GIZ has compiled a report which concluded that “Electricity prices on the island state of Grenada are among the highest in the world for several reasons. One of which is the island’s dependence on fossil fuels and thus resulting in high import costs.” This monopoly was also due to the “legal structure and the lack of regulatory framework. The government of Grenada would therefore like to renegotiate the monopoly contract — which is in force until 2073 — with the electricity supplier Grenlec and its main investor.”

As I am on the topic of foreign investment, we need to stop complaining “dat dem foreigners comin and take ova, especially dem so and so.“ We as Grenadians in the diaspora and here need to come together and invest in Grenada. A good business model would be a cooperative as it truly allows us to work together. It is expected that with the repurchase of Grenlec and the push for renewables we can see a significant boost in manufacturing and agroprocessing. Manufacturing and actual production would help to diminish our skewed balance of trade in terms of high imports compared to dismal export levels.

So, whether our energy future is to become sustainable or not for development, we need to emulate and learn from other countries who are in the forefront of the industry. We are a small island but we “talawah”. The cost advantages stem from (a) core technological competence (b) government policy and (c) the cost of capital. In regards to core technological competence this comes from human capital as a knowledge base and research and development. Government policy is centered around subsidies, legislation, raw materials, labour and favourable export and import policies. The cost of capital relates to borrowing. Countries such as Canada, United States, China, EU and Germany are using the above for economic development.

Grenlec is a key driver of our economic development, thus shapes our future which belongs to our children. Indigenous peoples coin this as the “seven generation principles” where we are most connected to 7 generations, current, present and the future. We essentially need to revere our past and prepare for future generations — intergenerational legacies. As part of creating intergenerational wealth, accountability and sustainability, each child in Grenada should be given an opportunity to own one share, as with ownership comes responsibility — first option to purchase a share. They are the ones to inherit Grenada that we as adults are preparing to leave for them. I have several little cousins who I expect greatness from, so I am saving the money to help each purchase one share of Grenlec. Then we as a people of Grenada would never be held hostage when one shareholder owns the majority of the shares and dictates polices and stymies our development. If we allow dat again dog go eat we suppa again. Leh we all save we money, suck salt, pay duh price so we can all rise as a nation. Meh fadda say, we have 4 fingers an all not deh same, so some would make more money dan odders, but as long as everybody can “eat ah food” we go be good!

Tricia Simon is an Attorney-at-Law called to the bar in the State of Grenada, Carriacou and Petite Martinique and the Province of Ontario, Canada.

NOW Grenada is not responsible for the opinions, statements or media content presented by contributors. In case of abuse, click here to report.
Tags: grenlecrenewablessolartricia simon
Next Post 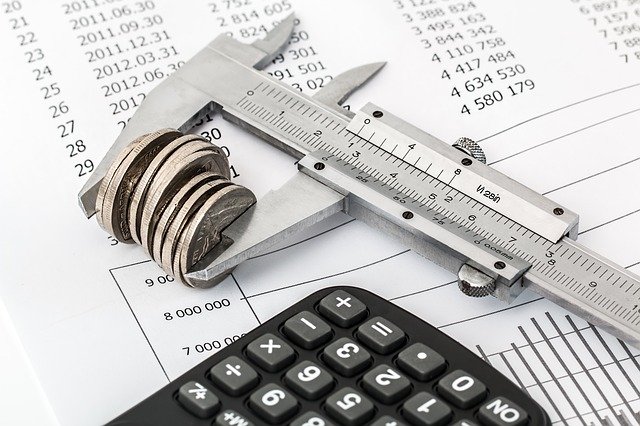