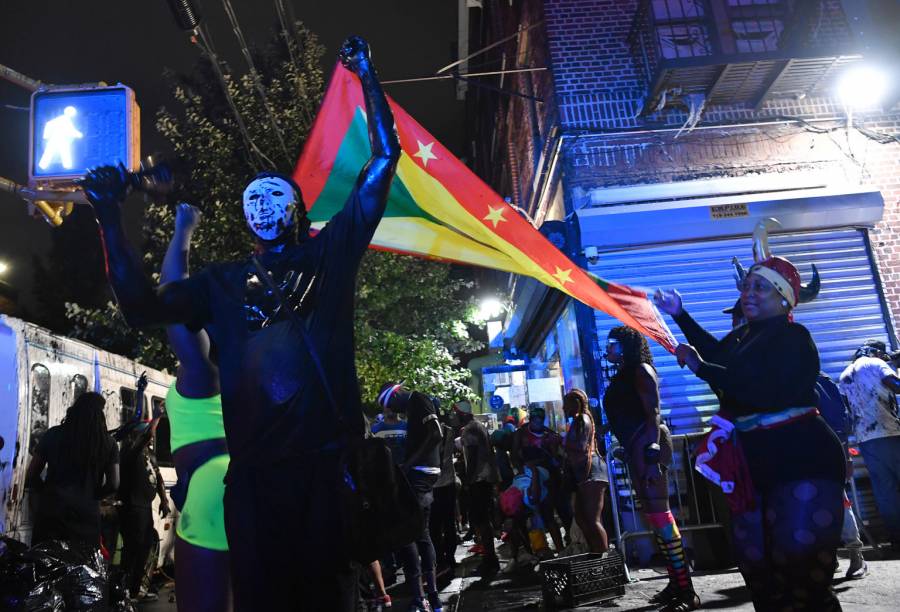 This story was posted 10 months ago
in Arts/Culture/Entertainment, Health
2 min. read

Health Minister Nickolas Steele has openly condemned the action by what appeared to be Grenadians who gathered for 6 September 2021 J’ouvert-type celebrations in Brooklyn, New York despite the cancellation of activity by the organisers.

A report in the 6 September online edition of the New York Post said that people congregated and danced on the sidewalks and streets next to a white trailer. Some rang bells as others could be seen waving the red, yellow, and green flag of Grenada.

“I have never been so ashamed to see the Grenada flag flying as I have this weekend. Knowing that there is death here in Grenada from the outbreak of unofficial unsanctioned carnival activities, to see some Grenadians supposedly proudly flying our flag in New York doing the same thing, participating in another country — unsanctioned, unauthorised activities flying the Grenadian flag,” Steele said on Tuesday.

“And what was more insulting is that there is a picture circulating and I think it does depict what it has done to us as a people. The flag is so soiled and dirtied, and this person somehow is representing us as a nation while we at home are fighting to overcome and survive the damage and destruction which was unleashed from the mass carnival events,” he said.