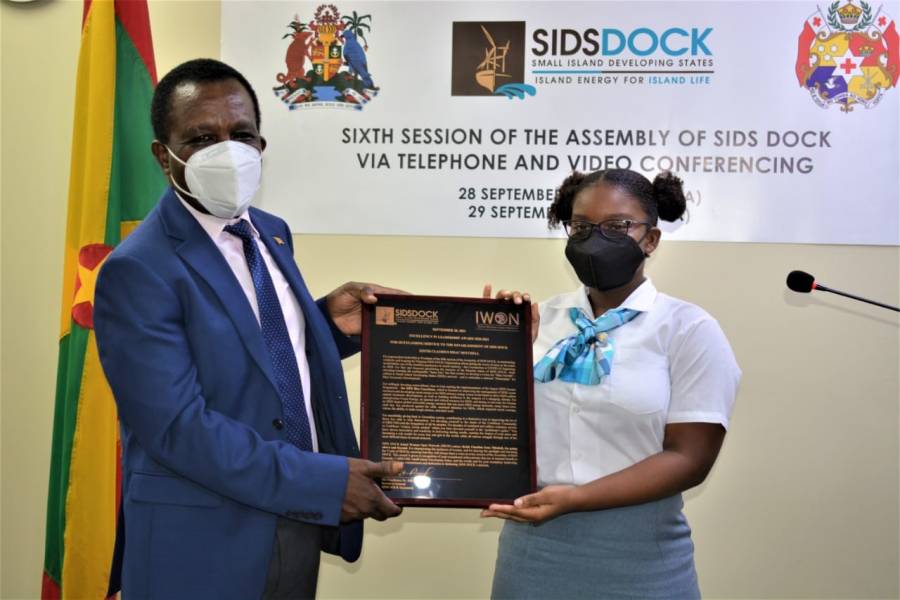 This story was posted 9 months ago
in Environment, Politics, PRESS RELEASE
2 min. read

Grenada’s Prime Minister, Dr the Right Honourable Keith Mitchell is the 2020-2021 recipient of the Excellency in Leadership Award, presented by the SIDS Dock Island Women Open Network (IWON), for his outstanding leadership of SIDS DOCK.

Dr Mitchell, who was elected in 2018 as the President of the 4th Session of Assembly of SIDS DOCK, served an unprecedented second term, due to the death of the President-designate, the former Prime Minister of Tonga, in 2019.

As he handed over the reins of leadership at the 6th Session of the Assembly of SIDS DOCK on Tuesday, the Grenadian leader was revealed as the latest awardee, in recognition of his “exemplary leadership, faithfulness, commitment and dedication in furthering the SIDS DOCK mission”. His ability to maintain solidarity and keep the fledgling organisation afloat during the challenging times created by the Covid-19 pandemic, was also recognised.

The citation on the award commended the Prime Minister for prioritising the interests of SIDS DOCK member states, for being an advocate for ocean energy for Small Island Developing States (SIDS) and for promoting the building of resilience to the impact of climate change.

Under Dr Mitchell’s leadership of SIDS DOCK, the organisation kick-started the implementation of its largest programme, the SIDS Blue Guardians, a US$40 million initiative which focuses on “improving the management of SIDS ocean resources and developing ocean energy to be SIDS primary energy source in the future to drive SIDS carbon-neutral economic development, as well as building resilience to the impacts of a changing climate.”

The Prime Minister was also credited with having the moral courage, vision, ability to make tough choices, and willingness to engage in hard work in championing ocean energy, an ignored and critical resource for SIDS. His advocacy is said to have produced sustained attention for SIDS. The citation also referenced Dr Mitchell’s exceptional achievements that are of great benefit to Grenada, Caricom, Small Island Developing States and the world.

The award was presented on behalf of SIDS DOCK Island Women Open Network, by Josette Parris, a Form-3 student of the St George’s Institute. 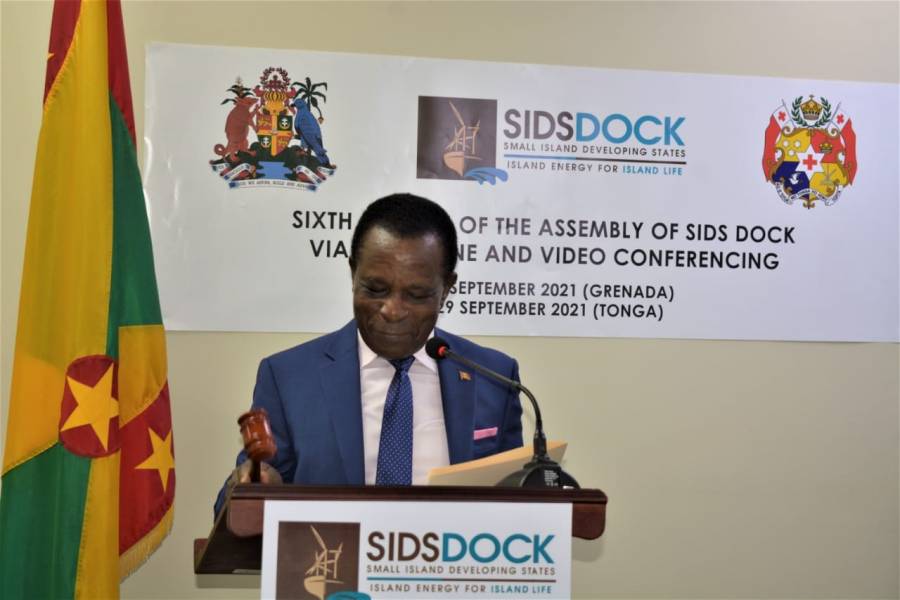