Health Minister Nickolas Steele has admitted that there was a temporary shortage of AstraZeneca vaccine, but that will be resolved because hundreds of vaccines are set to arrive on the island on the evening of Friday, 8 October.

At the end of September, Grenada was among regional territories that dumped thousands of vaccines because citizens were slow in the uptake for both first and second doses. “The vaccines have a shelf life and when citizens are slow to take them, they can become expired, and there is only one thing that needs to be done with expired vaccines,” said Steele who expressed his disappointment over citizen hesitancy to become inoculated with the Covid-19 vaccine.

Due of the shortage, several people were encouraged to take the second dose with a Pfizer shot, but most refused because of the fear that it will not be accepted in other territories when they travel.

The WHO’s Strategic Advisory Group of Experts on vaccines said in June the Pfizer vaccine could be used as a second dose after an initial dose of AstraZeneca if the latter is not available.

A preliminary study by University of Oxford scientists in June found that mixing the AstraZeneca (AZ) and Pfizer vaccines generated a robust immune response against the virus, inducing higher antibodies than an AstraZeneca-only, 2-dose schedule.

“The new shipment is scheduled to arrive this evening,” said Steele. “So those who are awaiting will be able to receive the second shot.”

NOW Grenada is not responsible for the opinions, statements or media content presented by contributors. In case of abuse, click here to report.
Tags: astrazenecalinda strakernickolas steelepfizervaccine
Next Post 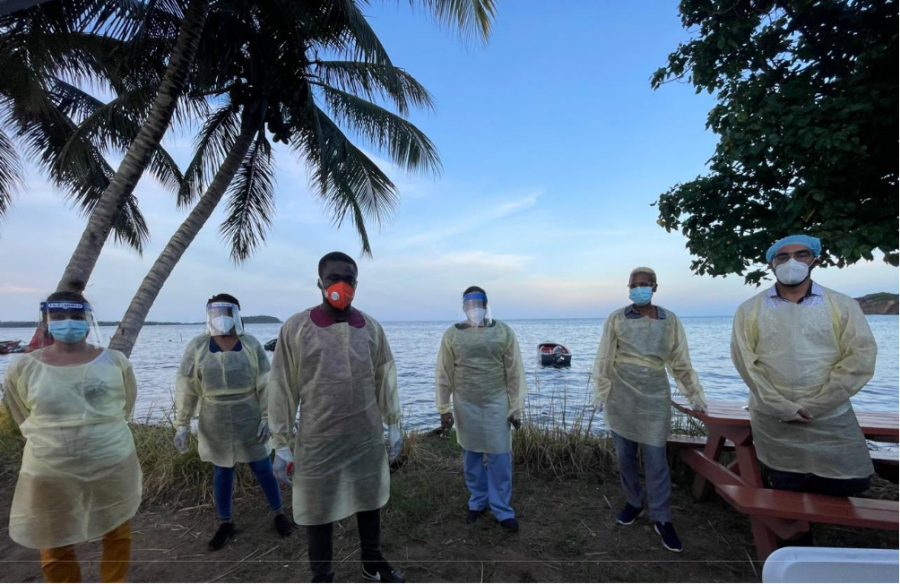