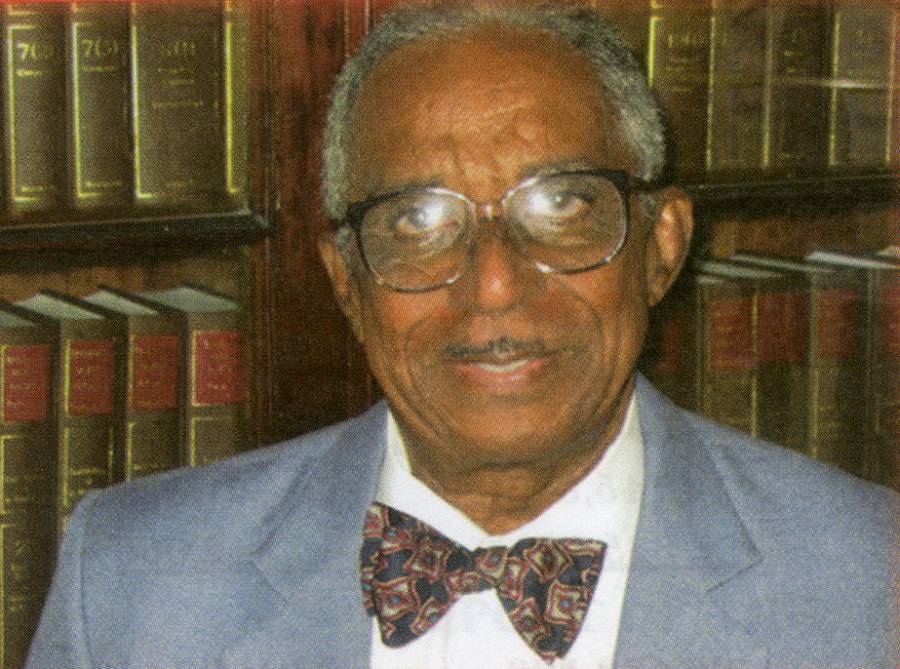 This story was posted 9 months ago
in Business, Law, Tribute
2 min. read

Since its foundation in 1925 the Grenada Building & Loan Association has been fortunate to have been guided through both peaceful and turbulent times by the steady hands of some of Grenada’s most eminent sons and daughters. Not least amongst those was Cosmo St Bernard, CBE, QC who served this Association faithfully as a Director for 32 years. He was first elected to the Board in 1976 to fill the vacancy created by the retirement of his partner in the law firm of Lewis & Renwick, J B Renwick. In 1992 he was elected to succeed C W Coard as President and indicative of the faith that the membership placed in his leadership, he was elected successively to that post for the next 16 years, retiring in 2008.

St Bernard believed in and kept alive the vision of the pioneers who established the Association to help middle- and working-class Grenadians, who were largely ignored by the established banks, to obtain mortgages to buy and build their own homes. Two of those pioneers, Arnold Williamson and R O Williams, together with others, went on to establish the Grenada Co-operative Bank some 6 years in 1931, after they had founded Grenada Building & Loan Association. Those who worked with St Bernard during his term as President have commented that he was always concerned about the members and constantly strived to have the Association live up to its founding principles.

It is a fitting tribute to St Bernard’s many years of endeavour on behalf of the Association and its members, that they saw the same dedication to service in his daughter, Deborah St Bernard whom they elected as President of the Association in 2015 and who continues in that role today.

The Members, Directors and Staff of the Grenada Building & Loan Association extend their deepest sympathies to our President, Deborah St Bernard and her brother Trevor St Bernard on the passing of their father, whose many years of dedicated service are weaved into the rich tapestry of the story of this Association and its mission to help Grenadians own the land that they so proudly call home.