COP26 has today concluded in Glasgow with nearly 200 countries agreeing the Glasgow Climate Pact to keep 1.5°C alive and finalise the outstanding elements of the Paris Agreement.

Climate negotiators ended 2 weeks of intense talks on Saturday with consensus on urgently accelerating climate action. The Glasgow Climate Pact, combined with increased ambition and action from countries, means that 1.5°C remains in sight, but it will only be delivered with concerted and immediate global efforts.

The Glasgow Climate Pact will speed up the pace of climate action. All countries agreed to revisit and strengthen their current emissions targets to 2030, known as Nationally Determined Contributions (NDCs), in 2022. This will be combined with a yearly political roundtable to consider a global progress report and a Leaders summit in 2023.

The Paris Rulebook, the guidelines for how the Paris Agreement is delivered, was also completed today after 6 years of discussions. This will allow for the full delivery of the landmark accord, after agreement on a transparency process which will hold countries to account as they deliver on their targets. This includes Article 6, which establishes a robust framework for countries to exchange carbon credits through the UNFCCC.

And for the first time, heeding calls from civil society and countries most vulnerable to climate impacts, the COP agreed action on phasing down fossil fuels. COP decisions went further than ever before in recognising and addressing loss and damage from the existing impacts of climate change. There were also commitments to significantly increase financial support through the Adaptation Fund as developed countries were urged to double their support to developing countries by 2025.

The final COP26 text follows 2 years of intense diplomacy and campaigning undertaken by the UK Presidency to raise ambition and secure action from almost 200 countries. Work focussed on driving short term reduction of emissions to limit temperature rises to 1.5°C, mobilising both public and private finance, and supporting communities to adapt to climate impacts.

When the UK took on the COP26 mantle, in partnership with Italy, nearly 2 years ago, only 30% of the world was covered by net zero targets. This figure is now at around 90%. Over the same period, 154 Parties have submitted new national targets, representing 80% of global emissions. The UK Presidency has also been focused on driving action to deliver emissions reductions. We have seen a huge shift in coal, with many more countries committing to phase out unabated coal power and ending international coal financing. Alongside this, we have seen a marked commitment to protect precious natural habitats, with 90% of the world’s forests covered by a pledge from 130 countries to end deforestation by 2030.

While on the world’s roads, the transition to zero emissions vehicles is gathering pace, with some of the largest car manufacturers working together to make all new car sales zero emission by 2040 and by 2035 in leading markets. Countries and cities are following suit with ambitious petrol and diesel car phaseout dates.

Current policies would leave us on a path to a devastating temperature rise. But work done by independent experts Climate Action Tracker show that with the full implementation of the fresh collective commitments could hold temperature rise to 1.8°C.

Even with the action committed both during and before COP26, communities around the world will continue to feel the impact of our changing planet.

Reflecting on the task ahead, COP26 President Alok Sharma said, “We can now say with credibility that we have kept 1.5°C alive. But, its pulse is weak and it will only survive if we keep our promises and translate commitments into rapid action. I am grateful to the UNFCCC for working with us to deliver a successful COP26.

“From here, we must now move forward together and deliver on the expectations set out in the Glasgow Climate Pact, and close the vast gap which remains. Because as Prime Minister Mia Mottley told us at the start of this conference, for Barbados and other small island states, ‘2 degrees is a death sentence’.

“It is up to all of us to sustain our lodestar of keeping 1.5°C within reach and to continue our efforts to get finance flowing and boost adaptation. After the collective dedication which has delivered the Glasgow Climate Pact, our work here cannot be wasted.”

NOW Grenada is not responsible for the opinions, statements or media content presented by contributors. In case of abuse, click here to report.
Tags: alok sharmabritish high commissioncop26glasgow climate pactmia mottley
Next Post 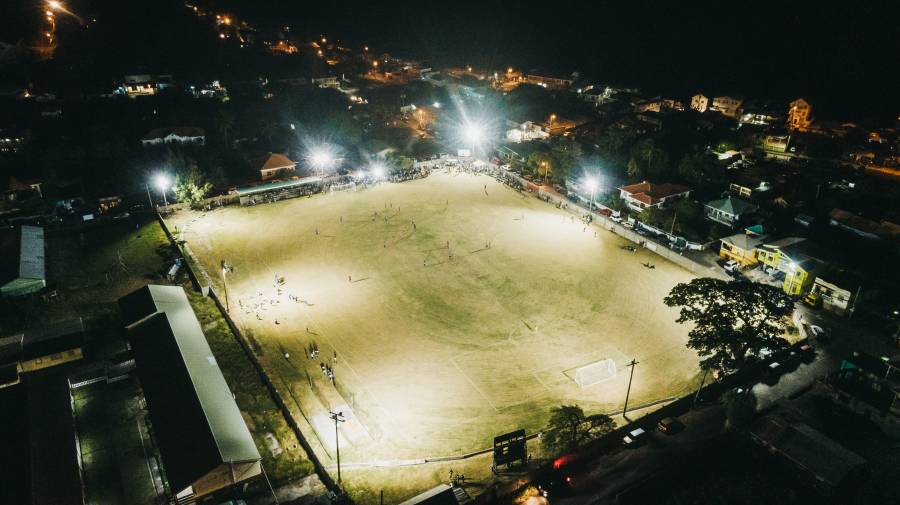