Arley Gill, Chairman of the Grenada National Reparations Committee (GNRC), has recommended that Government rename several streets, schools, and other landmarks as part of the 50th Independence Celebrations in 2024.

“The government of Prime Minister Dr Keith Mitchell will consider a request from the Grenada National Reparations Committee (GNRC) to rename ‘streets and other important areas to accurately reflect our history and heritage’ as part of the nation’s 50th anniversary of independence celebrations in 2024,” said a news release from the Committee.

The request is contained in a letter signed by its chairman Arley Gill and addressed to Prime Minister Mitchell. “For the most of our history, our streets, hospitals, and schools have honoured and memorialised individuals that contributed very little and, more often than not, nothing to Grenadian life,” the release argues.

“Historical research shows that many of the individuals that we commemorate, and honour were involved in the Transatlantic Slave Trade or were direct beneficiaries of the slave trade,” said Gill, who is a former Minister for Culture.

He suggested to the Prime Minister that there’s a need to “establish a post-independence monumental landscape to be reflective of who we are as a people, what we want to be as a people, and to inspire future generations of Grenadians to see themselves as one day being part of our national landscape.”

In a response signed by the Permanent Secretary in the Ministry of Home Affairs, Kim Frederick thanked Gill for the recommendations. Prime Minister Mitchell told Gill that recommendations will be submitted to the Cabinet for its consideration.

Gill who has over the years called for 19 October to be named as National Heroes Day, said that ensuring accurate historical representation in public places has become a “matter that has garnered regional and global attention in recent years.”

Referring to Barbados and the relocating of the Lord Nelson statue that “rightfully belonged in a museum and not in a public square,” Gill who is Grenada’s current Ambassador to Caricom said, “The landscape of monuments in Grenada now is “more representative of the 18th and 19th centuries.”

“GNRC strongly believes that the time has come to identify and amplify the lives and memories of outstanding nationals, who made valiant contributions to Grenada’s civilisation,” he said.

Among the streets identified for renaming are Melville Street in St George’s and Depradine Street in Gouyave, St John; as well as Sendall Tunnel. 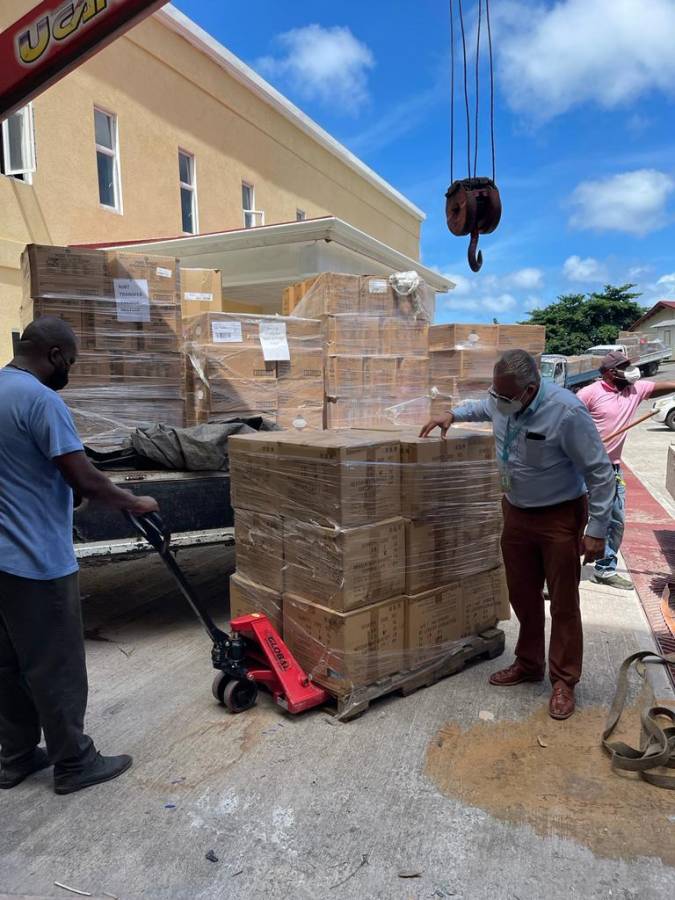