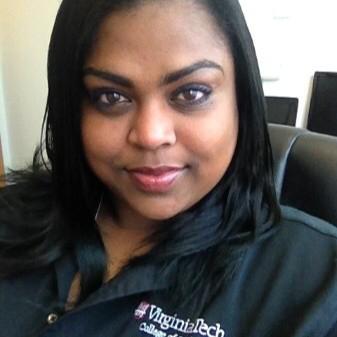 This story was posted 9 months ago
in Education, Feature, Technology
5 min. read

Grenadian Dr Liselle Joseph has overcome turbulence in pursuit of her career as an aerospace engineer. Pioneering new technologies that assist spacecraft to leave and re-enter earth’s atmosphere, among other innovations, Joseph made headlines when she became the first woman from Grenada, in the Eastern Caribbean to earn a PhD in aerospace engineering. Her journey to greatness and the challenges faced along the way to achieve her goal is little known.

Joseph grew up in Mt Carmel, later Marquis, St Andrew. She attended the Holy Cross RC School, St Joseph’s Convent Grenville then TAMCC, graduating in 2007 with ASc in Natural Sciences and Mathematics. Deciding to pursue a field in engineering after college, Joseph always knew that she would further her education in science, technology, engineering, and mathematics (STEM) one day. Her dream finally became a reality. She graduated with PhD Aerospace Engineering from Virginia Tech in 2017. She later developed innovative ways to design engine components to improve performance, increase fuel efficiency, and reduce noise. Joseph quickly realised that she preferred pure research, which focused on aerodynamics and physics fundamentals, over corporate-driven profits.

Joseph is involved in applying fundamental physics and mathematical solutions to real-world problems. Equations of motion to solve and optimise how air moves around the compressor of an engine or over a hypersonic vehicle re-entering the earth’s atmosphere for the US Navy, US Air Force and other Department of Defence agencies. With any story of triumph, there are adversities faced along the way. Unfortunately, her ethnicity and gender made her rise as a female aerospace engineer even more difficult in Joseph’s case.

“There can be a lot of unconscious bias against women and people of colour, leading to our ideas and roles being underestimated or even ignored. I faced a lot of this in my last job at the large multi-national corporation, where it is much harder to get people out of their ‘traditional’ ways of thinking and seeing certain people. In that world, a black female with a PhD is not common, so when people see me, they rarely assume that is what I bring to the table,” said Joseph.

In the US, 12.5% of all Aerospace Engineers are women. African Americans accounted for only 3.3% of Aerospace Engineers, with less than 1% being women. As black engineers continue to see both pride and exclusion despite their significant contribution, African American women whose maths skills were instrumental in putting a US astronaut into orbit in the 1960s come to mind as examples of racial discrimination that still exists today. Their journey during the civil rights era is documented in the Oscar-nominated film and book ‘Hidden Figures’, the Untold Story of the Black Women Mathematicians who allowed the US to win the space race.

Joseph recalled experiencing racial bias early in her career, which made her quickly realise the flaws within the corporate structure. “I remember being on a team of 4, three white men and myself. Then months later, learning that the team was given an award for the design we made, and invited to a diner etc., but that management had forgotten to include me on the award, despite being part of the team. Similarly, in my last year or so, I became the leader of a team to develop one particular technology and collaborate with NASA. It was an enormous task and one that I had worked hard for. Yet, they did not give me a new title, promotion, increase compensation or even acknowledgement to the wider group.”

“This is unfortunately quite typical for women and people of colour in these large, white-male-dominated fields. You have to speak up loudly to get the same treatment as others. It is a tough working situation, and very tiring when the work itself is already challenging. That is part of the reason I ultimately left that large company. Things like that are hard to change in large cooperation with a culture that rewards the same type of people year after year and ignores the achievements of some others. It is a core issue in engineering and science, and big corporations. Being a female and person of colour is something you need to factor in going into the field,” she continued.

After being consistently not being recognised in the same light as her white counterparts, Joseph left her position at Pratt & Whitney Aerospace to work for a smaller research consulting company that focuses on space technologies for the Department of Defence. Currently, she is primarily focused on modelling and predictions of turbulence and how it affects aircraft, and spacecraft reentering earth’s atmosphere. Using fundamental physics solutions does not allow her to do many hands-on experiments as she did in graduate school, but she is quite happy that her contributions towards pioneering new technologies are appreciated.

“Personally, I made the decision that I would rather be authentic and focus on the work that excites me, than fight the battles of discrimination to get my voice and ideas heard. That is a big part of why I left that job for the smaller company, which sees and values my contributions without having to battle it out with my colleagues just to be taken seriously. I did not want to change my work ethic to do things required to get ahead in work cultures that are just not healthy. I am much happier now, and able to focus on doing excellent work rather than fight to be taken seriously,” Joseph said.

Having garnered experience in the world of aerospace engineering and the challenges that come with it, especially being a black woman, Dr Joseph realised that her encouragement to continue despite the odds, came from other mentors who experienced the same. Giving back through mentorship to college and university students will help the next generation of minority engineers. She shared some words of advice to young aspiring aerospace engineers from the Caribbean.

“So, my advice to minority engineers is to be prepared for that sort of thing, and keep your eyes open for red flags while still trying to keep an open mind about work cultures. Decide what you want from your job and be true to yourself. For me, I would rather give up the prestige of working at a big company with name recognition, in order to do exciting work in an empowering, healthy work culture where my contributions were valued without bias.”

Through the Office of Diaspora Affairs, Dr Joseph aims to use her education and resources to assist local students in science, technology, engineering, and mathematics by providing mentorship and guidance to ensure that they are fully equipped.

NOW Grenada is not responsible for the opinions, statements or media content presented by contributors. In case of abuse, click here to report.
Tags: aerospace engineerand mathematicscurlan campbellengineeringliselle josephnasasciencetechnology
Next Post 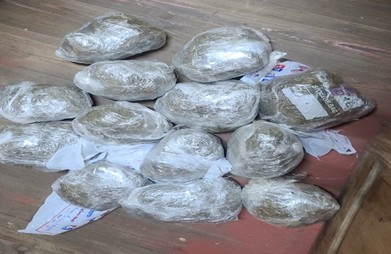