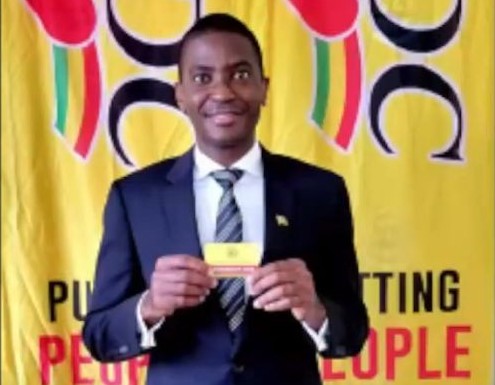 “You have sent a clear and resounding message that the NDC is once more on the path of inspiring hope and belief in our people and our nation,” was the message from Dickon Mitchell, the newly elected political leader of the main opposition National Democratic Congress (NDC).

A newcomer to politics, Mitchell, a lawyer by profession was elected during the party’s 2021 convention held on Sunday, 31 October 2021. He is the third lawyer elected as the political leader of the NDC. The previous leaders are Tillman Thomas and Nazim Burke.

In keeping with Grenada’s Covid-19 protocol, the event was held virtually with delegates for the different constituencies gathering at one location or personally signing on using a video conference platform.

“You have chosen unity over disunity, you have chosen resilience, flexibility, inclusiveness, and strength over infighting, weakness, vacillation, or wish washiness. You have chosen boldness and courage over timidity and the same ole, same ole. You have chosen positive change and transformation over stagnation and failure,” Mitchell told over 300 super delegates who participated in the convention.

He received 277 of the delegates’ votes while Phillip Telesford and Terrence Forrester who also contested for the post received 43 and 7 respectively.

Claiming that NDC is once more on the path of beginning the process to govern Grenada, Mitchell said that the party which celebrated 34 years of existence in October will be required to change the culture of politics in the island.

“We are required to change the culture of our politics, we are to encourage our citizens to get involved in politics because politics means nation-building and it is our collective job to build our nation,” he said in his welcome and thank you message via video conferencing and live streaming.