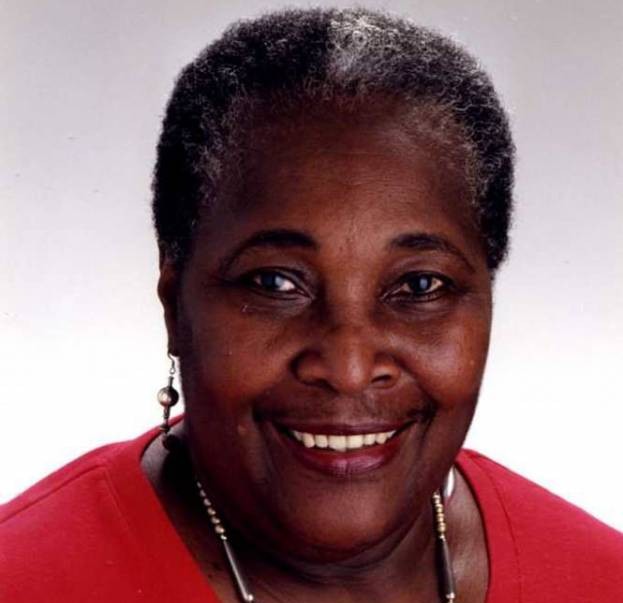 Dr Jerome’s life and legacy to be celebrated in April

Dr Jerome’s life and legacy to be celebrated in April

The life and legacy of Grenadian-born, University of the Kansas School of Medicine professor Dr Norge Winifred Jerome, will be celebrated at the Unicorn Theatre in Kansas City on 24 April 2022.

Dr Jerome attended many performances at the Unicorn Theatre, and, with its history of premiering cutting-edge contemporary plays and musicals, it is a fitting venue to house her farewell ceremony. She died at age 90 on 21 December 2021.

Dr Jerome is internationally recognised for her groundbreaking research on Nutritional Anthropology, and contemporary approaches to diet and culture that is still being taught at universities throughout the world.

Nutritional Anthropology is the study of food and nutrition from evolutionary, behavioural, social and cultural perspectives, and how these interact in the production of nutritional health at the individual, community and population levels.

Following her retirement, Dr Jerome returned for a brief period to her home town in Grand Roy. On her doctor’s advice, she returned to Kansas to continue medical treatment not available in Grenada.

Hailing from the community of Mon Plaisir, St John, Dr Jerome, was born on 3 November 1930, to McManus Israel Jerome and Mary Evelyn Grant, both pillars of the Catholic Church in Grand Roy. The eldest of 5 siblings, she attended St Joseph’s Convent. She was awarded a Leadership Training Scholarship and attended the University of the West Indies in Mona, Jamaica. On a scholarship to become a dietitian at Howard University, Washington DC, she graduated in 1960 magna cum laude. While pursuing her doctorate at the University of Wisconsin, she launched Nutritional Anthropology, studies relating to food habits, nutrition, and cultural impacts. After completing her post-doctoral training Dr Jerome joined the faculty at the University of Kansas Medical Centre and advanced to become a Professor of Preventive Medicine.

Hers was a life well lived, recalls her nephew Andre Jerome, a veteran journalist with 30 years’ experience. “In my very early memories of my aunt, I can vividly recall the happiness I felt when she returned home for Christmas and that was among the earlier experiences that I can recall when she came to Grenada. From everything I have heard from family members, I know that she did exceedingly well during her formative years in school. She and her two sisters went to St Joseph’s Convent, which will seem like no big deal now, but back in her day, kids from Mon Plaiser hardly ever got to go there.”

Jerome recalled spending a week with his aunt in Kansas in 1998. He said he got a whole dose of understanding about her upbringing and of her siblings, which included his father. She told him she learnt a lot from her mother who operated a small shop in Mon Plaiser, lessons which aided her later in life. He said they also had important conversations about his father. “She also helped me understand why my father, while being a loving dad, was kind of strict and she helped me understand that back in her day, parents were not expected to be their children’s friends. You raise your children by taking care of them, by making sure they have everything they need. It was a very important thing for me to know and understand, because I was still coping with the loss of my father. My father Jerome Michael Jerome died in 1982.”

During her tenure, Dr Jerome studied food consumption patterns in households of African-Americans and Grenadians of African descent; the influence of television advertising on the food selection of preschoolers; the relationship between food intake and human performance in an Egyptian village over 7 years. She also studied the dietary practices of ambulatory cancer patients and the effect of life-changing factors on individuals’ diet patterns.

Her research spans food intake and human performance on the African continent, America and Grenada. Her 1980 book “Nutritional Anthropology Contemporary approaches to diet and culture” investigates human dietary adaptations in the evolution of human culture by combining the nutritional and social sciences in the theoretical analysis of the socio-cultural, cognitive and ecological aspects of food. The methodology of nutritional anthropology is applied in a study of women’s roles in rural Africa.

Dr Jerome developed a computerised nutrition research tool called NutriCheck which allows people to record their dietary patterns and lifestyle, and give feedback on positive changes that could be made.

Dr Jerome was the founder and first president of the Committee on Nutritional Anthropology (now Council on Nutritional Anthropology) and spent 4 decades at the University of Kansas School of Medicine as a professional nutritionist, educator and consultant. During her tenure at the University of Kansas Medical Centre, she also served as the Director of the Office of Nutrition of the Bureau of Science and Technology of the United States Agency for International Development (USAID) between 1988 and 1992. In these capacities, she initiated and supervised numerous nutrition programmes worldwide.

She also served as President of the Association for Women in Development (now known as the Association for Women’s Rights in Development) between 1990 and 1991 and presided over the Board of Directors between 1991 and 1993. Dr Jerome also played an instrumental role as President of Solar Cookers International, to introduce solar cookers to refugee camps and other areas on the African continent, promoting the use of free energy sources.

Jerome said his aunt’s involvement in helping villages in Africa reduce their use of fossil fuels through the use of solar cookers, stands out as one of her greatest achievements. “Something she always said to me is that as a professor in academia, you either publish or perish; so that’s why you see so many doctors and professionals are accomplished authors of research papers. She understood the value of hard work and it’s something she tried to impart on most of the young people she interacted with.”

Dr Jerome was a member and chair of the board of the Child Health Foundation, a charity dedicated to improving and saving children’s lives using inexpensive, but effective methods. A groundbreaking researcher in the field of nutrition as well as a renowned international health and nutrition specialist, Dr Jerome was inducted into the Starr Women’s Hall of Fame in 2021.

NOW Grenada is not responsible for the opinions, statements or media content presented by contributors. In case of abuse, click here to report.
Tags: andre jeromecurlan campbellnorge winifred jeromenutritional anthropologistunicorn theatreuniversity of the kansas school of medicine
Next Post