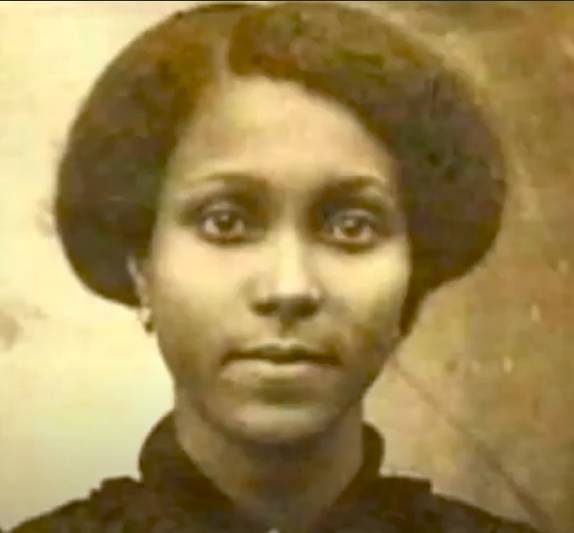 Calls for renaming school in honour of Louise Langdon Little

Calls for renaming school in honour of Louise Langdon Little

He said this should not be seen as a mere reactionary response to remove the overwhelming remnants of the island’s colonial past that still exist, but as a revolutionary step towards nation-building.

Professor Felix was among the guest speakers at this year’s La Digue Community Heritage Honors Virtual Public Education Forum 2022 to honour the legacy of Louise Langdon Little and her son Malcolm X held on 21 February 2022. That date was significant as it marked the 57th anniversary of Malcolm X’s assassination in 1965. Professor Felix spoke on “Repatriating Malcolm: How the Legacy of Louise Langdon Little and Malcolm X is an untapped Grenada National Resource.” He said renaming the institution where Malcolm X’s mother once attended, is a fitting way to pay homage to her legacy and contribution to Grenada and the world.

“There is a lot we can do. Acts of memorialising are important educational tools and it helps shape our identity. We have been memorialising for centuries, colonial memorialisation is what we were inculcated with. Teaching and memorialising Louise and Malcolm is not simply a reactionary response to the overwhelming colonial representation that obtains in our landscapes: street names, colonial monuments, etc. It is nation-building. Nations are built by forging identity. We need to share examples of Louise’s contribution through education, classroom as well as public education. For example, the Holy Innocents Anglican Primary School at La Digue, Louise’s school in her birthplace, should be renamed in her honour. But we should also rename streets and institutions after Louise and Malcolm as people have done vis-à-vis Malcolm around the world. We should have scholarships in their names, teach their history in Grenada and Caribbean schools, etc. In a general sense, we should find ways to honour them.”

The professor said not enough information is readily available on the immense contribution made by Louise Langdon Little towards the radicalisation of her sons, especially Malcolm X. He said her efforts to impart ‘radical’ and black-affirming values to her children, including Malcolm must be recognised.

“Malcolm himself tells the story of her going to the schools and challenging the prevailing Eurocentric and racist projections towards her children. There are accounts where she went to the schools and retaught lessons on black history to her children’s teachers. She also instilled the habit of reading and studying in her children. We know that she introduced her family to African and Caribbean newspapers, including the West Indian Newspaper, according to Jan Carew, etc. And inculcated a love of current affairs and history in Malcolm et al. Just the activist black conscious, pan Africanist life she lived, was enough to have made a lasting imprint on Malcolm. Malcolm recalled being introduced to Garvey at an early age, and this remained with him. It is noted that it is this foundation that led Malcolm to be imbued with the pan-Africanist perspective he held within the Nation of Islam and in his later transformation as a pan Africanist activist.”

Professor Felix believes the lack of representation of important cultural figures in Grenada’s formal school system has contributed to the lack of self-pride and cultural identity that plagues today’s youth.

“Louise Langdon and Malcolm X present great models as community organisers, personal transformation, and black pride. These are enduring issues. We still have some of these issues with us today that Louise, and later, Malcolm, were campaigning to change. For example, we see a lack of self-pride seeping in the culture, skin bleaching, growing inequality, assault on women’s rights etc (throughout the diaspora and Grenada). Louise’s life of activism and Malcolm’s core messaging provide tools to help us move from self-hate to self-acceptance, redirecting oppressed people’s energy towards self-determination and community empowerment.”

“A shift from the prevailing bottom-up organising as opposed to top-down. For his part, Malcolm also helped reframe the oppression of black Americans from a civil rights issue to a human rights issue. He even took the issue of black oppression internationally. He was a master of coalition building. Louise left similar lessons. And, a life of service is an important contribution from both of these heroes. They consciously dedicated their life to the uplighting of the black oppressed. These are examples our people, especially our young people, can model,” he said.

Dr Merle Collins, Professor Emerita of the Department of English at the University of Maryland, was among the guest speakers at this year’s virtual IPE Annual Commemorative Emancipation lecture. She remains fascinated about Louise Little’s political ideology and activism despite her only having primary education. “One thing that I find particularly impressive is that she was a young woman’s activist in the 1920s. Some people say she had a very advanced education. As far as I can tell from research, she was educated up to Standard Five in primary school. When I hear what her sons have to say, (particularly her oldest child, Wilfred), I think of her primary school teachers in the early 20th century. That leads me on a fascinating journey. It reminds me of lessons my own grandmother had from her primary school education. It makes me want to know more about Louise Langdon and her generation there in Grenada, at what some might call an early post-colonial moment.”

“I also find interesting her fascination with the ideas of TA Marryshow at that time. I note that Marryshow was another early Grenadian with a basic education who taught himself and others a lot. I think this is about the activism of public intellectuals who also valued the community education that they got from family and other sources. I’m still learning about it all, but these are some of the things I find fascinating,” she continued.

Louise Langdon Little played a pivotal role within the Nebraska chapter of the United Negro Improvement Association (UNIA), and Dr Collins believes that race and gender are both important and complex factors that played a role in her legacy towards the fight against systematic racial oppression being overshadowed by that of her son.

“In that early part of the 20th century, as later, it seems to me that women’s activism often did not have the same respected public profile as men’s, and this may have been particularly so for Black women,” Dr Collins said.

Dr Collins has also joined the call for the island to take steps to memorialise the legacy of Louise Langdon Little and Malcolm X.

“There are Langdon relatives in LaDigue and elsewhere in Grenada who can contribute in public fora if they are so inclined. But that’s not all. We also need the researcher and community perspectives in these public discussions. As I say, the story is also a public one, belonging historically to all of Grenada, important to the Caribbean and the Americas. I know that the Grenada organisation Institute for People’s Enlightenment has some ideas about this. Hopefully, they can coordinate with members of the family so that a commemoration takes into consideration both their knowledge and intimate interest and the broader historical connotations.”

“There are people keeping Louise Langdon’s contribution to Black Studies in the United States alive even before my interest. Caldwell Taylor, the Grenadian public historian, ex-Ambassador to the United Nations, provided me with many leads for research on Ms Louise Langdon Little and her children. Researcher Professor Erik McDuffie in the US was looking at her contribution to the American Midwest. These interventions are important to the reconstruction of the story and the legacy. I should also say that I’m writing about her, in various modes, and hopefully, the material will be generally available. It may be that Terence Wilson, a LaDigue relative important to the reconstruction of the story, is also in a position to participate in these discussions and publications,” Dr Collins stated. 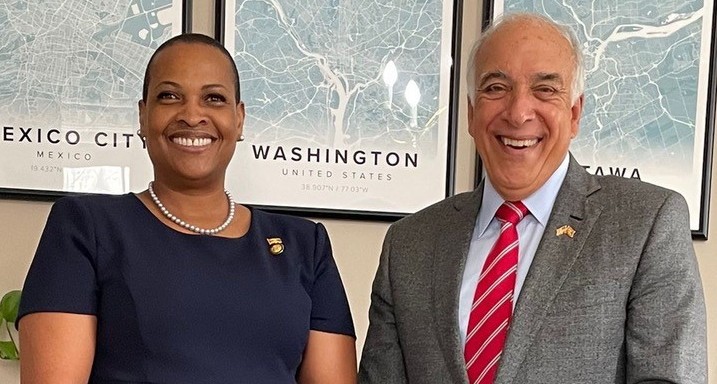 Grenada’s ambassador to US meets with SGU chancellor