Declaration of St George’s towards elimination of roaming charges

Declaration of St George’s towards elimination of roaming charges

Statement by Dr the Right Hon. Keith Mitchell, Prime Minister of Grenada on the Signing of Declaration of St George’s towards the elimination of roaming charges on 23 February, 2022.

Today, 23 February 2022, is a day of immense significance for the Caribbean Community. It signals a period of extensive collaboration between Caricom and 2 of the major telecommunications operators within the region. At the same time, today signals the beginning of new opportunities for the region, opportunities that we should readily embrace.

Caricom Heads of Government has long recognised the value of collaboration and cooperation as core principles of regional integration. It is in this spirit that regional leaders agreed in 2014, to establish a Caricom Single ICT Space, having recognised the critical role that information and communication technology play in our social, cultural and economic development.

Essentially, the Single ICT Space represents the digital arm of the Caricom Single Market and Economy (CSME). Clearly, we cannot speak of the region’s future prospects without an understanding of how digital technologies are transforming our economies and the region as a whole.

The still-unfolding global pandemic continues to strike at the heart of our economic sectors, and has brought the issue of technology to the forefront. Both the public and private sectors were placed under pressure to accelerate online service delivery as movement was restricted to curb the spread of Covid-19. Internet access, whether through fixed or mobile access, proved to be absolutely essential across all walks of life. For the past 2 years, our children have relied heavily, almost exclusively, on online learning platforms.

The Roadmap for the Caricom Single ICT Space was approved at the 28th Intersessional Meeting of the Conference of Heads of Government of Caricom in 2017, long before the pandemic. It was envisaged that early adoption by Governments would lead to accelerated and widespread use of ICT across all sectors.

Progress has not been as fast as we would have liked, but this interim solution gives renewed impetus to our efforts to advance key aspects of the Single ICT Space. We are encouraged by the milestone being recorded today as we sign The Declaration of St George’s — Towards the Reduction of Intra Caricom Roaming Charges. However, our eyes are set firmly on the ultimate goal which is to achieve the total elimination of roaming charges within Caricom.

This declaration essentially means that our citizens will have options to use their mobile phones as they move freely within the Single Space at reduced costs. Our citizens will be able to travel without the fear of incurring the normal exorbitant charges for voice and data usage as they conduct business or keep in touch with loved ones. We firmly believe that this critical reduction in roaming charges will help drive digital commerce, regional integration and economic development, and will have an even greater impact when total elimination is achieved.

The current unpredictable cost of mobile roaming deters Caricom citizens from using their mobile phones as they travel throughout the region. Therefore, citizens and policymakers welcome today’s declaration as it would make roaming charges more transparent, predictable and affordable within this Single Space.

Caricom must continue to deliver real and tangible, benefits for the citizens of this community. Caricom must facilitate a space that is conducive to business and leisure — a space for free and easy movement of people, goods and services, including data-driven services, all within an enabling legal and regulatory framework that secures and protects consumers.

With a mandate from Caricom Heads of Government, the Caricom Negotiating Team, began discussions with representatives of Digicel and CWC in August last year. The objective was to identify effective and feasible measures to totally eliminate roaming charges among the Caricom member states, in order to ensure the predictability, transparency and affordability of mobile phone charges and to improve the experience of Caribbean nationals.

The Declaration of St George’s which we will sign today, means that we have partially achieved our objective and there is still some work to be done as we seek to achieve the optimal position — total elimination of roaming charges.

Parties to this declaration have agreed on an implementation timeframe between the second and third quarter of this year, giving consideration to the technical aspects of implementation and the public awareness campaigns that must take place. Today, on behalf of my colleague Heads of Government and the people of the Caribbean community, I thank them for that commitment to significantly reduce roaming rates in the region, but I stress again that there is much more to be done as we seek to deliver on our original objective.

As historic as today’s signing is, we still have some critical milestones ahead of us. Ideally, Caribbean leaders want to see the full elimination of roaming charges within the Caribbean Community and we will continue to push for this in the interest of our Caribbean people.

However, regional Governments also understand that there are obligations on our part in terms of rationalising and simplifying the ICT regulatory environment to improve the ease of doing business in the sector and to reduce operational costs.

To this end, we have already commissioned a study with the support of the Caribbean Telecommunications Union on the impact of Over the Top services (OTTs) and Big Tech within the regional ICT sector. I want to thank the CTU for moving so swiftly on this matter. We have also, with the support of the International Telecommunication Union, commissioned a study on the establishment of a single ICT regulator for Caricom.

Sisters and brothers, it is imperative that we tackle these issues if we want to make meaningful progress in this new digital paradigm. It must be noted, that there are other jurisdictions, including the European Union, that have sought to address the issue of roaming charges in different ways, such as Roam Like at Home, but even with their political and regulatory structures, it was nevertheless a long and complicated process. Hence, we have reason to savour this achievement today as we press on to total elimination.

Colleagues, friends, we acknowledge that beyond the telecoms companies that are party to this agreement, there are other players in the market and we will work with the relevant regional and national regulatory bodies, such as the Eastern Caribbean Telecoms Authority (ECTEL) and the National Telecoms Regulatory Commissions, to work out feasible ways of incorporating them into this framework to ensure that the market remains resilient and competitive.

At this juncture, I’d like to acknowledge the support of my colleague from Barbados, Sister Mia Amor Mottley who has been a champion and strong advocate for the total elimination of roaming charges in the region. Sister Mia, thank you for your valuable support.

I also acknowledge the President of the CTU, Hon. Melford Nicholas, who chaired the Ministerial Advisory Group. Heartfelt appreciation to you and your ministerial colleagues for the guidance provided to the Negotiation Team.

It is important for me to also acknowledge the support of the Chairman of Digicel Denis O’ Brien and the Regional CEO of Cable and Wireless Inge Smidts, for their willingness to support this initiative from the outset. Without this support at the very top, progress would have been much slower and negotiations would have been much more protracted.

I take this opportunity to encourage your continued investment in the region, cognisant of the many employment opportunities your companies create and mindful that the information networks you build and support are vital to the growth and development of the entire region.

My sincere appreciation to the Caricom Secretariat for keeping this issue on the front burner within the Council on Trade and Economic Development, specifically COTED-ICT. I look forward to providing an update to my colleague Heads of Government next week in Belize and to discuss the way forward.

Selby Wilson, Lead negotiator for the Caricom Team, thank you for your able leadership and the wealth of experience you brought to the table given your long track record in the industry. Thanks also to your team for the tenacity and commitment demonstrated during these negotiations. I also recognise the efforts of negotiators representing the telecoms providers; thank you for your commitment to this process.

There are others who have supported our efforts including the Commonwealth Secretariat, providing legal opinions and assisting with the drafting of the declaration we will sign shortly. Sincere thanks to you.

I previously mentioned the support of the ITU in relation to work on the establishment of a Single Regional Regulator, but I must also acknowledge the administrative support that they offered throughout the process, ensuring that negotiation points were captured fairly and impartially as the talks progressed.

Having identified some of the key stakeholders involved, you should now have a better sense of the extensive collaboration which led to this milestone. Many lessons were learned during the process and we believe this model of collaboration can lead to accelerated implementation and positive outcomes with respect to the Single ICT Space, but more importantly for the Caricom Single Market and Economy.

As stakeholders, we have individual interests, but through our collective efforts, we can bring greater benefits to the people and countries of this region. 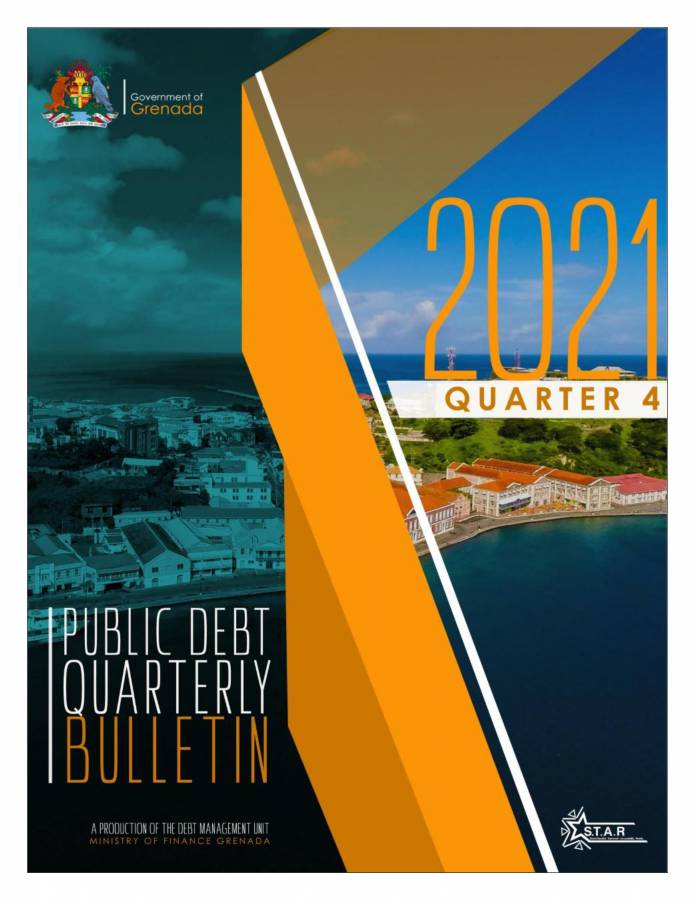