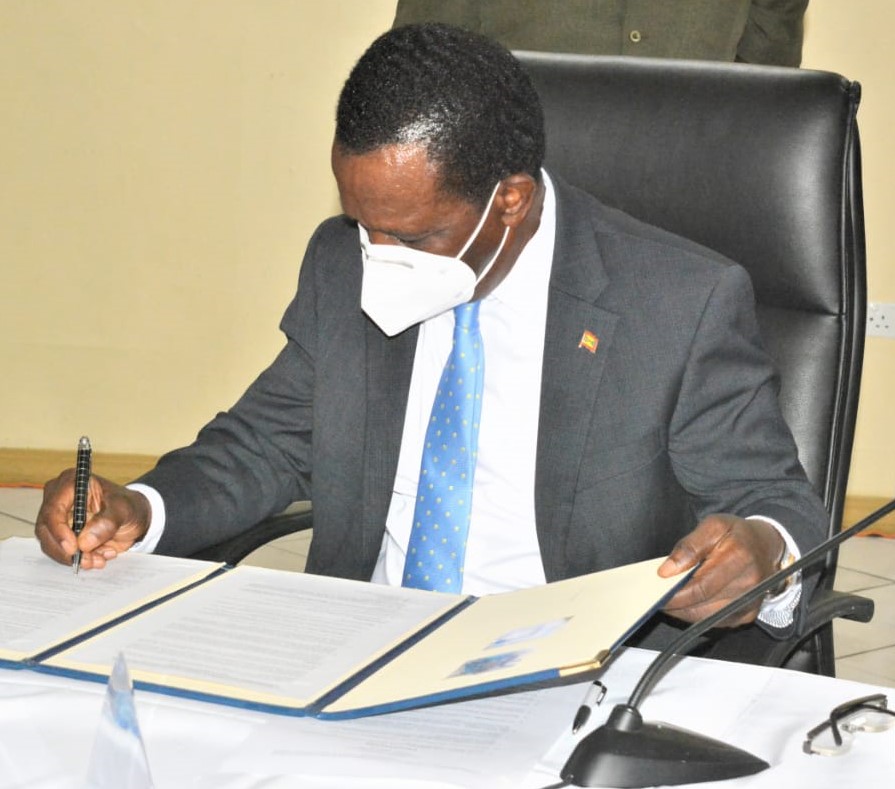 Under the leadership of Grenada’s Prime Minster, Dr the Right Honourable Keith Mitchell, the Caribbean moved one step closer to realising a reduction in roaming charges within the Caribbean Community (Caricom).

Dr Mitchell, who is the Lead Head for Science and Technology in the Caricom Quasi Cabinet, on Wednesday signed the Declaration of St George’s, Towards the Reduction of Intra Caricom Roaming Charges to Facilitate the Caricom Single ICT Space and the Caricom Single Market and Economy.

Recognising the declaration as an important milestone, Dr Mitchell said progress has not been as fast as regional leaders would like, but he noted that this interim solution gives renewed impetus to the efforts to advance key aspects of the Single ICT Space. He said, “We are encouraged by the milestone being recorded today as we sign The Declaration of St George’s – Towards the Reduction of Intra Caricom Roaming Charges. However, our eyes are set firmly on the ultimate goal which is to achieve the total elimination of roaming charges within Caricom.”

According to the Prime Minister, “This declaration essentially means that our citizens will have options to use their mobile phones as they move freely within the Single Space at reduced costs. Our citizens will be able to travel without the fear of incurring the normal exorbitant charges for voice and data usage as they conduct business or keep in touch with loved ones.”

Dr Mitchell is optimistic that the impending reduction in roaming charges will help drive digital commerce, regional integration and economic development. He repeatedly emphasised the need to keep moving towards total elimination of roaming charges to ensure “predictability, transparency and affordability of mobile phone charges and to improve the experience of Caribbean nationals.”

In her remarks, Barbados’ Prime Minister Honourable Mia Amor Mottley said, “Our goal is really the elimination of roaming charges, plain and simple. In Europe, they’ve done it and the reality is, our citizens would like to roam as if they are home, because they are at home in the Caribbean Community; that is our single domestic space.”

Prime Minister Mottley characterised the reduction as a large step, but still short of the destination to eliminate roaming totally. She said now that this journey has begun, there can be no turning back.

The representatives of Digicel and Cable and Wireless both underscored their companies’ commitment to the provisions of the declaration which will see the implementation of new roaming models in 2022. Through the declaration, regional governments and the telecommunications providers have also committed to continued collaboration in a number of areas including advancing towards a more harmonised regulatory environment and improving the overall customer experience by promoting greater regional connectivity.

NOW Grenada is not responsible for the opinions, statements or media content presented by contributors. In case of abuse, click here to report.
Tags: cable and wirelesscaricomcaricom quasi cabinetcaricom single market and economydeclaration of st george’sdigicelkeith mitchellkieran mulveykurleigh prescodroaming chargesscience and technologysingle ict space
Next Post

SMC meets with Minister for Health