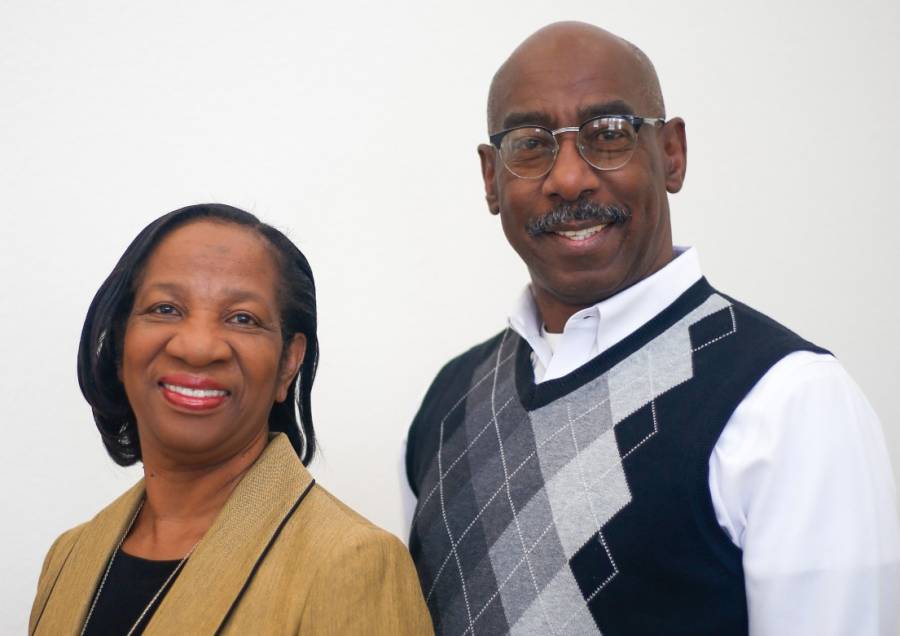 Everod Samuel and his wife Claudia Samuel, both Grenadian engineers, have shown that their pursuit of excellence and drive to serve humanity have no bounds. They have become two of the top business executives in the engineering field in the US state of Colorado.

Everod is the President and Claudia is the CEO and Founder of Samuel Engineering Inc, a multidiscipline engineering, procurement and construction management (EPCM) company executing heavy industrial projects in the USA and around the globe. The company was awarded the Martin Luther King Jr. Business Awards for exceptional community service endeavours. The awards are in honour and memory of the late American civil rights leader, Dr Martin Luther King Jr.

Samuel is a (Grenada Boys’ Secondary School) GBSS Alumni International Foundation (AIF) member, who continues to abide by his alma mater’s motto, non-palma sine labore: no reward without labour. He recounted gaining a deeper appreciation of the life and work of Dr King while being a student at Howard University in Washington, DC, in 1981.

“Being a prominent and highly respected HBCU, Howard University did an excellent job in completing the “why” that my mother uttered behind Dr King’s assignation. Armed with a much deeper understanding of what Dr King stood for, I promised myself to move, to not stop at just the understanding of the “why” but to do what I can to ensure that his living and death were not in vain. You see, I am convinced that without many of the forerunners like MLK… without their massive persistence, brilliance, work and sacrifices, Samuel Engineering Inc. would not be a reality today. Our profession and the EPCM arena is one area where Black people are greatly underrepresented in the US. Although we faced many challenges along the way, those challenges would have been orders of magnitude larger before the impact of MLK.”

Samuel admits that in navigating the corporate world as a black businessman, he was confronted with many challenges varying from difficulties obtaining significant backing from financial institutions to having to be so much better than others that you could not be ignored. These challenges served as a test of his resilience along his journey towards success.

The company is headquartered in Colorado with two offices in Texas and one in Wyoming, and has received numerous awards over its 25 years in business. The Samuels are no strangers to receiving awards for their company’s exploits in engineering and agreed that the Dr Martin Luther King Jr. ‘Content of Character’ Business and Social Responsibility Award, stands above the rest.

“As a high-performance EPCM company, we usually get nominated and recognized by various reputable private and governmental institutions, industry groups, etc. but, this one was different! To me, it is a Big Deal!!!! I distinctly recall being 8 years old when Dr Martin Luther King, Jr. was killed and my mother telling us “They kill him….. Martin Luther King!… Why? Why?” From that day I made a silent pledge to someday find out the ‘why’. In some ways, this ‘Content of Character’ Business and Social Responsibility Award is huge; a grown-up and much higher version of the ‘Good Influence’ Award I received at Speech Night in GBSS in 1978. Claudia and I have a commitment to excellence in everything we do. We view excellence as a journey; not a destination. This award is a validation that we are still on the road to excellence. The plan is to continue travelling that road and to use our experience, talents, giftings and blessings to be a force for good on this planet during our lifetime and beyond,” Samuel said.

Samuel highlighted some of his fond memories while attending his alma mater, GBSS. “Back then, much respect was received from your peers if you worked really hard at your studies and performed well; the ‘book beaters’ were highly admired. In my earlier GBSS years, though I was an above-average student, I was mainly focused on sports so I played lots of football, cricket, table tennis, cycling and swimming. Around Form 3, I became serious about my academics and started becoming one of the admired ‘book beaters’ along with taking on leadership roles in the students council, science club, scout troupe, debating society, etc. Starting in Form 4, I also got more passionate about swimming and cycling; representing Grenada both at home and abroad.”

“I was elected into roles such as President of the Science Club, Head Prefect and negotiator representing the students in discussions about the reinstatement of the then Headmaster who was removed by the government, the PRG. On the academic side, I received the most GCE O’level passes in Form 5 receiving many awards including the coveted award for ‘Good Influence’ on the student body. GBSS allowed me to practice and learn collaboration, management and leadership skills at a micro-level in a relatively safe environment where I could make mistakes and be forgiven for being less than perfect. GBSS set me on the road to excellence with quiet but very strong confidence,” he continued.

As an Alumni International Foundation (AIF) member, Samuel outlines programmes that he is currently involved in to give back to his alma mater. “I am part of the administration/leadership team that meets via Zoom every 2 weeks. I’m involved with planning, fundraising and donations geared to the improvement of students, the school and Grenada. Our efforts have helped provide much-needed support to some families that fell on hard times largely due to the negative effects of Covid. Our company, Samuel Engineering Inc., through the AIF sponsored an all-school essay competition on leadership. Accompanying the award ceremony I did a motivational video for the current students referring to my accomplishments with the intent of inspiring them to aim high. Many of the leadership team, residing in different parts of the globe (in Grenada, the Caribbean, Germany, UK, Canada, USA, etc.) are involved in mentorship, donation of supplies and equipment and financial support.”

The couple, who have been married for 37 years, has four adult children, two of whom work at Samuel Engineering Inc.

The Samuels support many charities and trusted disaster assistance organisations as well as mentor underprivileged and Black high school students. They also sponsor poor children and families in many countries around the world.

Creative Art Competition: “Portraying the Commonwealth Games and its values”