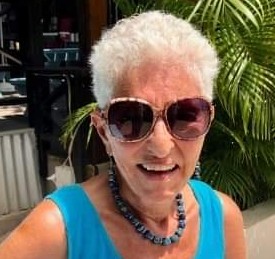 “On retiring and making Grenada my permanent home, I searched for an organisation to join which would allow me to pursue my interest in history and culture and the preservation of Grenada’s rich heritage, so I’m very pleased and honoured to have been elected President,” Davies said. “I believe strongly that for a nation to function well, it is critical to know and preserve the historic and cultural heritage of the nation and its people.”

Among her goals for the term of her presidency is to seek out and collaborate with all stakeholders in the preservation of the history and heritage of Grenada and supporting the Committee of tWRF which has reached out to schools to ask their assistance in engaging young people in learning about our heritage and choose activities to preserve it. “I’ve also embarked on a membership recruitment programme, which I aim to continue,” Davies said.

The Willie Redhead Foundation was founded in 1994 by Norris Mitchell to further the work of conservation and advocacy for Grenada’s built heritage that was begun by writer and activist, Willie Redhead. Since its establishment it has been involved in the restoration of Simmon’s Alley and of the hospital steps and walkway; advocacy on behalf of the preservation of Camerhogne Park and the restoration of such architectural gems as Government House and the National Museum; preparing a restoration proposal for the Public Library, and the production of a documentary on Grenada’s waterwheels. The Foundation also holds an annual Patrimonial Awards ceremony to honour and recognise private individuals and businesses that are contributing to architectural preservation in Grenada.