We the people were informed of the hosting of a press conference on Thursday, 17 February 2022 by Prime Minister Mitchell and Chancellor Modica to advise we the people of the SGU initiatives to create opportunities and employment for Grenada.

The Press Conference was quite revealing. It is useful to note that this Press Conference followed one week after the passage of the St George’s University (Amendment), 2022 to provide for a “grant” payment of US$30 million to the Government of Grenada as a result of February 2022 changes in ownership of the University and provisions for “grant payments” re future changes in ownership/control of the university.

In his opening remarks, the Prime Minister noted that the SGU was one of the top contributors to Grenada’s GDP, averaging 22% over the past 3 years and higher in “normal” times. The contribution transcended many sectors – real estate, entertainment, wholesale and retail services, construction, hotel entities. It was the single, largest private sector employer in the country and provided a number of scholarships to facilitate studies at the School of Public Health, School of Veterinary Medicine and the School of Arts and Sciences.

2. What did the Chancellor announce

I noted the following announcements/information shared by Chancellor Modica:

Based on the Chancellors’ comments, it would appear that the Prime Minister Mitchell made a case for the payment of this grant from the SGU, citing the erosion of the tax base as one of the factors reducing the revenue available to government. Isn’t that ironic?

3.2.1 Exemptions from Duties and Taxes

Cap. 257 C, the Property Transfer Tax Act, provides for both citizens and non-citizens to pay property transfer taxes in the event that they are engaged in the transfer of property, either as vendors or as purchasers. Under this Act, the following would apply:

The SGU has been in operation for over 40 years! It is a mature and profitable company, whose shares are being traded outside of Grenada. There are now layers of shareholders – direct and indirect parents[6] (???). SGU is more than able to pay the taxes that other businesses, particularly local businesses have to pay – corporation taxes etc. And if this company is going to be traded abroad, then it is time to for the Government of Grenada to ACT like a government and PROTECT Grenada’s interest. It is now dealing with an international business. Papa Chancellor will not always be in charge!

3.2.3 Scholarships in Lieu of Taxes

In response to a question, Chancellor Modica advised that the SGU paid taxes in the form of scholarships awarded to Grenadian students. In reviewing and updating agreements with the SGU, have negotiations ever been informed by a study re LEAKAGES via all the exemptions from duties and taxes vis-à-vis the value of scholarships and the payments made to Grenada?

Prime Minister Mitchell lamented the fact that other companies which came to Grenada and got enormous tax breaks. As they added up their profits, he wished that they would do as the SGU and make grant payments to the government. This was a rather surprising statement coming from the Prime Minister in a press conference. It confirms the concerns as to who is in charge – whether it is these companies getting all manner of tax breaks or the Government elected by we the people to take care of our business including the right and responsibility to impose the appropriate taxes to raise revenues to facilitate the operations of government. It also indicates that our government has apparently abdicated its responsibility, preferring to go, “cap in hand,” soliciting grants or perhaps there are other arrangements to which we the people are not privy.

While SGU was advising that it will be expanding opportunities for Grenadians, note that Grenada has already expanded opportunities for the SGU. SGU is benefitting from significant opportunities and grants from international agencies, e.g. grants for research in climate change and other areas. In 2011, under Grenada’s UNDP-Global Environmental Fund 4 Programme a grant of US$1.1 million allocated for Grenada went to support a Renewable Energy and Energy Efficiency (REEF) project to be undertaken by the Windward Island Research Foundation (WINDREF) at SGU was announced. Since then, other significant opportunities targetting Grenada are available to WINDREF and the University. Is the data generated by the SGU research available to Grenada/Grenadian institutions? What are the agreements between the SGU and the Government of Grenada in this regard?

What is the BIG picture? There are a number of references to the SGU in Grenada’s Blue Growth Master Plan[7], a plan that developed without the input of we the people and a plan which really seems to be the appropriation of the people’s natural assets and their exclusion from its use, The following references to SGU are instructive:

What really is the BIG picture re the transfer of shares and ownership of the SGU? To whom? What are the implications for Grenada beyond the glitter of the “US$30 million award” and promises of potential employment? The St George’s University is minding its business. Who is minding the people’s business and representing their interests?

NOW Grenada is not responsible for the opinions, statements or media content presented by contributors. In case of abuse, click here to report.
Tags: grantownershipsandra fergusonscholarshipsschool of arts and sciencesschool of public healthschool of veterinary medicinesgust george’s university
Next Post 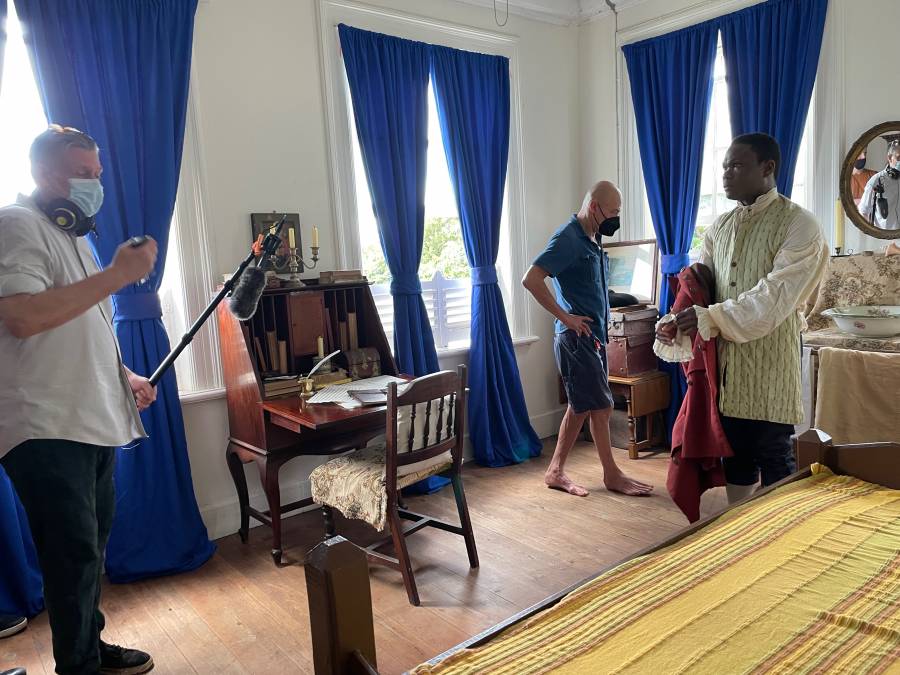