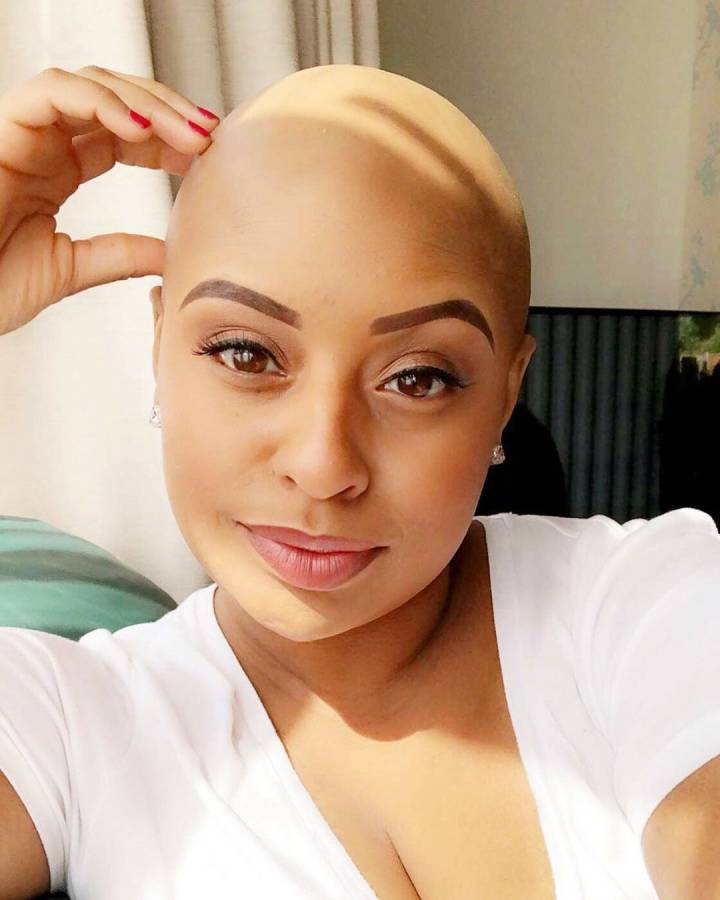 Alopecia advocate Christala Fletcher, a 29-year-old custom wig maker based in the UK, can be seen confidently rocking her bald head on social media or the front cover of beauty, fashion, and lifestyle magazines.

Her confidence wasn’t always this high. From the age of 9 and throughout high school, Fletcher quickly realised that societal beauty standards continue to perpetuate the notion that hair significantly boosts a woman’s beauty, confidence, sexuality, or femininity, despite her natural beauty.

Women like Fletcher and over 147 million people globally, live with an autoimmune disorder called Alopecia areata, which causes significant hair loss. This disorder can slowly tear away one’s self-confidence since people with the condition can recall being bullied and ridiculed at some point in their lives.

“Male baldness is such a recognised feature and is just a part of life because at some point they may lose their hair, and then they become this sort of like sex icon because it has become sexy for a man to lose his hair. But when a woman loses her hair, she feels like she loses her identity. All we see is women on beauty campaigns, in magazines and in any form of media, with the long flowing hair, and we just don’t get to see a representation of beautiful women with short hair or lack thereof,” Fletcher said.

Born in the UK with Grenadian roots by way of her grandfather from St Patrick, Fletcher noticed small coin-size patches of hair falling out in primary school. This progressed throughout secondary school, eventually leading to 95% loss of hair at 17, following being hospitalised with a blood infection.

“As you can imagine, a 9-year-old having no idea as to what was going on her. You just want to be like every other girl, and it was really traumatic because I really didn’t understand why this was happening. And at first, you feel really alone and unsure as to how do you fit in at school and on the playground and once it [hair] started to come out in varying degrees, then grow back then fall out, it gets really traumatic because you are constantly worrying about where is it going to fall out next,” she said.

The Alopecia community globally is currently in mourning following the recent news of the death of 12-year-old Rio Allred, a Northside Middle School student who took her own life because of being constantly bullied about her hair loss.

Although the disease is not life-threatening and does not cause any health concerns, Fletcher said it sparked relentless teasing and insults from her classmates, especially during her formative years in school, which caused her mental health to suffer.

“I was the kid that did not fit in, and I hated school … because I didn’t want anyone to find out, so I tried my best to hide it. My parents were fantastic in helping me disguise my patches. When I was 11, I transferred to high school and can you imagine high school kids when you are wearing hairpieces, wigs and it wasn’t fashionable back then. It came to a point where all of my hair fell out when I was 17 and I went into a deep dark depression.”

At her lowest point, 17-year-old Fletcher finally found the courage to shave it all off with the help of her sister. At that defining moment, she was able to begin the journey of repairing her broken self-confidence. When she posted an image showing the comparison between her bald head and her wearing a lace front wig, Fletcher truly was inspired to become an advocate after finding a support group of bald women. But she has also noticed while there are men involved in alopecia awareness groups, the space is dominated mainly by women.

“There are enough men included in those support networks, but I do know quite a few guys who have alopecia and are involved in alopecia UK charities, but I feel like for men because it is so widely accepted they either don’t seek support — which is also dangerous because everyone deserves support — and if you feel like you need that then men should reach out,” she added.

Currently, there is no cure for alopecia areata. Depending on which type and severity of the disease you have, you might experience hair loss in different areas and your hair loss and regrowth may be unpredictable. There are 3 well-known types of alopecia areata: Alopecia areata patchy is the most common form, with one or more coin-sized hairless patches on the scalp or other body areas. The second type is Alopecia totalis which causes the total loss of the hair on the scalp. The third type is Alopecia universalis which causes the complete loss of hair on the scalp, face and body.

Fletcher is dedicated to raising awareness of the disease, becoming a champion for those people suffering in silence. She has been featured in the Metro UK, United Kingdom’s highest-circulating print newspaper and has also appeared on the cover of The Guardian newspaper, Bella Magazine, UK’s classic woman’s weekly lifestyle magazine and was also featured in an article for Monpure London, the world’s first dedicated scalp and hair health brand. Fletcher was named AlopeciaUK’s Charity Champion in September 2021, the month earmarked for raising awareness globally.

She was also inspired to start her business Lace By Lala, which is a wig-making service geared toward hair loss sufferers. Fletcher has set her sights on Grenada to expand awareness of Alopecia areata and hopefully prevent bullying.

NOW Grenada is not responsible for the opinions, statements or media content presented by contributors. In case of abuse, click here to report.
Tags: alopecia areatachristala fletchercurlan campbell
Next Post