Government denies it has decided to appeal High Court ruling

Government denies it has decided to appeal High Court ruling

The Government of Grenada is denying reports that it has decided to appeal a High Court ruling of 29 March 2022 that could result in the Government having to pay billions to public servants who were considered to be disqualified to receive a pension directly from the Government following the enforcement of the Pension Disqualification Act in 1983.

The Judge in the matter is yet to provide a written judgment. However, in the oral judgment, the Judge ruled that the Pensions (Disqualification) Act Cap 230A as amended, is unconstitutional, null and void, insofar as it sought to modify pre-independence/ constitution pension laws.

“As such, the Court held that the pre-independence pension laws continue to be the pension scheme applicable for the payment of pension to public officers joining the service after February 1985,” said a statement from Government.

Labelling the report as “a contemporary misrepresentation”, a statement from Legal Affairs Minister Kindra Maturine-Stewart said that representatives of the Government are yet to discuss at Cabinet or legal levels, much less to come up with a decision, on what its reaction should be on the matter.

“As it stands right now, the Government awaits the written judgment and a full legal briefing. Any attempted representation of the Government’s reaction is premature and largely speculative, if not in some instances mischievous,” said the statement.

In a statement issued immediately following the oral judgment, the Government issued a statement reiterated its commitment to finding a permanent solution to the entire pension issue.

Following the report that Government will appeal the judgment on social media and in a newspaper, the Government issued a second statement saying that the only firm decision the Government has taken in the 24 hours since the ruling, is to declare its intention to invite the trade unions to have a discussion on the latest developments.

“As it has been, especially since 2018, the Government not only stands for open dialogue, but has initiated it on many occasions, as part of its consultative approach on matters of national interest,” said the statement which pointed out that the court case is part of an extensive process that has been in train for years and encompasses many aspects.

“If the solutions were simple and easy, it would have been dealt with at some point during the last 38 years by alternating NNP and NDC governments. It must be noted that while some previous governments shut the door on even discussing the issue of pension, it was this current Government that invited the trade unions, without being prodded, to begin to explore ways in which we can solve this complex issue,” said the statement.

As it stands, currently, public servants who retire are paid a monthly pension of 70% of their last salary, which is a combination of contributions from NIS and the Government.

The pension issue surfaced with the collapse of the 1979-83 Grenada Revolution, which had suspended the Grenada Constitution. During the reign of the People’s Revolutionary Government, it set up the National Insurance Scheme (NIS) as a replacement for the pension outlines that were enshrined in the Constitution.

NOW Grenada is not responsible for the opinions, statements or media content presented by contributors. In case of abuse, click here to report.
Tags: constitutiongrenada revolutionkindra maturine-stewartnational insurance schemepension disqualification act
Next Post 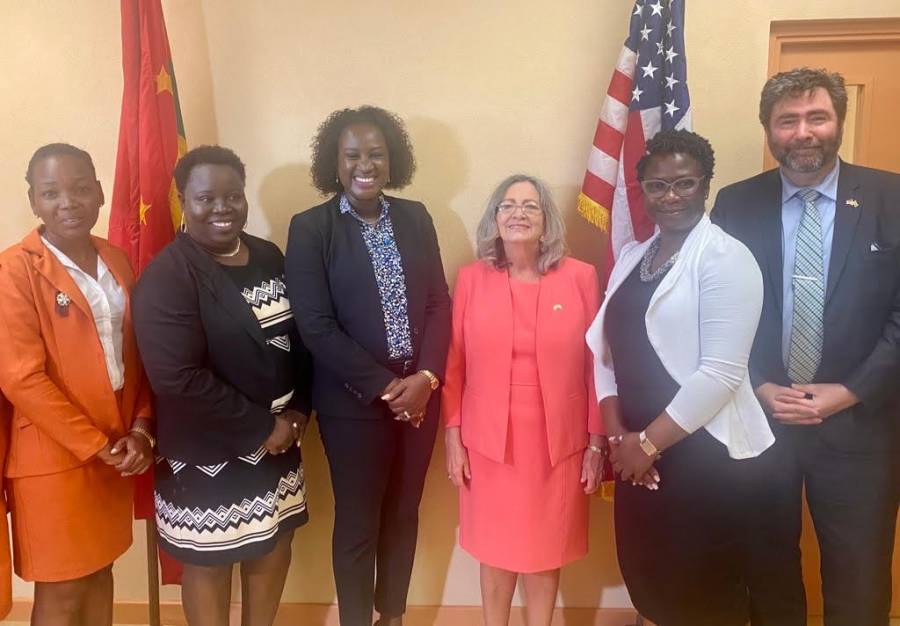