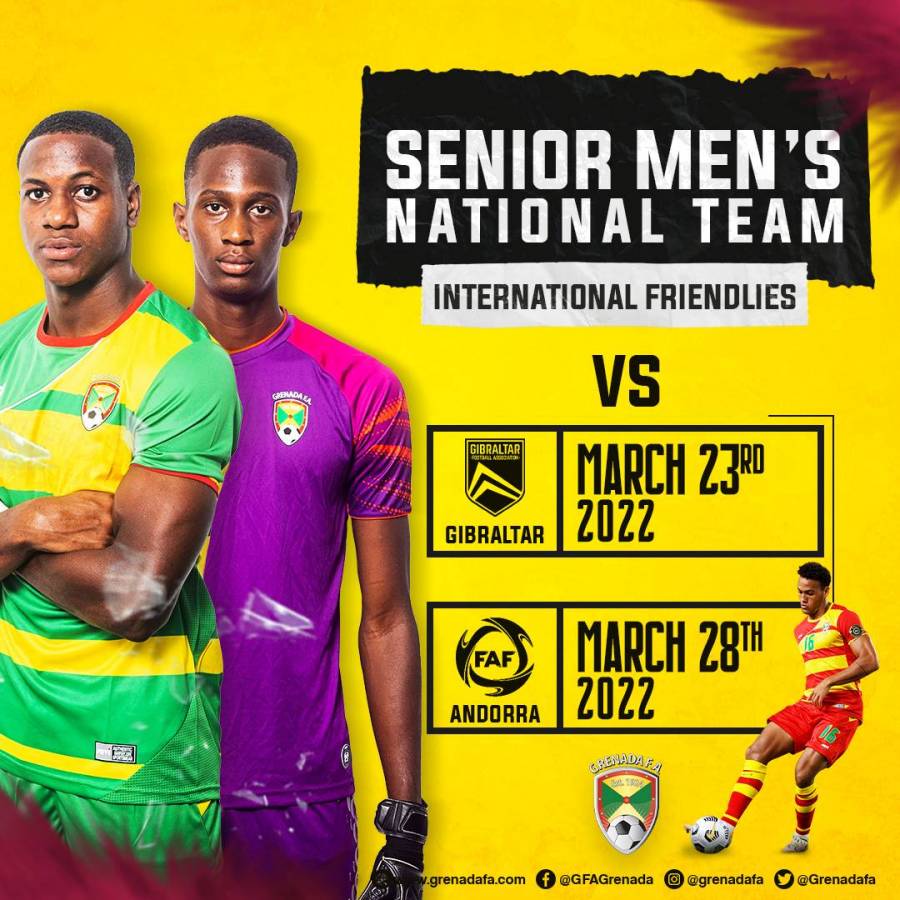 The Spiceboyz head outside of the Concacaf region to UEFA to play 2 important international friendlies this month as part of ongoing preparations for the Concacaf Nations League.

Coming out of the recent camp held in January in the USA, the Senior Men’s National Team Head Coach and staff were able to assess and develop a number of players who will go on to feature in the squad for the March friendlies.

Looking ahead to the matches, Senior Men’s National Coach Michael Findlay said, “We’re extremely excited about the upcoming matches vs Gibraltar and Andorra in the March FIFA dates. This provides the programme with the opportunity to compete against UEFA based nations in our continued build-up to the 2022 Concacaf Nations League in June. These matches are a critical part of our 2022 overall plan for the SMNT which includes a regionally focused evaluation process of our squad and the chance to engage in competitive matches vs recognised nations to assist in raising our overall performance standards.”

He further stated, “This is also the first time the Grenada Senior Men’s National Team has travelled and competed outside the Concacaf region which provides us with those key experiential moments on and off the field and sends a message to our competitors that Grenada is serious about our long-term plan and the overall growth of our programme within the Concacaf region as we enter the bottom of the next cycle on the road to 2026 FIFA World Cup Qualification.”

Coach of the Andorra National Men’s Team Koldo Alvarez de Eulate is excited for the upcoming fixture saying: “Grenada is a very strong team. It is growing a lot and improving, as we saw in the Concacaf Gold Cup and the last Qualifiers. They are very strong physically and have a very high pace of play. For us, it will be a very demanding game, but we will try to counteract all these virtues with our game.”

President of the GFA Cheney Joseph wished the Senior Men’s National Team the best on their historic journey and said, “The Senior Men’s National Team is on a transformative pathway and we are looking forward to seeing the team’s performance in the UEFA region. The cultural and technical exchanges will be very beneficial for the growth of the team and the programme set for the rest of the year as we look ahead to the Concacaf Nation’s League later this year.”

The 2022 Competition windows are June and September for the Concacaf Nations League. Grenada will compete in League A along with the USA, Mexico, Canada, Costa Rica, Panama, El Salvador, Honduras, Jamaica, Suriname, Martinique and Curacao.