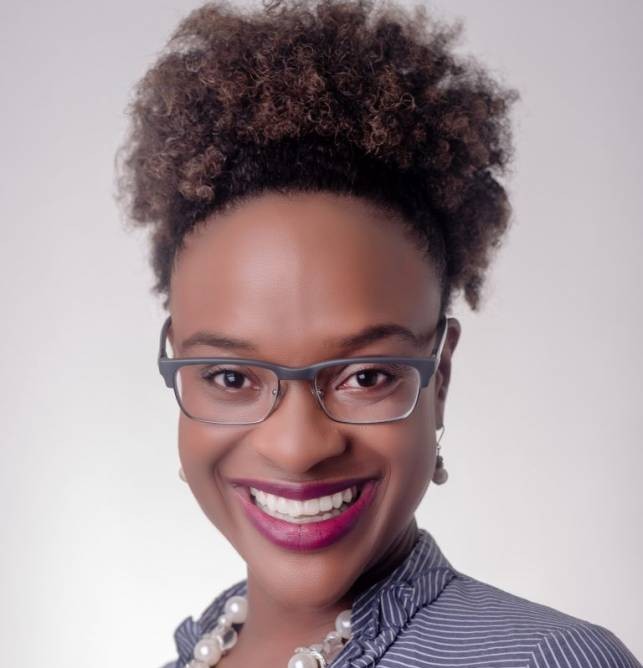 At a time when all is not well with international economic relations, a message of inclusiveness, equity and morality in trade appears to have resonated strongly in a room at the World Trade Organisation (WTO) packed to capacity with trade negotiators, dignitaries, WTO staff, students and academics.

Assembled to hear the thoughts of Barbadian Prime Minister Mia Amor Mottley at the WTO’s Inaugural Presidential Lecture on the theme “Re-inventing the Global Order” – the audience showed their appreciation for her hard-hitting speech with their rapt attention and a thunderous applause of appreciation when it came to an end after an hour and a half. It was an especially defining and prideful moment for those of us who work in the field of Trade to hear an erudite, charismatic and clear message about the problems of the WTO from the perspective of one of its smallest and most vulnerable Members.

While the PM made many eyebrow-raising points and posed as many questions as she did answers about the morality and equity of the trading system — befitting of a Presidential Lecture series that seeks to generate new and even controversial ideas — what lingers on for me were her ideas of how this multilateral body, characterised by inertia and lack of progress in the past 20 years, might rise to the occasion … and the times.

PM Mottley’s substantive contributions focused on two areas where trade might play a more meaningful role: the digital economy and climate change. Starting with the digital economy, she noted the complete concentration of the ten biggest digital platforms in the US and China. Highlighting that trade intersects with digital commerce since it affects the ability of consumers and producers to access these platforms and consent to their rules, she noted that the current global landscape is distortionary and discriminatory and beyond WTO scrutiny. In the case of climate change, the Prime Minister used this new pulpit to repeat calls she has made at Glasgow and the United Nations General Assembly for greater action on climate change — especially on behalf of countries with high debt. Her message was that the WTO should complement action taking place in other fora and should provide almost a global assembly line for investment, production, and ultimately trade of renewable products. Noting that the global energy transition costs around $3 trillion per year, she repeated her idea that the IMF should serve as a trustee for a new Climate Mitigation Fund valued at $500 billion and backed by new issues and used Special Drawing Rights. That Fund could then lend to skilled and experienced green investors in one country, who could then use those low-cost funds to raise further capital in another country, buy technology somewhere else and then invest where there is greatest need for the technology, and climate mitigation.

The speech highlighted these and other issues that ultimately affect the competitiveness of certain economies and sectors. For her then, the biggest challenge for the current trade system is not high tariffs so much as other rules and practices that stifle the growth and increase the debt of some. That unfairness is being perpetuated by the uneven application of global money-laundering rules on developing countries; prohibition of tax incentives for research and development; prohibitions on subsidies for developing green technologies, unfair accreditation and standards processes, to name a few.

These are not new criticisms levelled at the WTO but they certainly have not been so directly and eloquently made in the bosom of an institution that seems less concerned about morality and justice as it is with detailed technical trade rules for negotiating access to markets; less about the relative circumstances of those sitting at the negotiating table and more about the overall negotiated outcomes being applied on a Most Favoured Nation or “MFN” basis. Her thoughts might serve as a basis for negotiators to take their heads out of the minutiae of legal provisions and imagine what might be possible if equity and moral justice were the main metrics of success.

This brought me to wonder: how would the WTO even conceive of implementing solutions to these problems within its existing structure? Could we imagine a WTO that would gravitate more from the periphery to the centre of the universe on these core issues? Could the WTO really curb the growing tendency towards unilateral approaches to achieving equitable solutions to problems – whether on carbon adjustment, health equity, workers’ and labour rights — and instead forge a multilateral approach? The current negotiations on the environment, e-commerce, and MSMEs touch on some of the points raised by the PM, but as currently constituted, they seem a long way away from her market-based equitable solutions.

In what might be her most tangible proposal, I heard the PM call for a WTO that is a representative, countervailing, and strong voice that monitors and values the impact of international trade and speaks up in defence of an international trade system. She proposed the creation of a High-Level Committee that could consider for instance whether the war on money laundering, on tax evasion, on climate or any of these campaigns might not have inadvertently become a war on developing country exporters or small exporters. To that list of issues, I would add what is the (economic and legal) cost of the absence of a two-tiered dispute settlement system; how does the absence of revised rules on subsidies and investment affect competitiveness; and how does debt affect the ability of many countries to trade.

I would endorse the creation of such a Committee to advise the Director-General (DG) — and ultimately WTO Members — on what a next-generation WTO could look like. The Committee would help in defining exactly which areas for attention and priority would fall within its scope. It would have a mandate much like the Caribbean Commission on the Economy on which the current DG served before she became the DG, together with other internationally recognised experts including former DG Pascal Lamy, to advise Heads of Government of the Caribbean Community (Caricom) about how they should assist with structural and economic reform of that regional bloc. The next generation Committee would have to be representative and act as a reforming force against the tendency of WTO Members to look internally for answers. Serious thought should be given to how the Committee is constituted with a healthy mixture of insiders and outsiders to avoid insiders’ bias. Diversity would be achieved through the inclusion of policymakers and academics from all over the globe drawn from the WTO’s Chairs Programmes as well as other cohorts of academics dedicated to trade that do not get enough opportunities to actually contribute, but are among its most enduring and committed proponents of the WTO. These associations like SIEL, ASIL, AfIELN, and others are teeming with ideas and ripe for picking. The WTO next generation committee would not only breathe some new life into the WTO, but might also dislodge some of the reticence of countries — including those in the Caribbean — to actively engage on the plurilateral issues being debated at the WTO today.

Dr Jan Yves Remy is the Director of the Shridath Ramphal Centre for International Trade Law, Policy and Services (SRC) and the Barbados Chair under the WTO Chairs Programme. For more information, visit the SRC website at www.shridathramphalcentre.com

NOW Grenada is not responsible for the opinions, statements or media content presented by contributors. In case of abuse, click here to report.
Tags: jan yves remymia mottleyworld trade organisation
Next Post