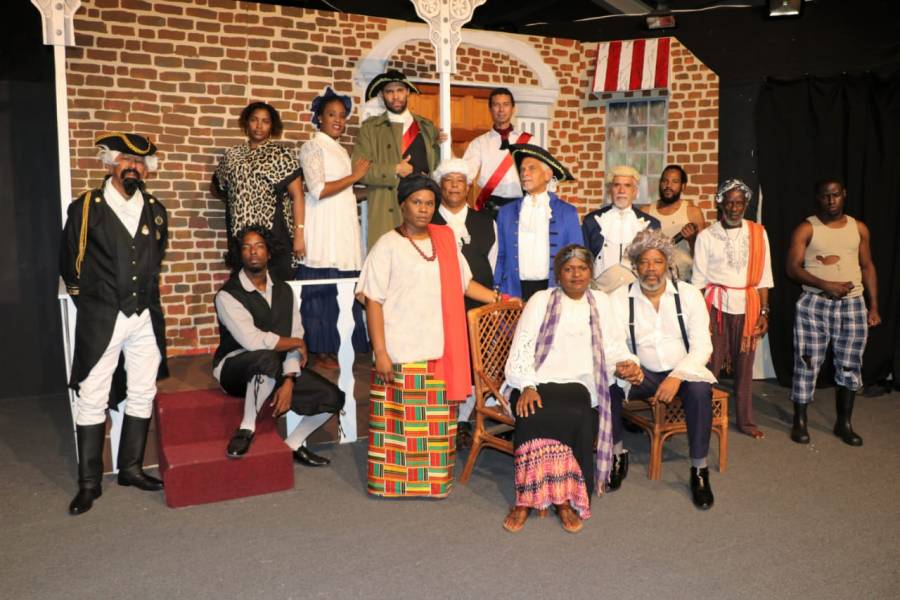 After not being out in a crowd during the entire 2 years of the pandemic, Sunday night I put on my mask, girded my mind with the knowledge that I am fully vaccinated and boosted, and joined the lovers of theatre at the Grenada Trade Centre to watch the Chris DeRiggs’ play, Julien Fedón.

Our knowledge of Fedón, the 1779 Grenadian/French Rebel is a character we know mostly through the myths that are passed from one generation by word of mouth. The funny story of him putting the shoes of the horses on backwards to confuse the British is one that is enduring. We were never taught Fedón’s story in school as a part of our own history. Fedón’s revolution is flippantly described as a slave revolt, but DeRiggs has delivered to this home island audience a much more detailed, historically researched account.

Grenada is one of those islands that was tossed back and forth like a tennis ball between the far-off European colonial powers, according to the latest whims of their faraway battles. Fedón was a Creole Frenchman, born and raised in Grenada, with deep attachment to the soil, and to the ideals of the French Revolution. He was educated, well-read, but also a slave owner.

DeRiggs told the story though the Fedón Family, tracing their relationships and their interactions with the British. Veteran actor Robert White inhabited Papa, while the strong young independent-minded Fedón came to life with the powerful acting and voice of Samuel Ogilvie. Known better as a singer, Jomo Kirton could have convinced one that he was French. He was animated and even funny.

When the ladies started to speak, you could imagine the French patois spilling off of their tongues. Dhayle Divine and Daisy Hazzard were more than convincing as mother and nanny. Moments of levity were provided by the antics of the two “goons” Jude Modeste and Jay McDonald.

The biggest surprise was people who we have never before seen on stage becoming unrecognisable in their roles. Allen and Andrew Bierzynski each took the role of successive British governors, and someone actually leaned over and asked me if it was the same person. But most intriguing was Dexter Yawching in the Role of Captain Rollins. Who knew that this bass-playing musician could command a stage!

DeRiggs took a very big story and distilled it to a 2-hour narrative. The rise and fall of hope for a Grenada free from the British, for slaves free from the masters and plantations, and for the Fedón family to be free to decide their own destiny from the heights of Belvedere was a forerunner for other historic events in Grenada. The labour protests of the 50s, the rise of Eric Gairy, independence from the United Kingdom, the 1979 revolution with subsequent invasion by a superpower, can all be given a context in Fedón’s history.

By telling our own stories, we can better understand the complexities of our society today.

DeRiggs has brilliantly brought to life in a way that all can understand, that Grenada has never been a simple paradise. Congratulations to all involved — the set makers and managers, the costume makers, the sound and lighting experts, the sponsors — who over a long period of delay during the pandemic have persevered with the determination and resilience of Julien Fedón to tell this story.

We are all the richer for it. The play continues for one more weekend at the Grenada Trade Centre, produced by Heritage Theatre Company.

NOW Grenada is not responsible for the opinions, statements or media content presented by contributors. In case of abuse, click here to report.
Tags: chris deriggsheritage theatrejulien fédonsusan mains
Next Post 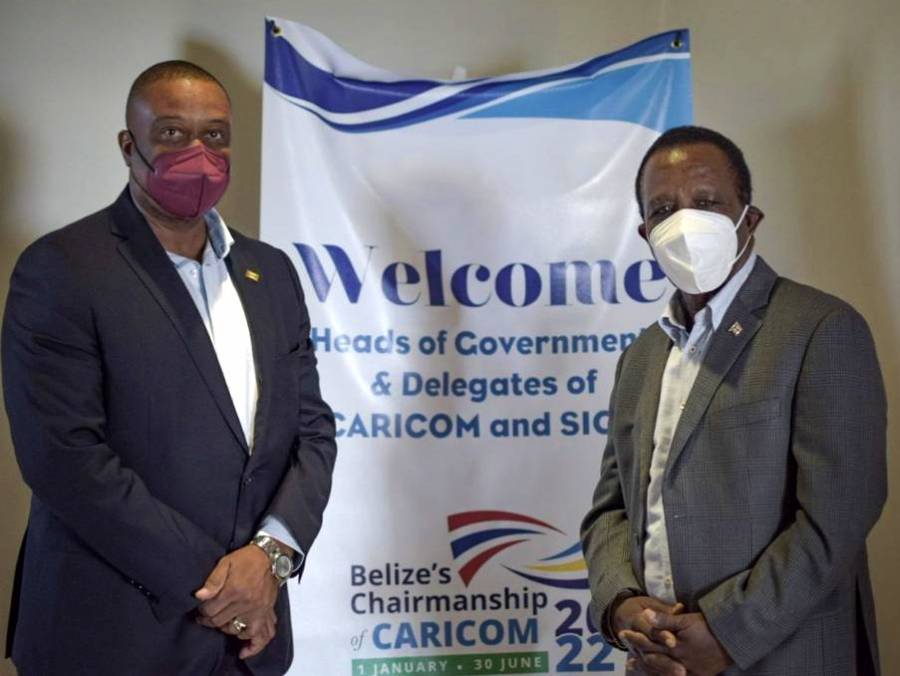