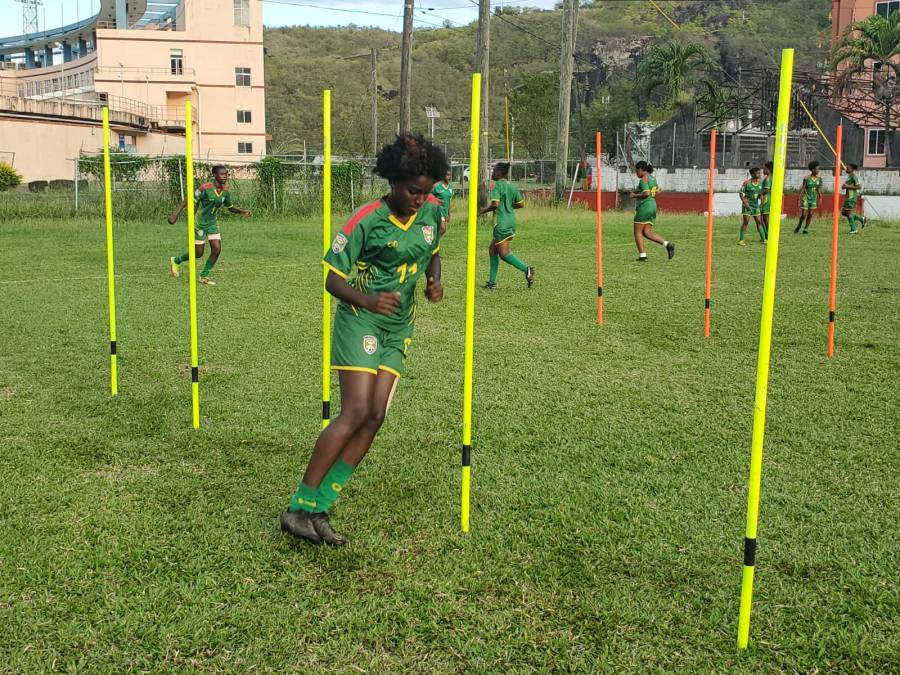 U17 Women’s Team shift into high gear at weekend camp

U17 Women’s Team shift into high gear at weekend camp

Last weekend, the Grenada U17 Women’s National Team participated in a team camp as preparations kick into high gear ahead of the Concacaf Women’s Championship in the Dominican Republic from 23 April to 8 May 2022.

The team consisting of 25 young women were accommodated in the newly completed third floor of the GFA Headquarters at Queen’s Park. Under the stewardship of Coach Randy Boca, the team participated in a number of fitness, technical and personal development sessions during the weekend camp.

Sixteen teams are participating in the upcoming Championship and Grenada is in Group G along with defending Champions, the United States of America, Costa Rica and Puerto Rico. The Spice Princesses had an automatic qualification to the final round of competition having been ranked 15th in the Confederation.

Grenada which hosted the tournament in 2016, commenced training for this major event last year in which the team had the opportunity to play friendly matches against the Antigua U17s. Similar practice opportunities will be secured in the coming weeks to give the team more playing time on the field.