Final consultation on decriminalisation of marijuana set for Friday, 22 April

Final consultation on decriminalisation of marijuana set for Friday, 22 April

Agriculture Minister Peter David has disclosed that as part of the process of receiving comments on legislation that will amend the Drug Act and allow for decriminalisation of cannabis or marijuana, there will be a final consultation on Friday, 22 April 2022.

“After this Friday we are going to go back to the Cabinet to indicate to the Cabinet what was the response. Some people have heard the public response, I think. There are different views to the legislation, I must say though we have not received any negative responses on it and this points in a particular direction,” David said when asked to provide an update on the bill which was laid in the House of Representatives for first reading in November 2021.

He further shared what will occur after the consultation. “So, I am going to go to the Cabinet next and indicate to the cabinet the results of these consultations. We did have a round table with some of the stakeholders, so we have a pretty good picture now as to where our society is on this. So, I think the next step is for Parliament to have the second reading, where we will deal with the matter there, finalise it there and then move it on to the senate and then all of the stakeholders in it put their mechanism in place,” said the Agriculture Minister.

Before the legislation was placed in Parliament, there was a 3-member committee whose task was to identify the best way Grenada can enforce aspects of the Caricom Marijuana Commission Report. The members are Health Minister Nickolas Steele; Agriculture Minister, Peter David and Dia Forrester, the Attorney General.

While tabling the Amendment to the Drug Act in November 2021, David told the Parliament that Grenada will not be focusing on the cultivation of cannabis as part of its initial approach but instead will adopt a strategy where the first step will be decriminalisation for personal and religious use.

However, during the various consultations following the tabling of the Bill, several participants felt that Grenada needs to legalise marijuana for industrial and commercial use and not decriminalise it only for religious and personal use.

In December 2020, Prime Minister Dr Keith Mitchell in a public meeting said Grenada will develop its own model for cultivating, distribution, supplying and use of marijuana as it moves forward to enforce an aspect of Caricom’s Marijuana Commission report.

NOW Grenada is not responsible for the opinions, statements or media content presented by contributors. In case of abuse, click here to report.
Tags: cannabiscaricomcaricom marijuana commissionkeith mitchellmarijuanapeter david
Next Post 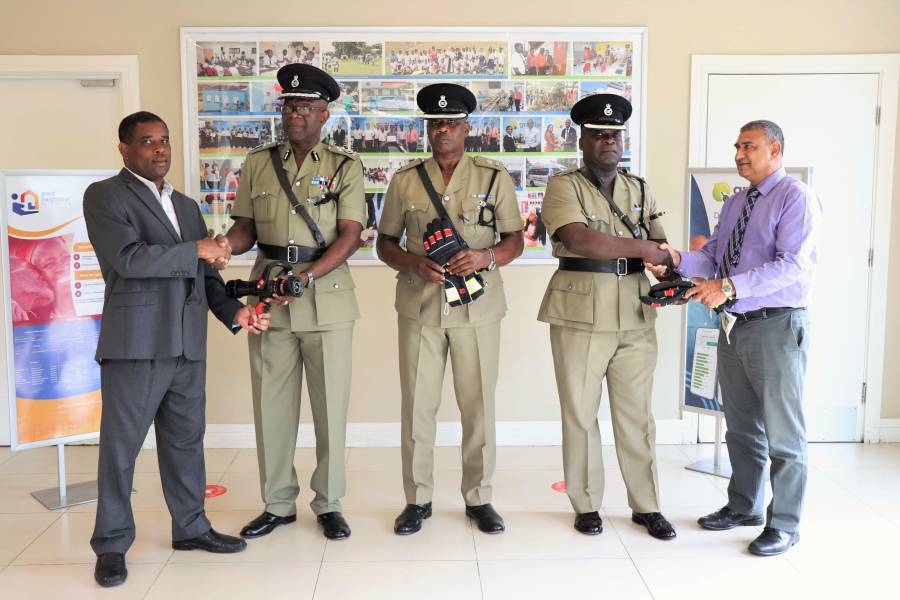 RGPF Fire Department among beneficiaries of Grenlec Project Grants in 2021