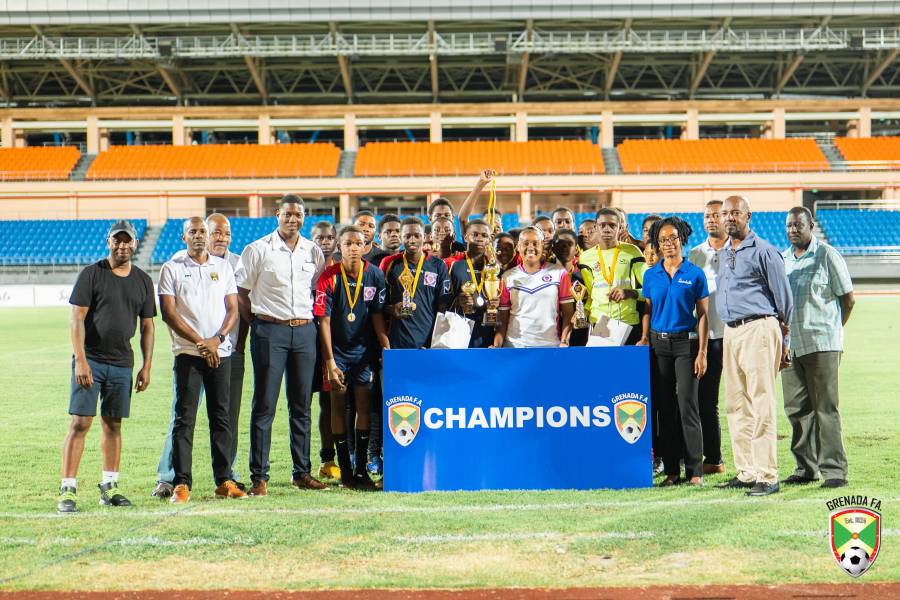 In the final at the Kirani James Athletics Stadium on Friday, 22 April, Paradise FCI applied pressure and dominated the match early.

The QPR unravelling began with a 7th-minute own goal by Corey Smith followed by a beautiful goal from Paradise FCI’s Zade Douglas resulting from a corner kick. Rodel Ashton followed with a goal in the 29th minute, Jermol James, one minute later (30’) and Kimonie Williams in the 46th. Paradise’s Ariel Williams found the net, but in an own goal in extra time (60+2). QPR’s fighting response came in the second half from Rhashid Benjamin in the 44th minute and Tayshawn Frederick in extra time (60+4) with the match ending 5-3 in Paradise FCI’s favour.

In the third-place playoffs, SAFL beat Hurricanes 3-1 in League A and Mt. Rich got the better of Hard Rock 4-2 in League B. In the prizegiving ceremony following the finals the following were the individual title winners:

Speaking at the closing ceremony, Grenada Football Association (GFA) Ambassador and UK Scout Angus Douglas said, “It was a fantastic show of talent. I saw some of the U13 competition last year and this competition has raised the bar again. Hopefully, we can get some of this talent in the UK in the future.”

Sandals Grenada Public Relations Manager Deleon Forrester congratulated the teams and thanked the GFA for maintaining the partnership during the Covid-19 pandemic and ensuring that players were given a chance to play and finish the competition. She further stated, “Sandals has partnered with the FA since its inception in 2014 and partnerships like these are what we’re all about.”

Raphael Croney represented the Ministry of Sports and encouraged the GFA to work hard to develop the sport with the Ministry assisting in whatever way it can. GFA President Cheney Joseph congratulated the winners and all participating teams. He recognised Paradise FCI’s Zade Douglas as a talented player to watch in the future.