The Earl and Countess of Wessex. Pix: gov.uk
Share

Philomena Robertson, Press Secretary in the Office of the Prime Minister has confirmed that Prince Edward and Sophie, the Earl and Countess of Wessex will no visit Grenada as part of the Platinum Jubilee tour in commemoration of the Queen’s 70th year on the throne.

The tour is scheduled to commence on Friday, 22 April and run until Thursday, 28 April 2022. Other islands scheduled to be visited are St Lucia, St Vincent and the Grenadines, and Antigua and Barbuda.

“There was a mutual agreement between the parties to postpone the visit at this time,” Robertson responded when asked to explain the postponement of the trip. The Government is yet to issue an official response to the announcement from Buckingham Palace.

Buckingham Palace did not provide an explanation for the late postponement but admitted that it came after consultation with the Government of Grenada and on the advice of the Governor-General.

The postponement came days after Arley Gill, Chairman of the National Reparations Committee wrote to Governor-General Dame Cecile La Grenade requesting an audience with the Earl and Countess to discuss matters specific to the work of the Committee. “Yes, we wrote requesting an audience. We are awaiting a response and now we are learning that the trip is postponed. I don’t know what is the reason behind this postponement but I believe that our request played a role,” said Gill. He believes that the recent admission and exhibition by the Bank of England confirming it once owned slaves on 2 estates in Grenada did not speak well for the visit.

Recent research conducted by the Bank found that in the 1770s the Bank made loans to a merchant company called Alexander & Sons. When the business defaulted on those loans, the Bank came into possession of 2 plantations in Grenada which had been pledged as security for the loans. They then became the owners of 599 slaves.

It is understood that besides having an audience with the Earl and Countess, several citizens were planning a protest for a location that the visitors had to travel to during the visit. 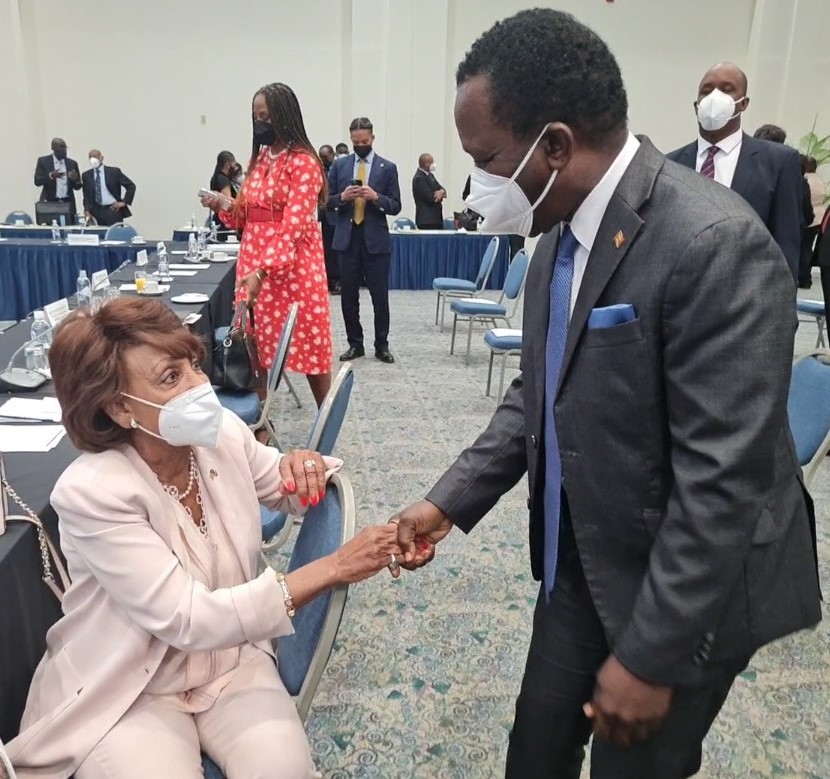