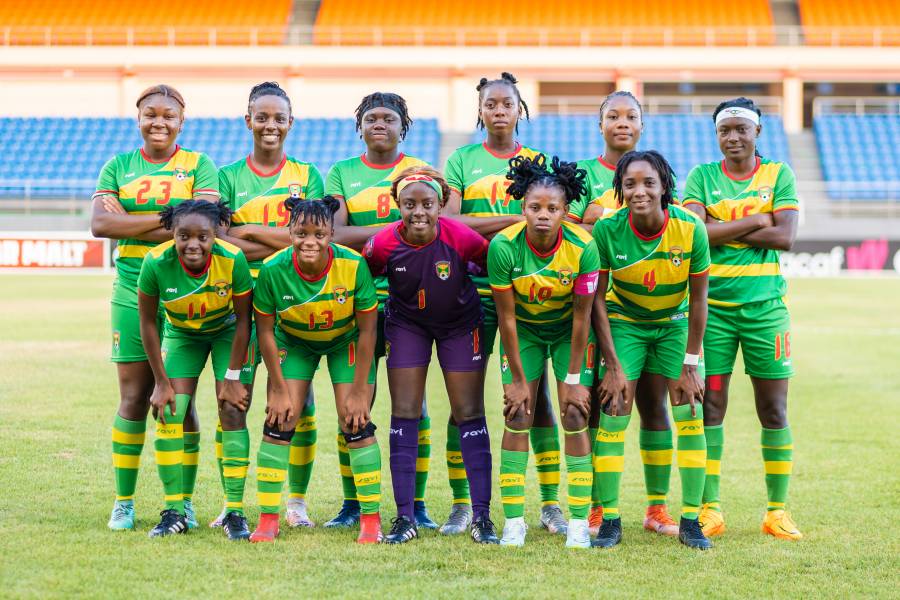 The Senior Women’s National Team leave the island on Saturday, 9 April 2022 for their final match in the Concacaf Women’s Qualifiers against Bermuda, scheduled for Tuesday, 12 April at the National Sports Centre in Devonshire Parish, Bermuda at 6 pm.

According to the Senior Women’s Head Coach Jake Rennie, he has reviewed the last match with the players and is looking forward to the match against Bermuda. He said, “As a team, we will not give up. We are back training hard to win against Bermuda and I think we will do much better. The girls have seen their mistakes and want to give the fans at home a better performance.”

The Grenada Football Association (GFA) wishes the Senior Women’s Team the very best in their next encounter, and thanks the players and staff for their hard work and dedication. The GFA also thanks its sponsors, well-wishers and fans for supporting women’s football development.

The following is the list of players travelling for the match against Bermuda: