Senator André Lewis, President of the Grenada Trades Union Council (GTUC), wants to see the Government of Grenada undertake legislative changes that he described as extremely important to the labour movement.

“We want to focus on some matters here comrades that we call legislative changes; as the working class these things are extremely important to us. We call upon comrade Charles Peter David, Minister for Labour to address the following legislative issues for us,” Lewis said in his 2022 May Day address during Sunday’s rally at the National Stadium.

This is the first mass gathering of workers to celebrate May Day otherwise called Labour Day, since 2019. There were no gatherings in 2020 and 2021 because of Covid-19 pandemic restrictions.

Topping the list of legislative changes is access to the court on trade disputes. “As it stands right now comrades, we are bringing something to your attention for the very first time. Those who have not heard it before, we want you to pay particular attention. As it stands right now the bourgeoisie class under the leadership of a corporate lawyer has bought to the courts up to the Privy Council level, to rule that workers do not have access to the court to seek justice on most trade dispute matters,” Lewis said.

Referring to an ongoing matter in the court involving a hotel and a former non-essential worker, he told the workers that there are lawyers who are fighting to ensure that workers cannot take matters to the court. Without naming the lawyer or law firm involved in the matter, Lewis shared the names of the parties involved in the case and then instructed the crowd to “google it and read it for yourself.” A search of the Eastern Caribbean Supreme Court in the Court of Appeal regarding case number GDAHCVAP2018/0008, shows that the lawyer on behalf of the Casepak trading as the Calabash Hotel is Dickon Mitchell, the current leader of the main opposition National Democratic Congress (NDC).

The case is a matter centred on the wrongful dismissal of Indra Williams, a non-essential worker. According to the court document, the company has refused to accept the ruling of the Labour Commissioner and the Minister for Labour and has not agreed to an arbitration tribunal. Williams then filed a complaint in the matter to court. The lawyer for the hotel is arguing that the court has no jurisdiction to hear the matter.

Lewis told the hundreds of workers at the rally that he cannot tell them who to vote for, but he is of the firm belief that they should know about the issue. “Bread and butter issue must not be coloured by politics… I will be failing in duty if I don’t address these matters. At the end of the day vote for who you want, but do it consciously, do it with the full knowledge that bread-and-butter issues must not be mixed with politics,” he said.

Another legislative change recommended by Lewis who is the Trade Union Movement representative in the Upper House of Parliament, is an amendment to section 66 (1) of the Labour Act. This focuses on the term “reasonable time” when engaging in an industrial dispute, and the Banking Act relative to the sale of a business in banking.

“The time has come for public officers’ grievances not to be heard by the Minister of Labour. The reason for that is that the Minister for Labour is a member of the Cabinet and therefore he cannot impartially address a matter concerning public officers, and therefore, we need to have a separate body to address those issues. We need to struggle for that, this is bread and butter issues,” Lewis said.

Besides Senator Lewis who is also the President-General of the Grenada Technical and Allied Workers Union (GTAWU), the rally was also addressed by other leaders in the trade union movement whose focus was on the recent court judgment that reinstated pension for certain government workers from the consolidated fund, and Minister for Labour Peter David.

David assured the workers that the government will not appeal the judgment and will work towards a solution which is expected to cost the government millions of dollars. 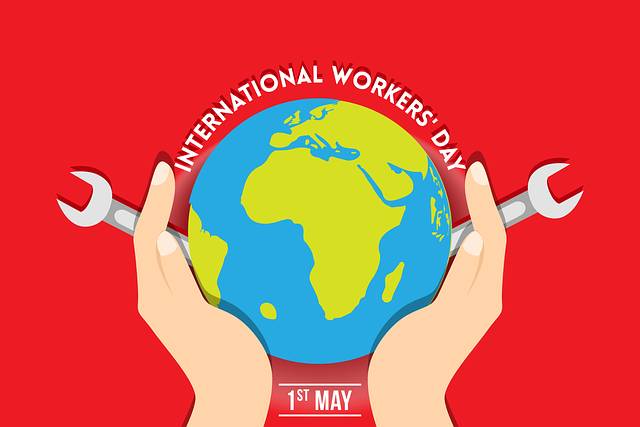