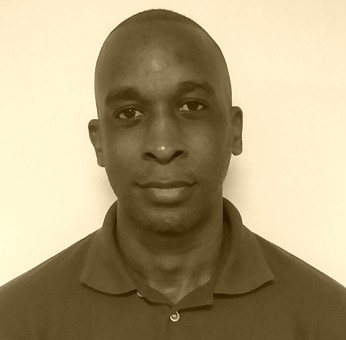 Born and raised in the village of Boca, St George, Fimber Frank’s love of writing started back in 2004 as a budding calypso and soca songwriter.

This later morphed into a passion for writing short stories and poems as he perfected his writing skills. But it was his love of the Grenadian version of French Antillean Creole that led him to include the language throughout his book in an attempt to revive what many believe to be a dying aspect of Grenadian intangible cultural heritage.

Frank captures the essence of French Antillean Creole (Patois) in his new book entitled MYROTE Volume I: Serious Thoughts on Paper, a 154-page book filled with songs, poems, short stories and games, written in both Patois and English.

French Creole/Patois as it is known in Grenada was born in the Caribbean out of the need to have a common language during the transatlantic slave trade, a time when the 17th and 18th-century French dialects were merged with various other linguistic expressions from speakers of Ewe, Igbo, Twi, Wolof and Yoruba among many West African languages. One of many Creole variants spoken on more than a dozen Caribbean islands, Patois, a language that was once considered an informal, inferior and a broken language spoken by “uneducated people”, has taken new life in his book as the author sought to compile this complex cultural creation to inspire a new generation that may not have been aware of the language. He said his inspiration to include Patois in his book derived from memories of growing up with his aunt, Fransillia Frank, who used Creole words in her everyday interactions.

“As most Grenadians and millions of others across the islands, French Antillean Creole lives with us. I grew up in a home where my aunt used Creole words day-in, day-out. From an early age, I was used to hearing difé – fire; sanglé – to bucket; égawé – dazed; matwité – mature; pawen – godfather; nennenn – godmother; mako – male eavesdropper, male homosexual, effeminate. That experience, coupled with the fact that I learnt French at school and always loved it, made me embrace Creole and work toward becoming a fluent speaker of the language. Creole to me is special.”

“It is a language on its own, not broken French, but a combination of several African languages, French, Spanish, Kalinago language, etc. A real mix of the people and culture that developed in the colonies during the brutal centuries of slavery. Maybe one of only a handful of “good things” we can say emerged from slavery. I believe Creole is important enough to work toward its revival here in Grenada. It would be a great day if we can make Creole as widely spoken as it is in St Lucia, Dominica, and elsewhere. That’s why it is and will be emphasised in my books”, he continued.

Frank hopes that readers gain a greater appreciation for creative writing, French Antillean Creole and the many proverbs that are used throughout the book.

“A lot of the wisdom that is sometimes passed off as “old people talk” was originally spoken in Creole and was translated to English after Grenada fell under British rule. For example, mizè ka fè makak manjé piman – misery makes monkey eat pepper which means “when left without options, you’re forced to do the unusual”. Another, dan ba/pa ka wi anyen ki bon – teeth don’t laugh at anything good,” he explained.

In 2017, Frank sought help from his wife to assist in selecting pieces of his work to be published which he divided into 3 main topics: Serious, Love and Fun.

“To avoid “creator bias”, I asked my wife to comb through my writings and select the pieces that are “book-worthy”. That process led to the omission of several pieces that I thought were good enough for books but my wife didn’t agree. Anyway, I didn’t waste time arguing about the inclusion of more pieces, instead, I set out to write new songs and poems to meet the quota that I deemed sufficient to publish a solid book. Serious Thoughts on Paper is simply the compilation of the serious pieces that were shortlisted. I told myself that if I’m going to write books I must make a serious start, hence, the title of the book. MYROTE is derived from ‘My Lyrics our melodies: create’ as I’m offering my songs/lyrics to be sung however the reader chooses, as creative as possible. MYROTE can also be interpreted as “my wrote/writing”, Frank said.

Despite many believing that Patois is dead in Grenada, Fimber begs to differ. The author said while French Antillean Creole (Patois) language may not be completely erased, there is still a need to transform the language from just using simple words and phrases uttered in conversation to more complex sentences.

“I don’t agree with the belief that Creole is dead in Grenada. The truth is Grenadians use dozens of Creole words every day without knowing that they are speaking Creole. We say kaka jé/zyé, kaka poul, tjou poul, kagou, mawèt, takté, bunjé/bondyé, galé, konmès, tété, mako, makakwi, wi fout, pwèl, sòt and many more. All of these words are Creole words. The challenge is to be able to evolve beyond the one-one words to sentences and questions. Everyone knows, sa ki tann, palé lòt – who hear, tell other(s); we need more of that (nou bizwen pli an sa).”

Frank recalled an incident where his knowledge of the Creole dialect played a critical role in assisting a tourist with a medical emergency!

“In 2019, I was visiting one of my aunts in the General Hospital. While I was walking to the nurse’s desk to inquire about my aunt, I heard a patient in an accent saying, glo, glo. I went to her bedside and asked, ès ou vlé glo? She answered, wi. That was the start of a long conversation with a Martiniquan tourist who came to Grenada on a cruise ship and fainted somewhere on the island. She was still unconscious when admitted to the ward. Naturally, when she regained her consciousness, she had a lot of questions. However, she was not fluent in English and tried to get some attention in French and Creole. The nurse thought was she in a daze as she had fainted. But she was not. She was shouting glo meaning water. She wanted water and no one was able to understand her. That strengthened my belief that we need to revive Creole. In the conversation, I became the interpreter as the lady inquired about the reason why she was in the hospital, what happened to her clothes (she was in the hospital’s gown), what was in the food, etc.”

In recent times governments throughout the islands especially in Dominica have been trying to breathe new life into an old language by teaching it to primary school students. Frank believes that Grenada should follow suit to preserve the island’s Cultural Heritage.

“During the colonial era, French or British power, Creole was not valued thus the education system would have never allowed it. Now, it is rightfully recognised as part of our cultural heritage and the move is being made to teach it in schools. In my opinion, Grenada should introduce Creole into the school curriculum from an early age. Studies have shown that learning a language enhances problem-solving skills, creative thinking capacity, memory function, etc. Add these benefits to reclaiming what’s yours and the opportunity to place Grenada among the other vibrant Creole-speaking countries and territories.”

“The Ministries of Culture and Education can work together to promote Creole through music, poetry, arts, etc. All of these things can be achieved with the help of the ministries in St Lucia and Dominica, along with support from Martinique, Guadeloupe, Haiti and others. I spend a lot of time listening to Creole music such a Zouk, Kompa and Cadence-lypso. Music is a great way to learn a language. Everyone knows, zouk-la sé sèl médikanman nou ni – the zouk is the only medicine/remedy we have. That’s Creole, a classic from the band Kassav. Imagine if Spicemas Corporation (SMC) decides to award bonus points for the use of Creole in all of the competitions. As simple as that may sound, it will encourage the use of the language,” he continued.

MYROTE Volume I: Serious Thoughts on Paper will be available in several stores across the island or one can purchase via www.amazon.com/author/fimber-frank-myrote in kindle or hard copy versions. The author can also be contacted via email at [email protected]

“I’m working on the other books, as Serious Thoughts on Paper is only the start of my journey as an author. I also have a YouTube channel called MYROTE. There, I teach Creole with the use of proverbs and expressions as well as try to make learning the language fun by teaching some Creole words and playing games. I’m inviting everyone to visit the channel. Not just visit but like, share, comment, and subscribe,” he said.

NOW Grenada is not responsible for the opinions, statements or media content presented by contributors. In case of abuse, click here to report.
Tags: curlan campbellfimber frankpatois
Next Post