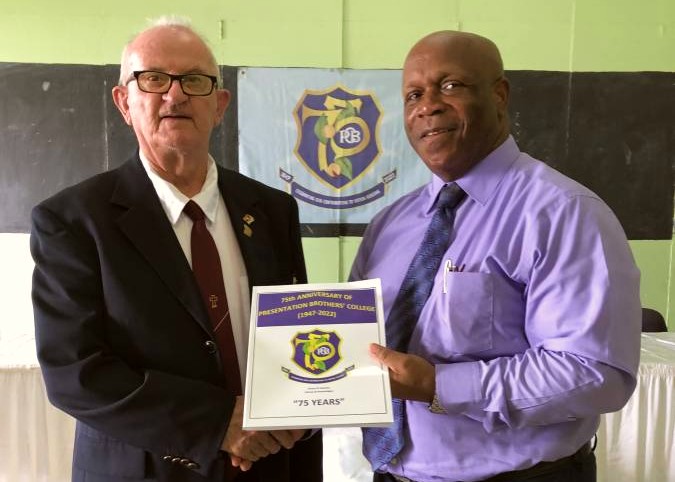 The 122-page collector’s magazine booklet is filled with nostalgic photos and articles tracing the humble beginnings of the Presentation Brothers College (PBC) from its inception by Irish missionaries in January 1947 under the leadership of Blessed Edmund Rice to its current status as one of the premier all-boys secondary schools on the island.

The book documents memorable highlights such as these and other historical moments in time using a tapestry of prose and pictures in chronological order to present the institution’s achievements in academia, sports and culture in an easy-to-read format.

Compiled by a team of past students led by Ronald “Pappy” Charles, the magazine booklet is also a collaborative effort between past students locally and in the diaspora, including the participation of current students.

In his remarks to mark the launch, Principal of PBC Dominic Jeremiah provided much insight into the extensive research missions to Ireland to retrieve information from the archives of Presentation Brothers. They included these and other pertinent information in this new publication. He said the in-depth research process provided valuable insight into the formative years of the institution and its founding fathers.

“We discovered a lot of things that we had an idea that existed, but we didn’t understand the depth of it, so we were able to get some documentation that guided some of the information that ended up in the magazine. So it was a process, and it was a good thing we started early because that gave us the breathing space to focus on what we needed to do to make sure that we deliver the magazine on time.”

Jeremiah was quite pleased to have finally launched this collector’s item, which current and past students can now purchase. He also highlighted the critical role played by past students in the diaspora in ensuring that production cost was covered. “I want to recognise the cadre of past students headed by Eric Holder, Ken Phillip and the New York, Canada and Grenada chapters of the Alumni who ensured that the magazine booklet went to the publisher on time and covered the cost of the printing… the management, staff and students of the school wish to express our deepest gratitude to all those who contributed financially to ensure that the final publication of the magazine became a reality.”

Jeremiah also congratulated PBC Alumni, a former teacher and Grenada’s new Prime Minister Hon. Dickon Mitchell, class of 1992. He was not featured in the magazine because it was printed months before the result of the general election. But Jeremiah said the committee would ensure to include him in the next edition. The publication also paid homage to other notable PBC Alumni who have served in areas of politics, such as former Prime Minister Dr Keith Mitchell.

Also featured prominently within the publication is a commemorative section to honour the legacy of Brother Matthias O’Sullivan, who played a significant role in the school’s development. Copies of the magazine are available at the school and later will be made available at select outlets in St George’s and Grenville. Celebrations to mark the 75th anniversary year will continue until 21 January 2023. 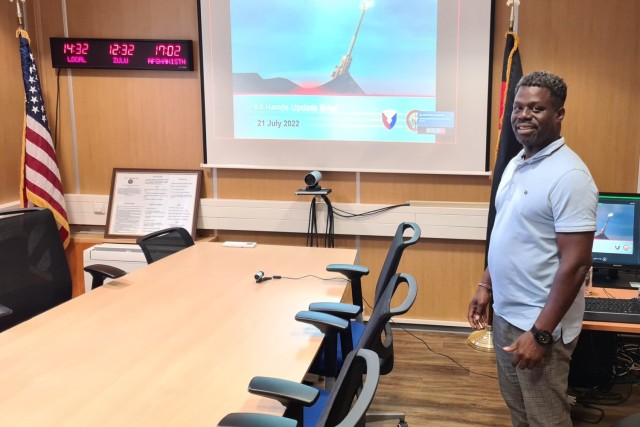