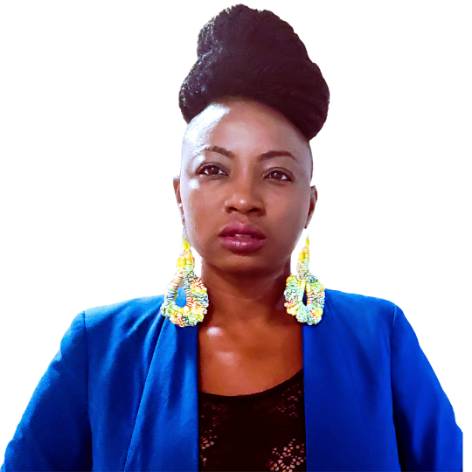 The multi-hyphenate continues to inspire a generation of content creators in Grenada and beyond.

Philip is one of 18 film directors from the region invited to participate in the first Open Door Screenings in Locarno, focusing on the cinematographic and cultural experiences of Latin America and Caribbean countries.

Scars of Our Mother’s Dreams is a film inspired by Philip’s life and shares the experiences of three Grenadians, Dr Anthony D Bridgeman, Natasha La Mothe, and Melissa Jeremiah. Philip stated, “I am honoured to have Scars screened at Locarno and to see that this Grenadian story resonates with so many people globally.

The Locarno Film Festival is an annual event held in August in Switzerland; it is one of the world’s longest-running, most prestigious film festivals. She excitingly stated, “this is the year of a lot of firsts – it is the first year the Locarno Open Doors Programme and Screenings section explores the diverse filmmaking of Latin America and the Caribbean. I’m the first Grenadian filmmaker invited to participate in the festival; this is a fantastic and timely opportunity for me, the 1261 Film Festival, and Grenada.”

As a filmmaker, her work centres around social justice issues from immigration to human trafficking and reproductive justice — to celebrating Grenadian and Caribbean culture and creativity. Philip is just getting started and has several projects in development. She is directing and co-producing a feature documentary in the US focusing on reproductive justice for women of colour. She is writing her first feature narrative film, adapted from the book “Beautiful Love“ by Suzette Joseph, a Grenadian- Canadian author. She is also producing a documentary about Gordon de la Mothe, a Grenadian artist, activist, and educator whose works garnered international recognition and were a pivotal contribution to the development of the arts sector in Grenada.

With the 1261 Film Festival around the corner, from 26-30 October 2022, Philip and her team are busy planning the programmes for the festival. Call for submissions are open until 28 August 2022. Grenadian creatives are encouraged to submit short/feature films, music videos, drone films, and animations. There is a submission fee for all projects. However, artists in need will be able to qualify for the Grenadian Filmmakers Incentives program (GFIP), a subsidised programme initially funded by the 2021 UNESCO grant. GFIP offers a submission fee discount waiver, workshop subsidies, and a discount on a portion of other festival-related costs incurred by Grenadian filmmakers wanting to participate in the 1261 Film Festival. Interested filmmakers should email [email protected]

Philip has managed to give life to an initiative that makes other creatives feel seen and heard. Conversely, as creators look to her for inspiration on navigating the industry and their careers, they aren’t the only ones who should be taking notes. Philip is appealing to Grenada’s public and private sectors to expand their partnership with creatives on initiatives that spread awareness of their brand story and introduce their brand to audiences that may have never even known it existed. Last year, UNESCO supported Philip to facilitate the 1261 Film Festival and advocates for fair representation in the arts.

Newly elected Prime Minister Hon. Dickon Mitchell has pledged to support the transformation and development of Grenada’s creative sector and economy, which is inclusive of the film industry. Philip believes that together, we can help shine a light so the work of unseen emerging or seasoned artists can be seen in Grenada and beyond.

For more information about the 1261 Film Festival, contact [email protected]

NOW Grenada is not responsible for the opinions, statements or media content presented by contributors. In case of abuse, click here to report.
Tags: 1261film festivallocarno film festivalmeschida philipswitzerland
Next Post