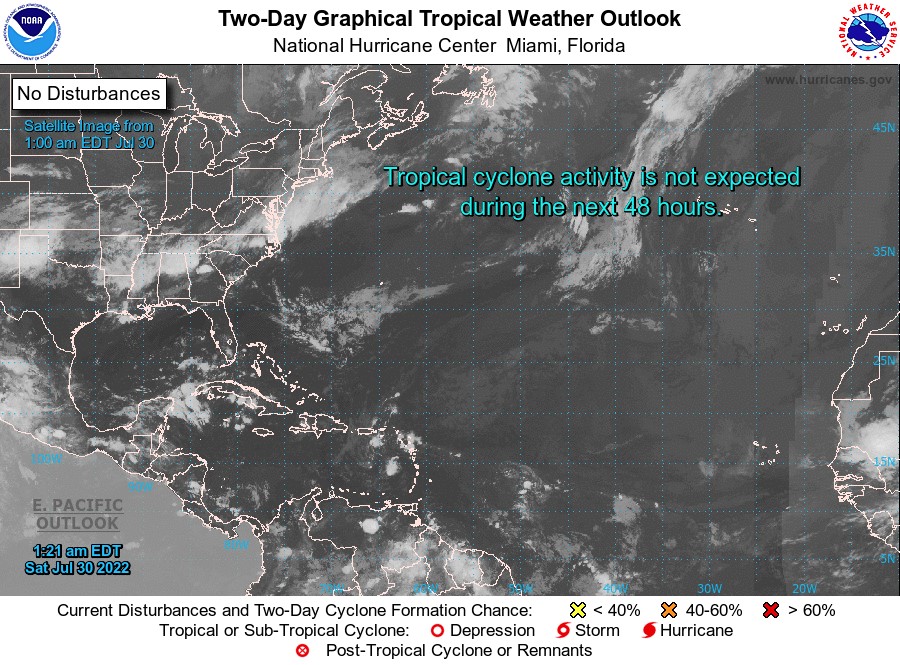 Tropical Wave # 1: An eastern Caribbean tropical wave which increased in forward speed during the last 24 hours, traversed the island chain tonight. It has its axis along 62°W, extending from 21°N southward, 31 nautical miles (nm) west of Grenada. It is moving westward at 15 kt to 20 kt. Scattered showers are occurring near the trough axis, primarily from 13°N to 22°N. The wave generated cloudiness, scattered showers and thunderstorms along the Leeward Islands and northern Windwards. However, the southern portion of the wave remains embedded in a dry and dusty Saharan airmass which is suppressing cloud development and showery activity. Hence, only some brief, isolated showers are expected across Grenada tonight.

Weather models suggest that if environmental conditions are favourable, there is a medium chance of isolated to scattered showers on Saturday (mainly overnight) from moisture and instability trailing this wave.

Tropical Wave # 2: A central Atlantic tropical wave has its axis along 50°W, extending from 05°N to 21°N, 673 nautical miles (nm) east of Grenada. It is moving westward at 15-20 kt. A few showers are noted near the axis of the wave. Weather models suggest that the axis of this wave will traverse the island chain on Sunday if it maintains its current forward speed; inducing cloudiness and light to moderate, scattered showers with a low chance of lightning and thunder. However, the likelihood of significant rainfall from this wave, across the State of Grenada, will be reduced if the concentration of Saharan dust persists or increases in the wave environment over the next 2 days.

The Meteorological Service will continue to monitor the progress of this wave and provide updates in a timely manner. 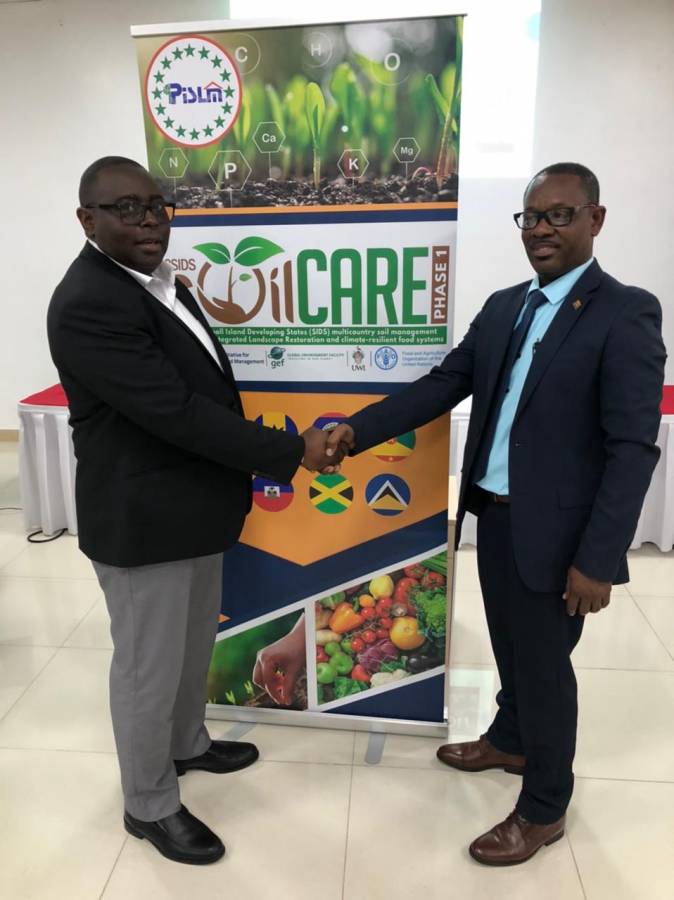