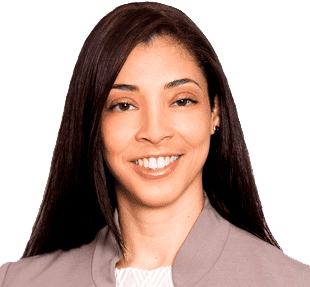 NDC treasurer to serve on Grenlec’s new Board

NDC treasurer to serve on Grenlec’s new Board

Andrea St Bernard, elected treasurer of the National Democratic Congress (NDC) when it held its convention on 31 October 2021, is among the Dickon Mitchell administration’s appointees to serve on the Grenada Electricity Company (Grenlec) Board.

A notice in the 29 July 2022 issue of the Gazette said Cabinet, at its meeting on 18 July 2022, approved the appointment of 6 new individuals to serve on the reconstituted Board for 3 years. The new chairman is Benedict Brathwaite, replacing Dr Shawn Charles. The latter was appointed in 2020 after the Government repurchased majority shares in the company following a court order.

The other new directors are Rodney George, Hugh Thomas, James Pitt and Lazarus Antoine. They replace Michael Archibald, Kent Mitchell, Duane Noel, Alexandra Otway-Noel, and Kay Simon. According to the Gazette, Dorsett Cromwell, Winnifred Duncan-Phillip, and Linda George-Francis will continue to serve on the Board as per their previous appointment. According to the company’s bylaws, the majority shareholder can have 6 individuals elected to the Board.

Grenlec is currently the country’s major supplier and distributor of electricity. In 1994 it was privatised, and the main shareholder became WRB Enterprises, an American energy company. However, in late 2020 Government repurchased the majority of shares, and since then, the company, though owned by the Government, operates as a private company per the Companies Act.

The Government had to repurchase the shares when WRB initiated legal proceedings in 2017 following the approval of a law by the Parliament of Grenada in 2016 to liberalise the electricity sector under a World Bank-funded OECS project.

While the Government of Grenada is the majority shareholder, other shareholders include the National Insurance Scheme (NIS), which has over 10% shares, other companies and private individuals.

The 2016 law was a direct outcome of the 2011 World Bank’s Eastern Caribbean Energy Regulatory Authority project. That project sought to diversify Grenada’s energy sector to include renewables, thus enabling the country to meet its international commitments to reduce harmful greenhouse gases and the cost of electricity to support private sector development.

The legal action by WRB was grounded in a clause in the 1994 Share Purchase Agreement signed by the then National Democratic Congress (NDC) administration which provided the company with a monopoly on the generation and distribution of electricity. This monopoly also imposed restrictions on individuals and corporations seeking to generate electricity for their use.

Following the 23 June General Elections, in one of his first interviews, Prime Minister Dickon Mitchell disclosed that one of his Government’s priorities for the first 12 months will be to seek a strategic partner to take over the majority shares of Grenlec so that the company can continue “on a path of being well run” and “profitable.”