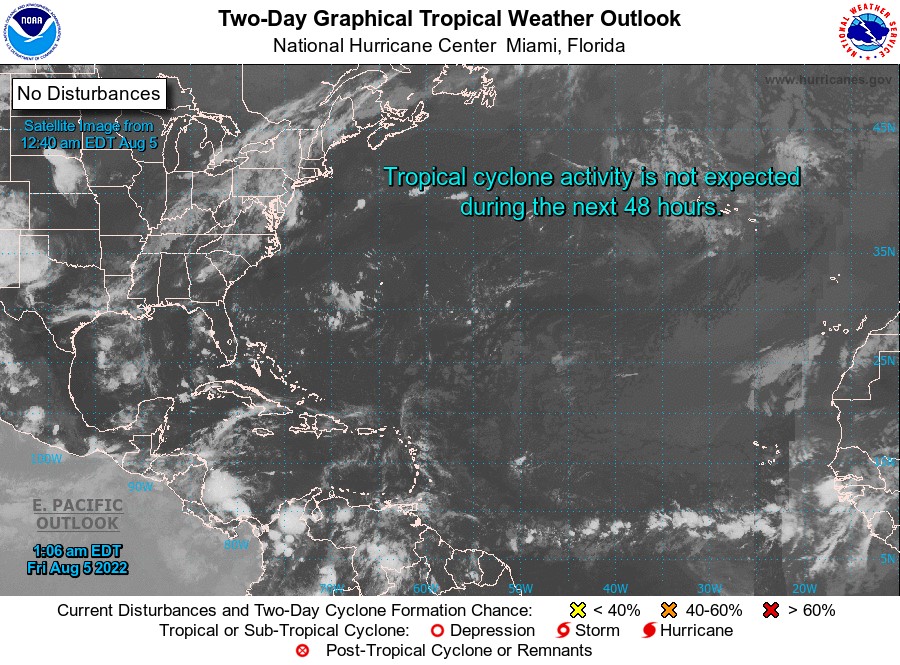 An Atlantic tropical wave extends along 44°W, from 04°N to 21°N or 1039 miles east of Grenada, moving west at 20kt. Convection is isolated and weak near the southern portion of the wave.

A tropical wave previously in the western Atlantic has been relocated farther west into the eastern Caribbean based on 8 pm surface and upper air observations from the Lesser Antilles. It is currently analysed along 62°W, or 18 miles west of Grenada from 05°N to 19°N, moving west at 20kt. No significant convection is observed near the wave.

The Meteorological Service will continue to monitor the progress of these waves.